MotoGP has finalised the end of the 2021 calendar, confirming the official cancellation of the Argentine Grand Prix and announcing the name of the second Misano race.

The 2021 schedule has been heavily affected by the COVID-19 pandemic, with the original calendar published at the start of the year undergoing a number of revisions.

Over the course of the year, races in Thailand, Malaysia, Australia, Japan and Finland were all cancelled, while the Argentine GP – originally scheduled to take place in April – was indefinitely postponed.

MotoGP and governing body the FIM has now confirmed the cancellation of the event for a second year in a row – though its running never was a realistic prospect in 2021.

Following the cancellation of the Pacific flyaway races, MotoGP pencilled in the Grand Prix of the Americas in Austin for the beginning of October, while adding a second Portugal race in November.

A second Misano race was also added to the schedule to take the 24 October slot vacated by the Malaysian GP.

MotoGP has announced the event will be known as the Emilia Romagna and Made in Italy Grand Prix. 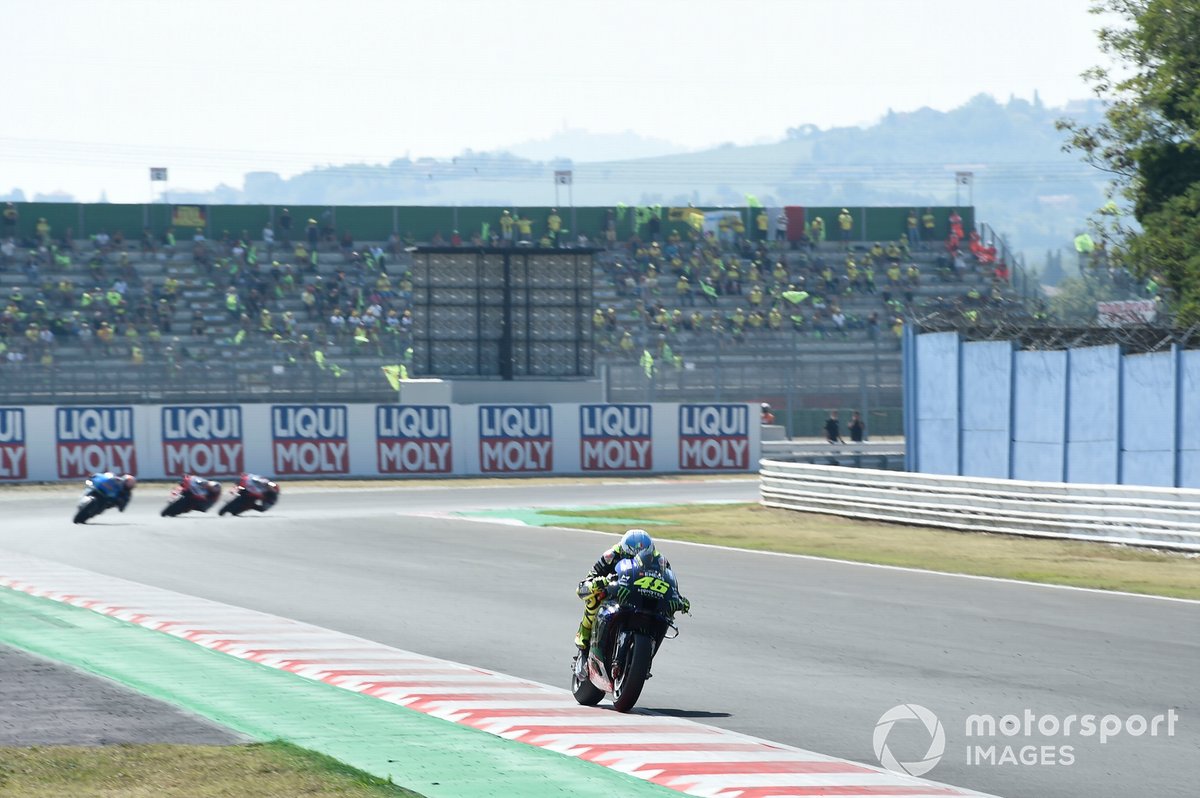 The season will conclude on 14 November at Valencia, before the first official test of the 2022 season gets underway on 18-19 November at Jerez.

"The final calendar for the 2021 FIM MotoGP World Championship can now be confirmed," a statement read.

"The 2021 season will comprise a total of 18 Grands Prix, with no more events to be added.

"The event was previously postponed, but the ongoing COVID-19 pandemic, logistical restrictions and prior infrastructure damage have obliged the cancellation.

"MotoGP looks forward to returning to Termas de Rio Hondo in April 2022 to greet the incredible fans who flock to the venue from across South America, with all parties working towards extending the collaboration for further years.

"The name of the second Grand Prix at Misano World Circuit Marco Simoncelli, set to take place from the 22 to the 24 of October 2021, can also be announced.

"The event will be the Emilia Romagna and Made in Italy Grand Prix, with helmet manufacturer and long-term partner of MotoGP, Nolan, taking top billing.

"The official name of the event is therefore the Gran Premio Nolan del Made in Italy e dell’Emilia Romagna."

MotoGP’s decision to press ahead with the US race comes amidst a dire COVID-19 situation in Austin, with hospitals exceeding capacity due to a sharp increase in infections.