Francesco Bagnaia grabbed pole for the MotoGP Aragon Grand Prix by blasting the lap record to lead a Ducati 1-2 ahead of team-mate Jack Miller and Yamaha’s Fabio Quartararo.

The old lap record at Aragon has stood since 2015, but Bagnaia blasted this to claim his second pole of the 2021 campaign and the 50th for Ducati in MotoGP.

Avintia rookie Enea Bastianini set the early pace with a 1m47.578s on his first appearance in Q2 in 2021, but was quickly deposed by Ducati stablemate Bagnaia with a 1m46.908s on his factory Desmosedici.

Bagnaia briefly led a Ducati 1-2 from team-mate Jack Miller, but Marc Marquez split the pair on his second flying lap on the Honda.

Quartararo’s first flying lap left him third, but he lost over four tenths of a second in the final sector having been up for the rest of the lap.

The Yamaha rider duly blitzed his way through the first three sectors of his next effort to come into the final split over half a second to the good – which allowed him to go top with a 1m46.727s.

This lap would be good enough to keep Quartararo in the provisional pole position, however, as Bagnaia opened up his second run he produced a new lap record of 1m46.332s.

Bagnaia would go unchallenged through to the chequered flag, with team-mate Miller his nearest rival at 0.366s adrift – marking Ducati’s first 1-2 in qualifying since Aragon 2018.

Quartararo completed the front row with a 1m46.719s to extend his run of successive top three qualifying results to 11 this season. 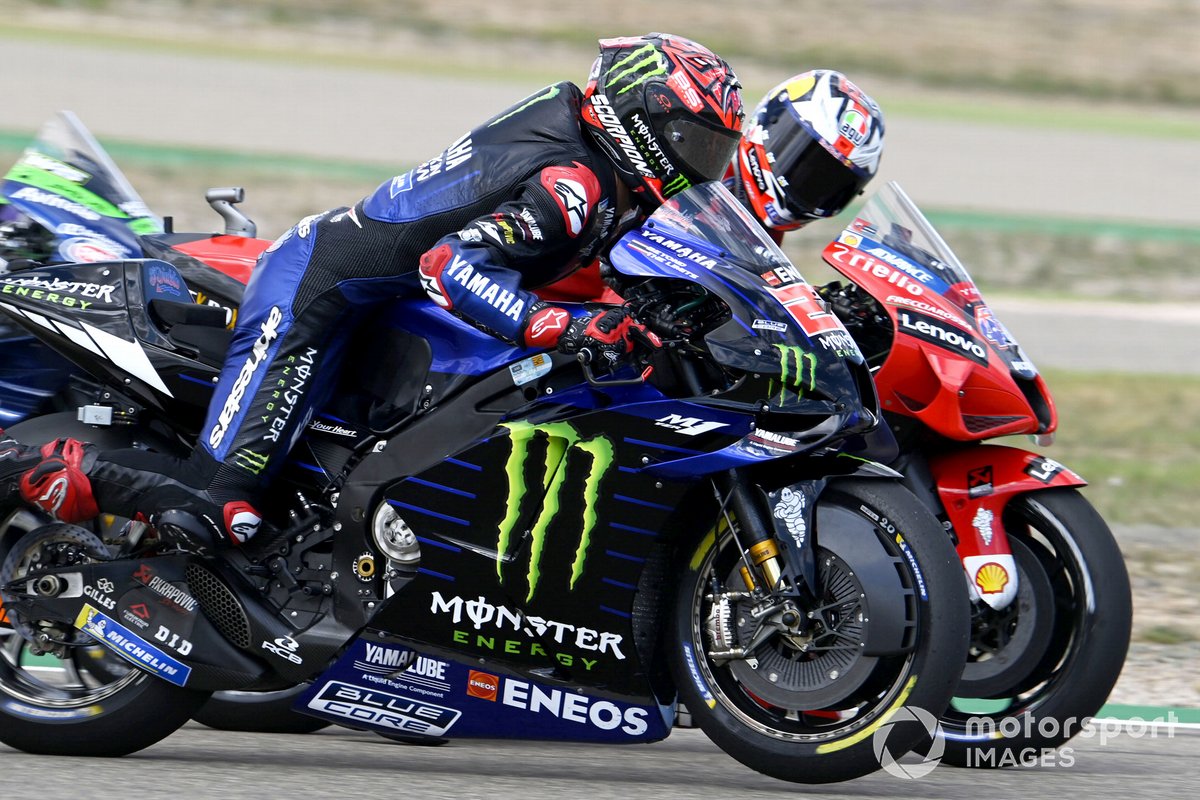 Miller’s late improvement to second came at the expense of a front-row start for Honda’s Marc Marquez, who will start fourth after missing out on third by just 0.017s.

Jorge Martin held provisional pole briefly early in the session and will start fifth on the Pramac Ducati ahead of Aprilia’s Aleix Espargaro.

The latter’s 1m46.883s demoted world champion Joan Mir down to seventh on the Suzuki, with the Spaniard lucky not to be collected by Marquez at Turn 1 at the end of the session.

Pol Espargaro mustered eighth on the sister factory Honda from Bastianini and Q1 pacesetter Johann Zarco (Pramac Ducati), while Takaaki Nakagami was 11th on the LCR Honda and Brad Binder – who followed Zarco through Q1 – only 12th on the KTM having been left without any fresh soft slicks for Q2.

The big shock of qualifying came in the form of 2020 Aragon GP winner Alex Rins on the Suzuki registering his worst Saturday result of the season.

The Suzuki rider ended up 0.497s off session-leader Zarco and will start 20th after an unsettled Q1 for Rins, with only Petronas SRT duo Valentino Rossi and Jake Dixon behind him on the grid. 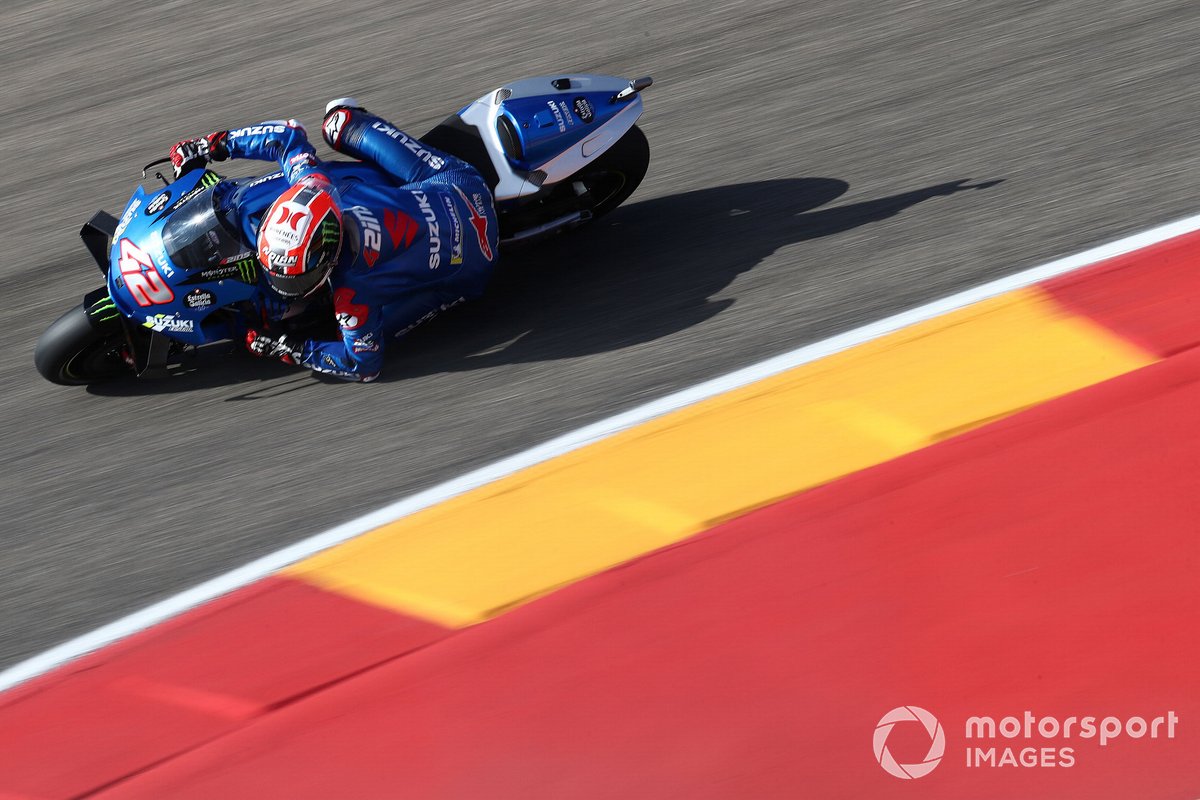 Tech3 KTM’s Iker Lecuona’s strong recent form continued into qualifying at Aragon, with the Honda World Superbike-bound Spaniard just over a tenth away from a Q2 place in 13th.

Luca Marini on the Avintia Ducati will start 17th ahead of KTM’s Miguel Oliveira, while Maverick Vinales will launch from 19th on his Aprilia debut on Sunday.