Championship leader Dovizioso has endured two difficult races after winning the season-opener in Qatar, and suggested after the last race at Austin that the GP18's weak points were track specific.

But factory team-mate Lorenzo, who languishes 16th in the table with just six points, says the 2018 Ducati "creates some more problems than the bike from last year".

"Last year I had a great progression in the last seven races, eight races, [it] was coming better and better," he said.

"Unfortunately we changed the bike and this [new] bike looks like was really good in Sepang [testing] to make one, two or three laps very, very quick - in fact, I break the record of the track - but also this bike creates some more problems than the bike from last year.

"And for the moment the connection with the bike is not the best one.

"I had a few good moments during these three races that I could demonstrate my speed, but not really, really fast like I would like to be."

Dovizioso disagreed with Lorenzo, insisting the current bike is a step forward in terms of turning.

"I don't agree," Dovizioso said ahead of the fourth round of the season at Jerez. "I think the difference from the bike of last year is very small.

"For my feeling, for my riding style, in the middle of the corner I think [it] is a little bit better.

"There isn't a big change from last year, and I didn't feel a negative point from the 2017.

"Also with the result, I did a similar or better result than last year, so for me [it] is quite OK." 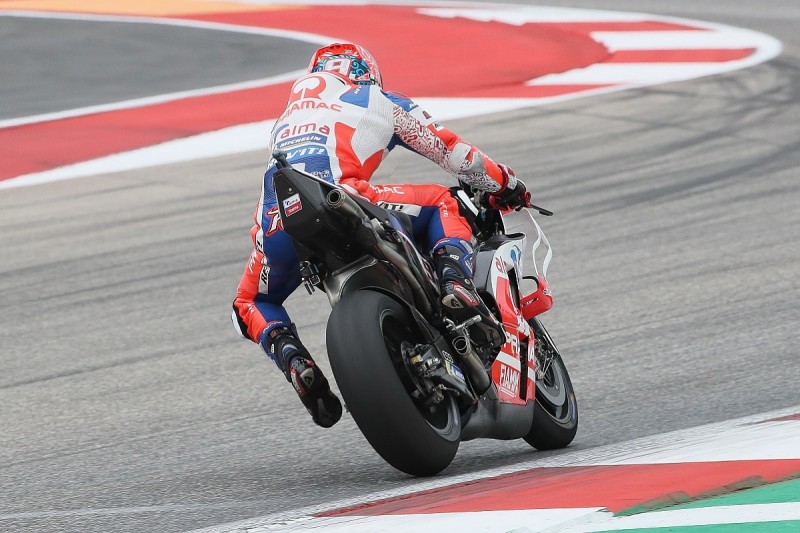 "In the last two races for sure we have this doubt at the moment," said Petrucci.

"In Argentina we start to have some problems and we found the GP17 more competitive - both Miller and Rabat have been competitive in Argentina, maybe more than me and Dovizioso.

"For me, Austin was a disaster race - we saw that with GP18 we change a lot of things, we struggle to find the good set-up.

"At the moment, there is not a big difference [to the old bike] - maybe you have an advantage with the GP17 because you already know which direction to go."