Dovizioso snatched the lead from Marquez late on, managing to improve in the final sector despite encountering the Aspar Ducati of Alvaro Bautista.

Dovizioso's team-mate Jorge Lorenzo led the session at the start, but it was Marquez who took control by the end of the opening runs, posting several laps below 1m40s as the only rider to dip below that bracket at that stage.

The reigning champion's best effort, a 1m39.548s, left him half a second clear of nearest rival Cal Crutchlow - but shortly after the session's hallway point, the LCR Honda rider matched Marquez's time exactly.

Valentino Rossi then shot up from 10th to first, leading briefly before Espargaro took over at the top with five minutes left on the clock with a 1m39.311s.

But this effort was quickly surpassed by Marquez and then Dovizioso, with the latter recording his session-topping time of 1m39.268s 30 seconds before the chequered flag fell. 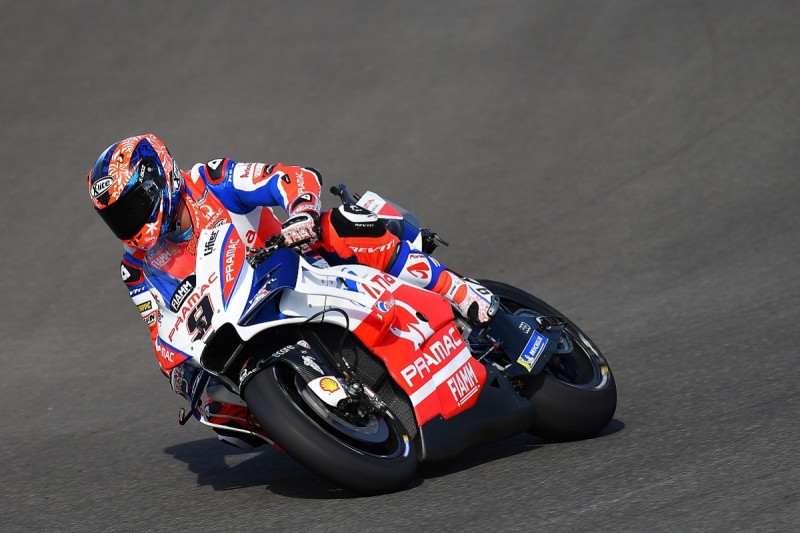 Pramac pair Danilo Petrucci and Jack Miller made it three Ducatis in the top five, with the former snatching fourth place at the end of the session.

Rossi did not improve in the final minutes but still wound up as the top Yamaha rider in sixth, ahead of Tech3 Yamaha rider Johann Zarco and Crutchlow.

The other works Yamaha rider Maverick Vinales spent most of the session well outside the top 10, only to find pace late on and take ninth.

Scott Redding was right behind Vinales as the top Aprilia, rounding out a top 10 covered by just 0.317s.

Both works Suzukis were outside of the top 10, with Andrea Iannone 11th and Alex Rins down in 21st, while Lorenzo was classified 15th.

Bradley Smith, in the first session following the news that he will lose his KTM factory ride at the end of the year, was 20th.