Fabio Quartararo is on pole position at Barcelona after topping qualifying for the 2021 MotoGP Catalunya Grand Prix. Here’s how and when you can watch the race.

The championship leader and defending Catalan GP winner pipped Ducati's Jack Miller by just 0.037s to secure top spot, prior to the Australian taking a tumble at Turn 3.

Friday pace-setter Johann Zarco joins them on the front row in third, while KTM rider Miguel Oliviera took his best qualifying position of the year in fourth ahead of Franco Morbidelli's SRT Petronas Yamaha.

In his first weekend working with new crew chief Silvano Galbusera, Maverick Vinales will start sixth on the second factory Yamaha, while Aleix Espargaro continued to impress on the Aprilia in seventh.

Brad Binder on the second factory KTM will start eighth, with Ducati's Francesco Bagnaia alongside, while a late track limits infringement cost reigning MotoGP world champion Joan Mir a spot on the front row and dumped him back to tenth.

Last year's Catalan GP runner-up Mir was doubly unhappy after the session, pointing out that his Suzuki bike 'hasn't improved' since 2020.

Valentino Rossi (SRT) and Pol Espargaro (Honda) both crashed and will start from 11th and 12th positions, although the latter at least denied team-mate Marc Marquez a place in Q2 by 0.011s.

On his return from injury, Jorge Martin qualified 15th on the Pramac Ducati. 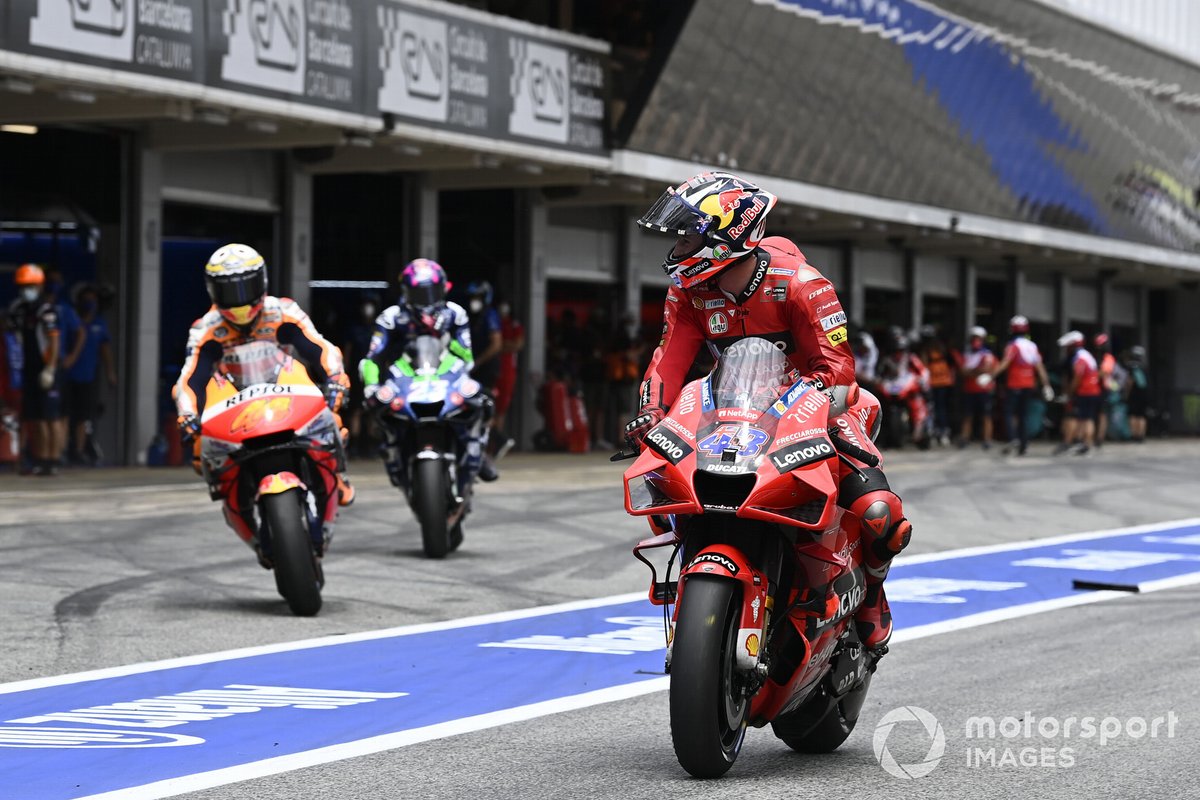 When is the MotoGP Catalunya Grand Prix?

In the United Kingdom, the Catalunya GP race day will be broadcast live on BT Sport, which has live broadcasting television rights for the entire 2021 MotoGP season. The race will be shown live on BT Sport 2, with race coverage starting at 11:30am BST, directly after the Moto3 race. BT Sport will also be showing the Moto2 and races from Barcelona. 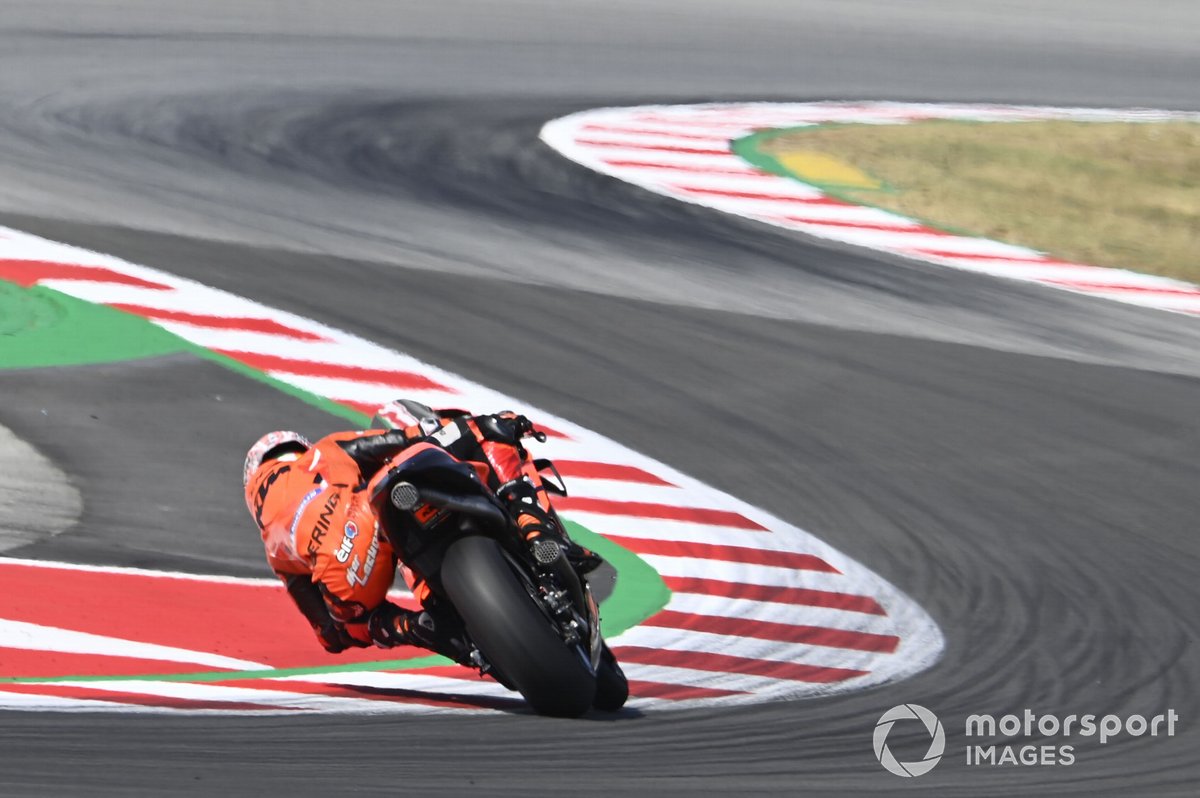 How can I watch the Catalunya MotoGP highlights?

What's the weather forecast for the race at Barcelona?

Cloud and dry weather conditions with sunny spells are forecast for the Catalunya Grand Prix at Barcelona on Sunday afternoon, with very low chance of rain and a high of 22 degrees Celsius for the start of the race.