Marc Marquez doesn’t believe Honda will gain concessions for the 2022 MotoGP season as he is convinced the marque will score at least one podium before the end of 2021.

Honda is in the midst of one of its toughest seasons in MotoGP, with the marque yet to score a podium in the first six races and currently sits fifth in the standings – just three points clear of Aprilia.

This follows on from a largely difficult 2020 in which Honda registered its first winless campaign in the premier class since its full-time return in 1982 and only scored two podiums – though its lack of results was largely down to Marquez’s injury absence.

Should Honda go through 2021 without ever reaching the rostrum, it will become a concession manufacturer, which means it will be able to develop engines in-season and carry out private testing with race riders.

Marquez – having qualified 13th for Sunday’s Catalan Grand Prix – admits concessions would be “nice” for Honda to help boost its form, but doesn’t believe it will come to that.

“I mean I wish that we don’t have the concessions because that means we will have a podium and maybe a victory,” Marquez said when asked by Autosport about Honda potentially gaining concessions.

“But anyway, now of course we’re in a difficult moment and everything we can have for the future, some advantage, will be nice for us.

“But I don’t think that we will get the concessions. 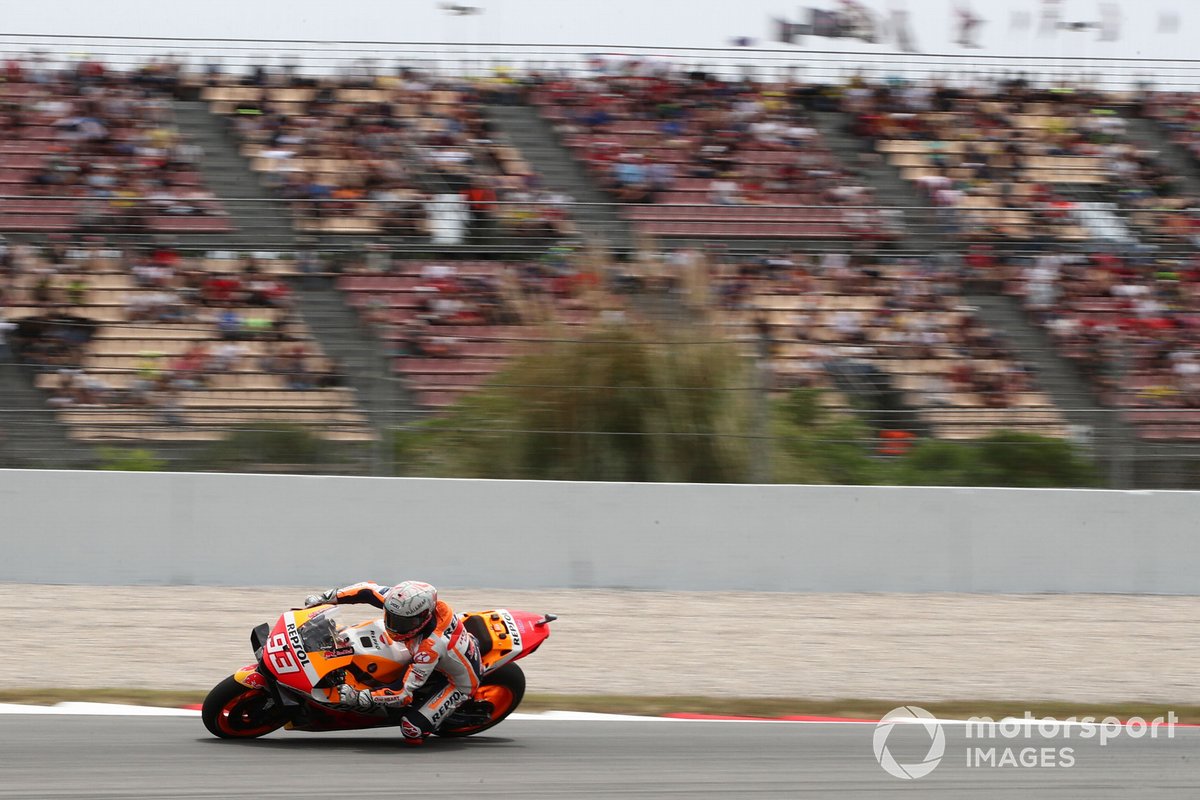 “Honestly speaking I think we will get a podium before the end of the year.”

Marquez’s comments came after Honda team-mate Pol Espargaro said HRC “needs them”, mainly due to the fact he had only five days of testing on the bike before the season started.

“I'm not ashamed, honestly, and I don't think Honda should be ashamed to think about concessions,” Espargaro – who qualified 12th at Barcelona after a crash in Q2 - said when Autosport’s Spanish language version of Motorsport.com asked him about concessions.

“We are in the elite [level] of motorcycling and everybody invests a lot of money here, and no matter how much you invest, you don't get better results.

“That's racing. I'm not ashamed to make concessions and, if I have to be honest, right now we need them.

“Because we don't have test days, I have only done five this season, which is nothing.

“The bike is not at the level we would like it to be, and next year we will have the same testing days.

“So, we will be in the same situation we are in now.

“Of course, the concessions would be very useful for us. I've been in this situation before to turn it around and be where we need to be.”