The Australian two-time champion had his first taste of Ducati's new-look GP17 during a private test at the track last week, appearing on Thursday and Friday for his first laps of the year.

However, both days were affected by poor weather, preventing Stoner and Michele Pirro - who was on track for all three days of the test - from completing their respective testing programmes.

Ducati has decided it will run a third bike on all three days of the upcoming Sepang test, with Stoner riding on Monday and Pirro on Tuesday. 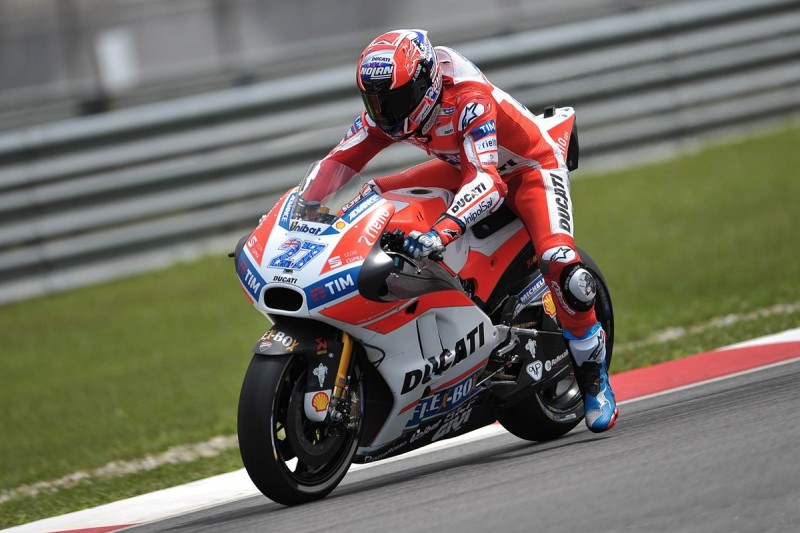 A decision will then be taken as to who gets to ride the third GP17 on Wednesday alongside race riders Jorge Lorenzo and Andrea Dovizioso, who will be in action on all three days of the test.

Ducati rented out Sepang on Sunday for a filming day, with Lorenzo and Dovizioso appearing on old bikes for promotional purposes.

However, with conditions improved compared to earlier in the week, Stoner and Pirro both took the opportunity to complete a few extra laps in anger on the GP17 ahead of the start of Monday's running.