Following a development race started by Ducati, winglets are banned for the 2017 season, with manufacturers slowly rolling out revised fairing designs to recoup the lost downforce.

With Ducati expected to keep its solution secret until the Qatar season opener, Lorenzo completed his first Ducati test at Valencia last November with winglets fitted before running without them at Sepang and Phillip Island in recent weeks.

Noting that the impact "depends on the circuit", the three-time world champion said the absence of winglets was noticeable last week at the fast and flowing Australian track.

"At Sepang we didn't feel the difference so much, but [at Phillip Island] you feel it, especially with the wind," he said.

"In sixth gear the front starts moving and you need to cut [the throttle] earlier. Sepang was more stop-and-go and we didn't feel it so much.

"It's obvious that the Ducati was the most advanced in that sense and with the new rules it lost one of the advantages it had.

"We'll have to have a different bike to make up for that and not lose so much when turning." 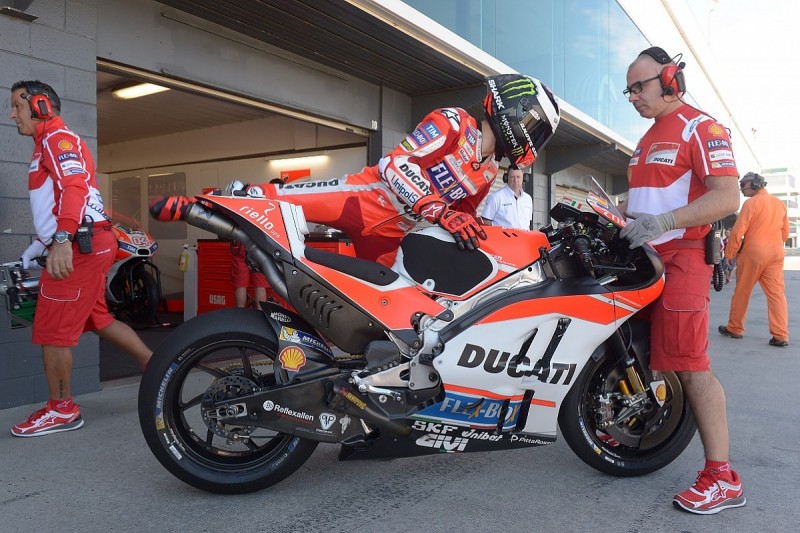 Lorenzo's new team-mate Andrea Dovizioso said following the Sepang test that running without winglets was improving Ducati's turning, which has been its biggest weakness.

Still learning his new bike and having admitted "something is still not right", Lorenzo finished the three days at Phillip Island with the eighth-fastest time.

While he was 0.793 seconds off the pace set by his Yamaha replacement Maverick Vinales, he was one spot and 0.094s behind Dovizioso.

"We've made a lot of progress, that's clear, especially on the final day," he said.

"It's very hard to change the old habits and I assume it will take less time every time.

"This bike requires the opposite riding style, but once you understand that you make a step forward.

"With new tyres the bike was also working much better. But on this track all the Ducatis struggled.

"It's a track where you are going full throttle only on the straight, which is our biggest advantage.

"It's also the bike that suffers the most from the wind. We don't turn the same way as the others."