The German is one of four riders stepping up from Moto2 this year, and partners Moto2 world champion Johann Zarco in Tech3's all-rookie line-up.

Folger was 15th fastest in the opening pre-season test at Sepang, and set the 10th and seventh-fastest times on the opening two days at the Australian Grand Prix venue.

He improved again on the final day to end the test fourth, his 1m29.042s effort 0.493 seconds off the pace set by Maverick Vinales.

"I was surprised after the lap time that I made [on Friday] morning, and what was good was that many times we were close to that lap.

"So it was not just one quick lap but also we were quite constant and also on used tyres we were able to set up electronic settings, which worked really well on used tyres and will be important for the race." 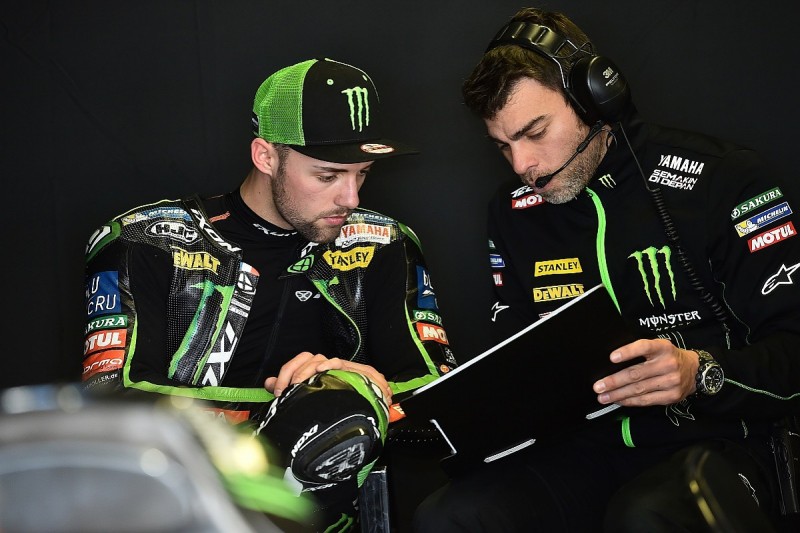 Folger did crash within the final hour of the test, but was able to get back.

"I lost a bit the confidence, I was a bit worried, I didn't want to end the day like this," he said.

"So we put new tyres on bike number two and a full tank and we went out again, we said 'OK, maybe we can not make a race simulation, but at least I tried to make as many laps as possible'.

"I did 11 laps and also on the last lap I was doing a 1m29.3s and every lap I went faster, so it was quite positive and it was important after the crash to get the feeling back."

Of the other rookies in the field, Suzuki's Alex Rins wound up two places behind Folger in sixth, Zarco was 14th and Sam Lowes finished 21st on Aprilia's 2016 bike.

"Almost every rookie is adapting quite fast," Folger said.

"That means Moto2 is quite the high level, for sure.

"It will be really tough, because Rins will be there in the race, fighting with me.

"He's a really strong racer and also Johann is very constant and if everything comes together Johann is also fast."