Rain into Thursday evening at the resurfaced Le Mans meant practice on Friday morning started on a wet track.

Enough of a dry line did emerge for riders to use slicks at the end, even though Jack Miller's 1m37.467s lap to lead the way was four seconds slower than last year's fastest race lap.

Another storm hit the circuit before second practice, which was run in full-wet conditions, with forecasts indicating the remainder of the weekend should be dry.

Since Crutchlow entered MotoGP in 2011, two Le Mans races have been run in the wet, including in '13 when he finished second.

Inclement weather has been part of other French GPs, which prompted him to suggest the race should at least be held at a different time of the year.

"A wasted day - again at Le Mans," said Crutchlow, who was fourth-fastest in the morning but only 13th and 1.667 seconds off the pace in the afternoon.

"It's just a joke, I don't know why we come here again at this time of the year.

"I believe we should have a race in France, I like coming to France, the fans are completely mad and I have a good rapport with them.

"I can't tell you a year I've raced in MotoGP where it's been sunny all weekend, I don't think.

"I love Le Mans, the history is superb, bike racing at Le Mans is massive as well as car racing. 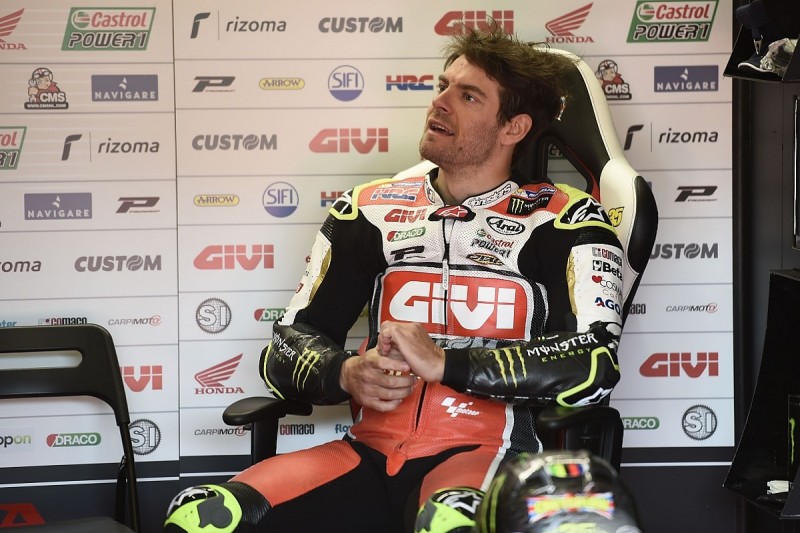 "But the circuit's no good. It's stop-start and the time of the year's always raining."

Crutchlow said the day's running was of limited use, and he believes he could have been closer to the pace if required.

"I learned that this afternoon I wasn't fast enough for some reason, when I'm always fast in the rain and the mixed conditions," he said.

"I didn't take any risks this morning, at all, because it could've been one of those sessions that can easily end your championship quite fast when there's no need.

"Sunday's not going to be like that, I don't think.

"This afternoon, for how many problems I had, the pace was good.

"You have to do a lot of laps to generate heat into the tyre to go fast, but I had a really, really bad feeling with the tyre.

"For some reason I kept losing the bike in the middle of the corner off gas and then I couldn't open the throttle.

"We'll investigate it, but I'm confident I could've been really fast today if I needed to be."

MotoGP to revert to late-2016 Michelin front tyre from Mugello