Miguel Oliveira says KTM has “hit a wall” in terms of performance with its 2021 bike at the Losail circuit during MotoGP’s Qatar test.

Much was expected of KTM during the 2021 pre-season after scoring three victories last year and being allowed to start the new campaign with a new motorcycle along with only Aprilia.

But so far both the factory KTM riders and Tech3 duo Danilo Petrucci and Iker Lecuona have flown under the radar, with Thursday’s session the first one in which Brad Binder didn’t crash.

Oliveira ended Thursday 18th 1.4 seconds off the pace despite having a good feeling with his RC16, and admits nothing KTM is doing seems to be solving any of its problems.

“I felt quite good on the bike to be honest,” Oliveira said on Thursday.

"I would say the potential to go fast was the same as yesterday, and we just couldn’t match our best package in the best sectors.

“It’s still far from the top and it’s true that here it seems to be that we are suffering a bit more.

“But we are doing everything we can to come up with good solutions and take out the maximum from this package.

“This is the general feeling, that it seems like we’ve hit a wall, it doesn’t really matter what we do to the bike.

“We can make it slightly better, but it’s not quite there.

“It’s kind of hard to win with every change we make everywhere, so it seems a bit hard at the moment.

“But we don’t give up. It’s true we also tried a couple of parts, and when you focus only for set-up on your own bike it’s easier, but it’s a bit of a mixed job here.” 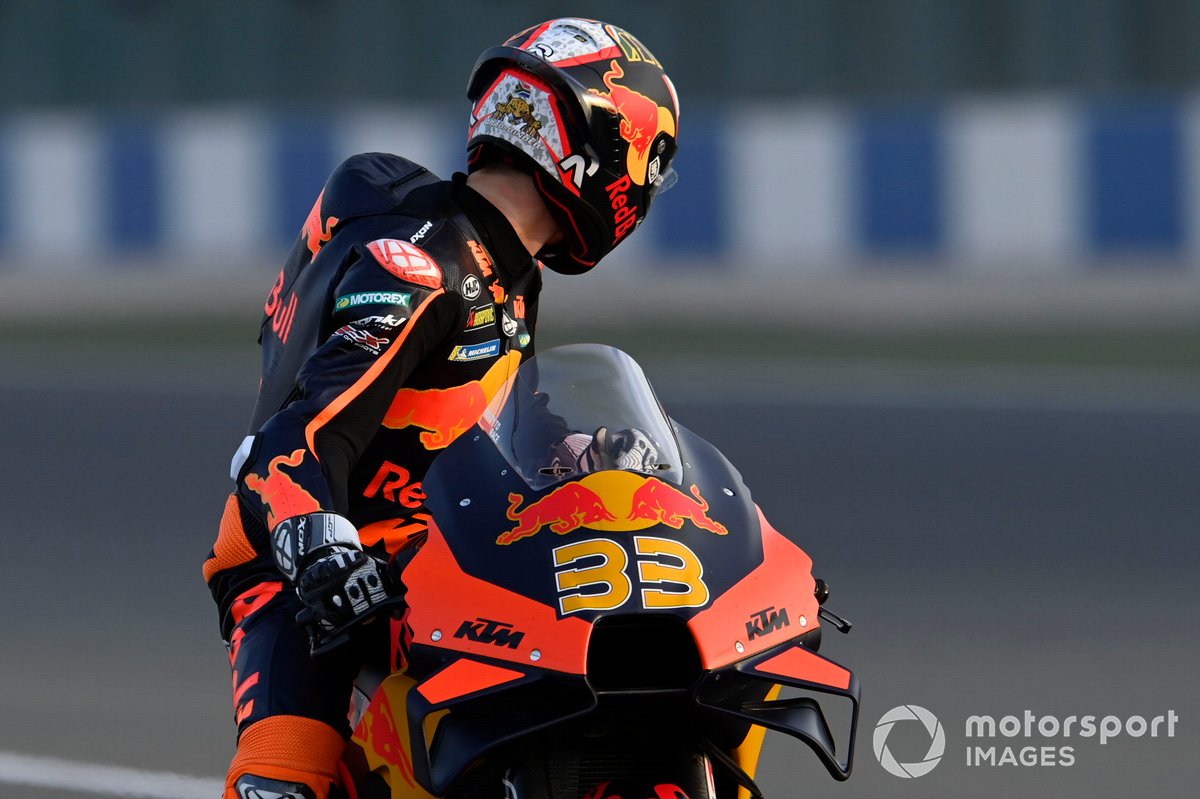 Binder, who was a few hundredths quicker in 16th, believes the layout of the Qatar track doesn’t allow KTM to profit from its strong braking and turning.

“I think it just comes down to the fact that maybe Qatar is not the best suited to our bike, especially the style here is more like [you have to be] light on the brakes, let go of it and keep speed and flow,” Binder explained.

“One thing that our KTM is very good at is turning with the front brake in the hand, and the bike stops like hell too.

“Here there’s not really many opportunities to use our biggest advantage, and I think the track is a little bit tricky for us.

“But we have some ideas and I’m confident we can up our game.”