Reigning MotoGP champion Joan Mir admits the 2021 title is now out of reach for him after a difficult British Grand Prix left him 65 points adrift of Fabio Quartararo.

The Suzuki rider recovered from 11th on the grid to run strongly inside the top six early in the race and was running a pace that threatened a podium charge.

But while team-mate Alex Rins went on to secure second, Mir faded to ninth at the chequered flag as he encountered an issue with his soft front tyre.

With Quartararo winning in dominant fashion, his championship advantage over Mir now stands at 65 points with a provisional six races left in 2021 – leading Mir to concede his title defence is now likely over.

“Yes. It’s not done until the chequered flag, this is clear. But yeah, I’m disappointed about today,” Mir said when asked by Autosport if the championship was now out of reach.

Later asked how his title challenge ended up in this position, having only scored four podiums in 2021 compared to Quartararo’s five wins, Mir added: “I expected to be closer honestly and to be able to get more podiums this season.

“We got a couple of fourth positions that couldn’t be some podiums.

“But well, honestly today I’m not really optimistic because what happened is really strange and something that happened today for me is not clear.

“So, we have to understand.” 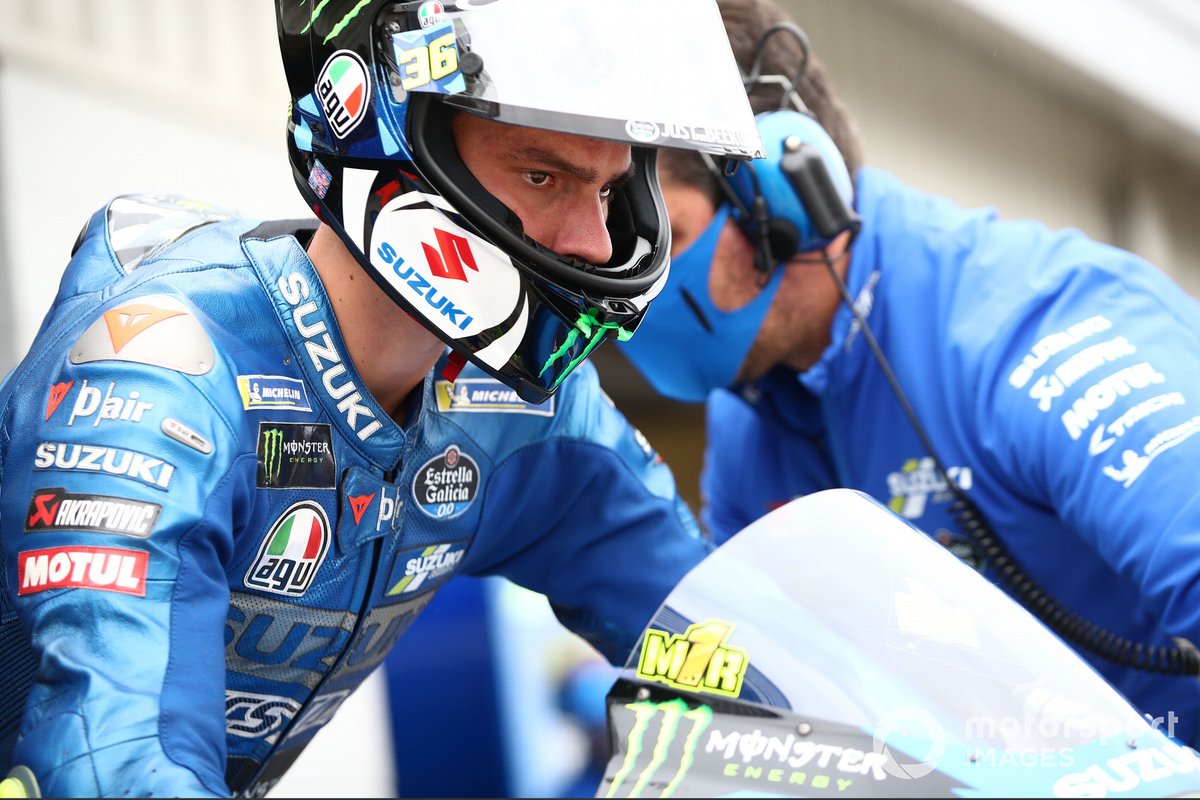 Mir made a late change to the soft front tyre on the grid ahead of the 20-lap Silverstone race, with the cooler conditions forcing a number of riders to do the same.

But the Suzuki rider doesn’t believe his front tyre issues had anything to do with the softer rubber, given Quartararo won the race on that same option.

“Well, the feelings honestly on the first laps were really good,” he explained.

“I was able to ride in a good way and to be in the position that I wanted for the end of the race.

“But I had a problem with the front tyre. This problem was making me lose two, three seconds on the last five laps and quite a lot from 10 laps till the end, or 12.

“I had this problem that before I didn’t have and we have to understand.

“I was racing with the soft.

“Well, I’m not sure it’s a problem of the tyre choice because the winner was using this tyre and I was able to work a lot on this tyre and something similar never happened to me. So, we have to understand.”