Martin ran wide into the Vale section of the Silverstone track on the opening lap of 20 in Sunday’s British GP, allowing Marquez to come back up the inside at the next corner.

But Marquez clattered into Martin and took both of them out of the race.

Marquez admits his move was “too optimistic”, and says he got caught out by Martin coming back onto the racing line having run wide.

“I want to apologise to Martin because it was completely my fault,” Marquez said.

“I was too optimistic on that overtake. It’s true that it was a strange situation because [Fabio] Quartararo and Martin went wide, very wide, and I expect that Martin was more out.

“And what I did was just prepare the corner, and then I put the bike straight because I didn’t have time to change to second gear.

“I changed to second [gear] but I didn’t have time to change to third gear, and so the calculation was not the correct one, so was completely my mistake.

“It’s true that was the first lap, I was too optimistic.

“My mistake, I apologise to Martin, to Pramac team. But races are sometimes like this and today it was my mistake.” 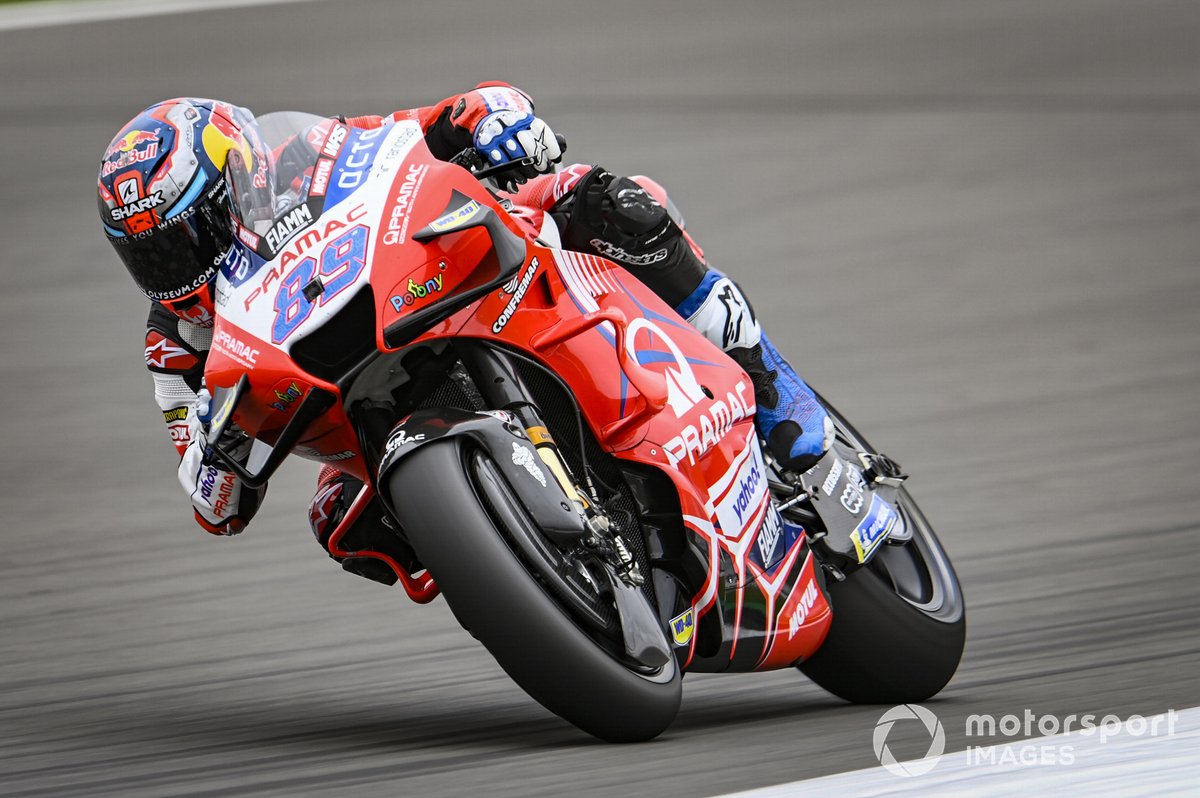 Martin accepted Marquez’s apology, but was still “disappointed” to have his race “destroyed” by the Honda rider having felt like he could have fought for victory.

“You can see the images and… I’m disappointed about today because I felt super strong, also watching the pace I would have been fighting for second or maybe the win,” Martin said.

“I don’t know, but I would have been there.

“At that moment it’s a bit difficult to describe but I was really on the inside and felt the contact, so yeah. Whatever. It’s racing, and onto the next one.

“He came to say sorry, that’s really good from his side but he destroyed my race.

“And this is the main problem. He didn’t measure it in the right way, there was no space and I hope he can learn from this one and learn for the future.”

Martin refused to comment on whether Marquez deserves a penalty, only that he hopes “race direction will do the work”.

“It’s not my business [to give penalties], I hope race direction will do the work,” Martin added.

“I don’t know. He could make the pass and be a bit closer.

“I don’t know why he put the bike up again, I don’t understand because he could make the move and was already on the inside.

“He went wide and pushed me out. It’s what I don’t understand. The penalty is none of my business.”