The Dutch TT winner crashed during the warm-up for the Austrian Grand Prix in August, fracturing his T6 vertebra and sustaining a hairline fracture to his right wrist.

While Miller sat out the Czech Grand Prix at Brno the following weekend, he returned at Silverstone but struggled with a fracture in his right hand, which was diagnosed after he withdrew from the Misano weekend.

Nicky Hayden was called up to replace Miller at Aragon, with the Australian now ready to return at Motegi this weekend.

Ex-Kawasaki MotoGP boss Bartholemy said Cal Crutchlow's victory in the changeable Brno race, the same conditions in which Miller won at Assen, did not help when it came to managing the 21-year-old.

"Maybe from an injury side of a rider, this was the worst four weeks in my 25 years of managing teams," Bartholemy said.

"Jack is so strong in his character and he always wants to ride the bike, and to make him understand that it is dangerous or that he is not fully fit...

"I think in one moment at Brno he understood. But then when Crutchlow won the race, fuck, he gave me hard time, he said, 'OK you took away this win, and it's all about you and you decide this and this and this'.

"We did some more talking and at Misano we spent some time together and he was more and more understanding that the body sometimes need some time to recover.

"You cannot heal in one week and this bone [in Miller's hand] was always breaking again, this fracture was coming back.

"On the Tuesday after Misano when he called me from Barcelona, he said to me 'I am happy that I will take this time off'." 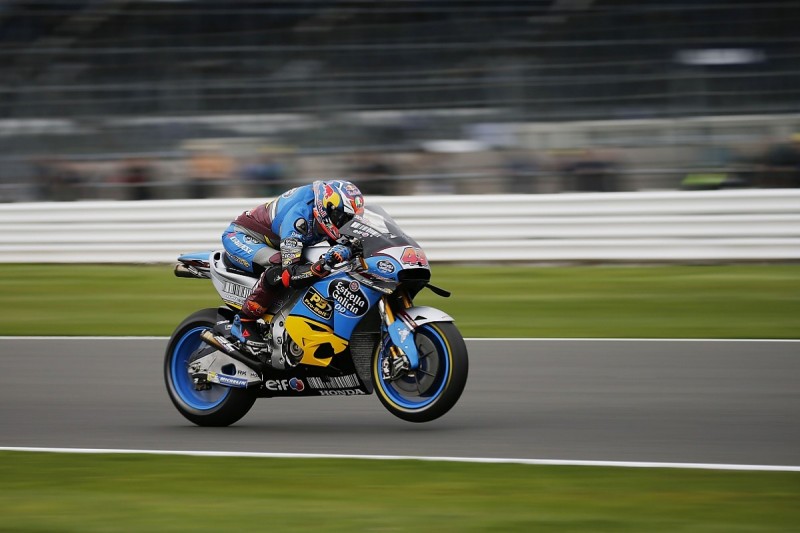 Miller has had an injury-ravaged second season in MotoGP, which started when he broke the tibia and fibula in his right leg while training on a motocross bike in January.

He missed the bulk of pre-season testing but did not miss a race, until crashing at Austin and re-injuring his leg.

Those injuries only fully healed during the summer break, before Miller's latest setback at the Red Bull Ring.

"It's always tough to miss a race through injury and I've missed a few recently, but I'm positive all will be good for Motegi this weekend," Miller said.

"Missing Aragon was the correct decision because the fracture in my hand wasn't fully healed, so I would only have made things worse by racing there.

"Since Aragon I've been home in Australia working hard to get back to full fitness.

"The hand is much improved and I'm looking forward to getting back on the bike this weekend in Motegi."