The Tech3 Yamaha rider has been out since damaging ligaments in a crash in practice for the Oschersleben 8 Hours endurance race in late August.

Since undergoing surgery in early September, Smith says he has been pushing the limits to ensure he could return for the first of MotoGP's flyaway races at Motegi this weekend.

"If you carry your leg around like a baby, it thinks it's injured and that's just what it is.

"I've just been told, 'do the maximum you can until you have pain', push it a little bit into the red zone but not too far.

"I'm doing everything. It's 24-7, it's like my own little science project. The goal is to come back.

"It hurts more - and this is what I'm saying to the physios when they're sticking needles into me - to be sat on the sidelines watching then it will ever inside that massage chair." 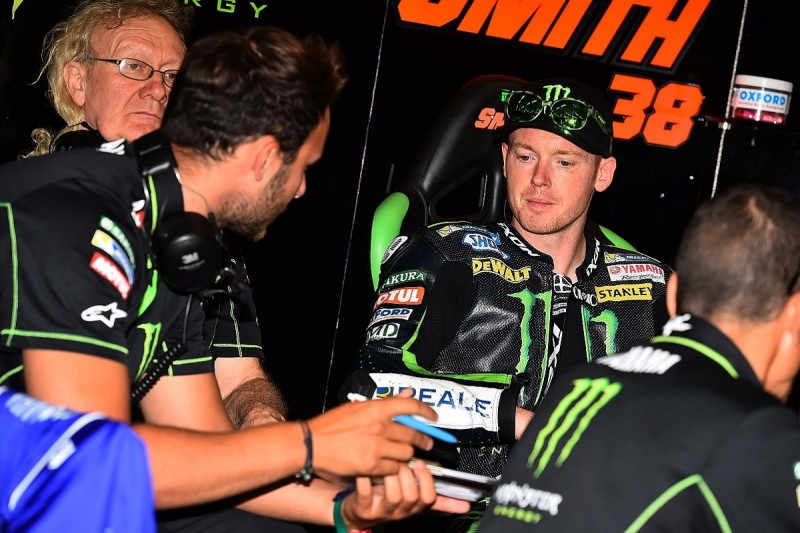 While visiting the Aragon round last month, Smith said that flexibility was the last element still to return during his recovery, along with some residual soft-tissue swelling.

Having admitted he was "cutting it tight", Smith believes this weekend will involve a level of readjustment.

"It will be the first time that I can ride a MotoGP bike after seven weeks and even though I am almost fit, it will take me a bit of time to fully adjust to being back on the Yamaha," he said.

"This will be the initial goal of the weekend, but I am confident that I can quickly get up to speed again.

"I know this weekend will be physically demanding due to the stop and go nature of the circuit, plus, there are a lot of hard braking corners but I am certain that we can start the flyaway races positively before we head to Phillip Island."