Ducati’s Francesco Bagnaia snatched pole for the MotoGP Emilia Romagna Grand Prix as championship leader Fabio Quartararo is only 15th in a chaotic qualifying at Misano.

Title rivals Bagnaia and Quartararo both had to go through Q1 at Misano, but while the former eased through and went on to take the top spot for the fifth time in 2021, late yellow flags meant Quartararo will start a season-worst 15th.

The Misano track dried sufficiently enough for the field to run slicks in FP4, though the cold temperatures led to a number of crashes.

That trend continued into qualifying, though Bagnaia showed no signs of wavering in the conditions as he pushed his Ducati to an initial benchmark of 1m33.045s at the start of Q2.

This put him over a second clear of the field, though that gap would eventually be cut to just 0.025 second by his factory Ducati team-mate Jack Miller at the end of Q2.

Completing the all-Ducati front row came Valentino Rossi’s half-brother Luca Marini, who leaped up to third at the death of Q2 with a 1m33.130s on his two-year-old Avintia Ducati for the best qualifying result of his rookie MotoGP season.

Marini’s improvement came at the expense of Honda’s Pol Espargaro, who will head row two from KTM’s Miguel Oliveira and the sole Yamaha in Q2 of Franco Morbidelli in sixth.

Marc Marquez was almost sent over his Honda’s handlebars at Turn 2 at the start of Q2, and eventually did fall at Turn 6 at the end of the session as he attempted to improve on seventh.

Joining him on row three will be Tech3 duo Iker Lecuona – who came through Q1 and briefly held a front row spot – and Danilo Petrucci, both of whom also crashed at the end of Q2. 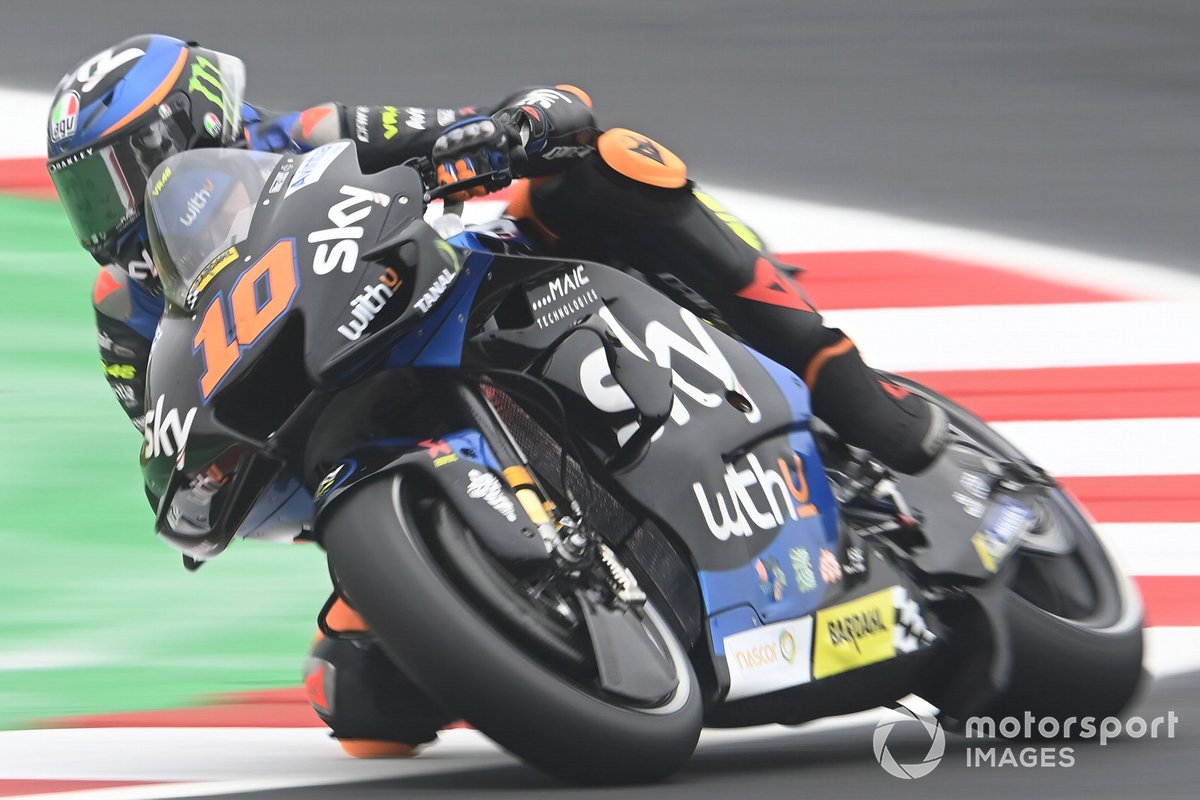 FP3 pace-setter Johann Zarco was another to depart his bike, but took 10th on his Pramac Ducati, with Aprilia’s Aleix Espargaro and Pramac’s Jorge Martin – who crashed twice in Q2 – completing the top 12.

Quartararo and Bagnaia occupied the top two spots for much of the opening qualifying session as they made their bids to get into Q2.

But the wheels began to come off Quartararo’s charge in the closing stages of Q1, as Suzuki’s Alex Rins shadowed him to shuffle the Yamaha rider out of the second transfer spot.

At the same time Avintia’s Enea Bastianini tallied up his third crash of the day at Turn 6, bringing out the yellow flags and killing Quartararo’s hopes of getting into Q2.

The points leader was initially clocked in 13th, but later had his best lap deleted and was pushed down to a season-worst 15th ahead of his first match point in the 2021 championship.

However, confusion continues to surround Quartararo’s position as the latest results sheet issued by Dorna Sports suggests Quartararo has the third-fastest Q1 time.

Rins was promoted to 13th as a result of Quartararo’s penalty, after Lecuona snatched the final Q2 spot from the Suzuki rider, with LCR’s Alex Marquez 14th. 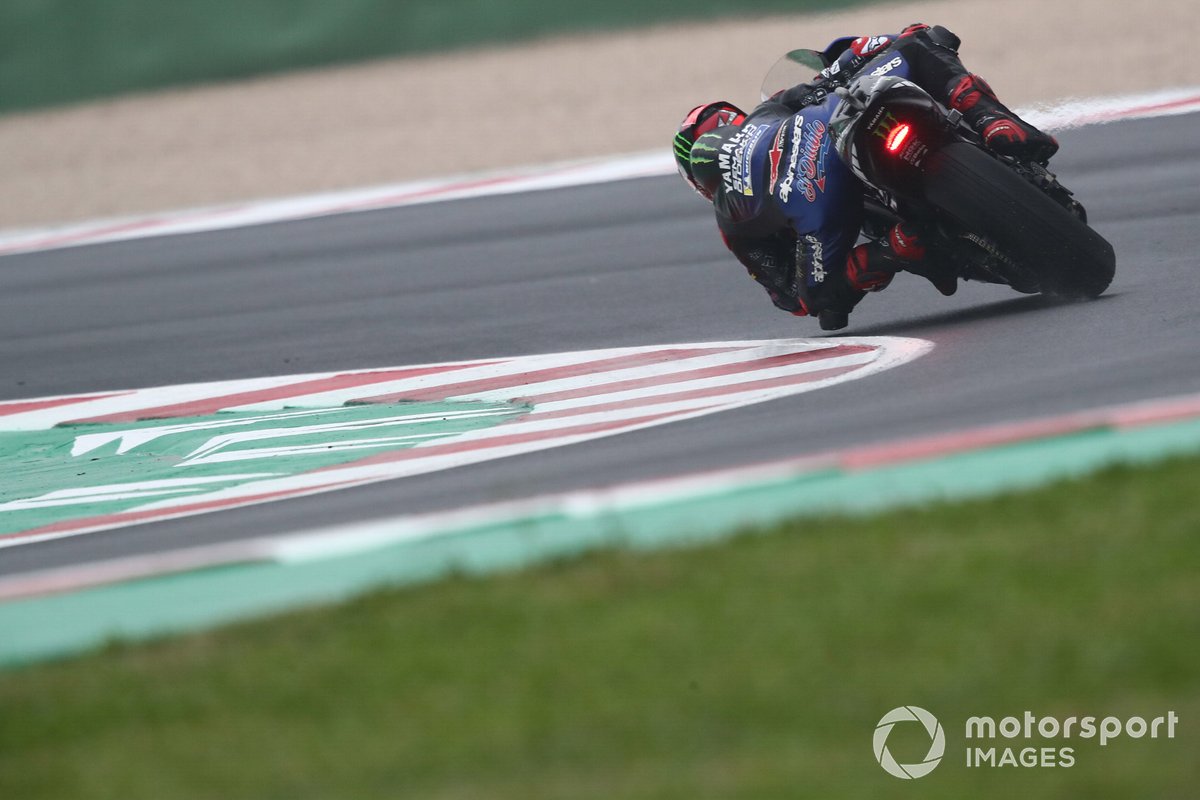 Further yellow flag cancellations pushed Bastianini back up to 16th for Sunday’s race ahead of Takaaki Nakagami (LCR Honda) and world champion Joan Mir after the Suzuki rider crashed late on at the final corner.

Rossi had his best lap cancelled in Q1 for a yellow flag infringement and will start his final MotoGP appearance on home soil from last place.