MotoGP championship leader Fabio Quartararo says his Q1 exit in Emilia Romagna Grand Prix qualifying was a result of him “unconsciously not risking” in the tricky conditions.

Quartararo had to go through Q1 for just the second time in his MotoGP career on Saturday at Misano after failing to get into the top 10 at the end of a damp FP3.

Beginning his final flying lap in Q1 13th, Quartararo could do no better than that position – but was demoted to 15th owing to a yellow flag infringement on that tour.

Quartararo can win the championship on Sunday if he outscored poleman Francesco Bagnaia by three points, and says his career-worst qualifying result was down to him subconsciously not pushing in the damp final part of the track on slick tyres.

“I was disappointed, but I kept everything inside,” he said.

“When you’re in FP4 and I saw Iker [Lecuona] and Bagnaia, I was third or fourth, both Iker and Bagnaia were in Q1.

“I will not say it was what we expected because we had some struggles, and I didn’t take enough risks in the last sectors.

“But it’s something I can understand. Even if it’s on a subconscious side of my thinking, I will not take any risks on these wet patches and that’s why also I was not so disappointed.” 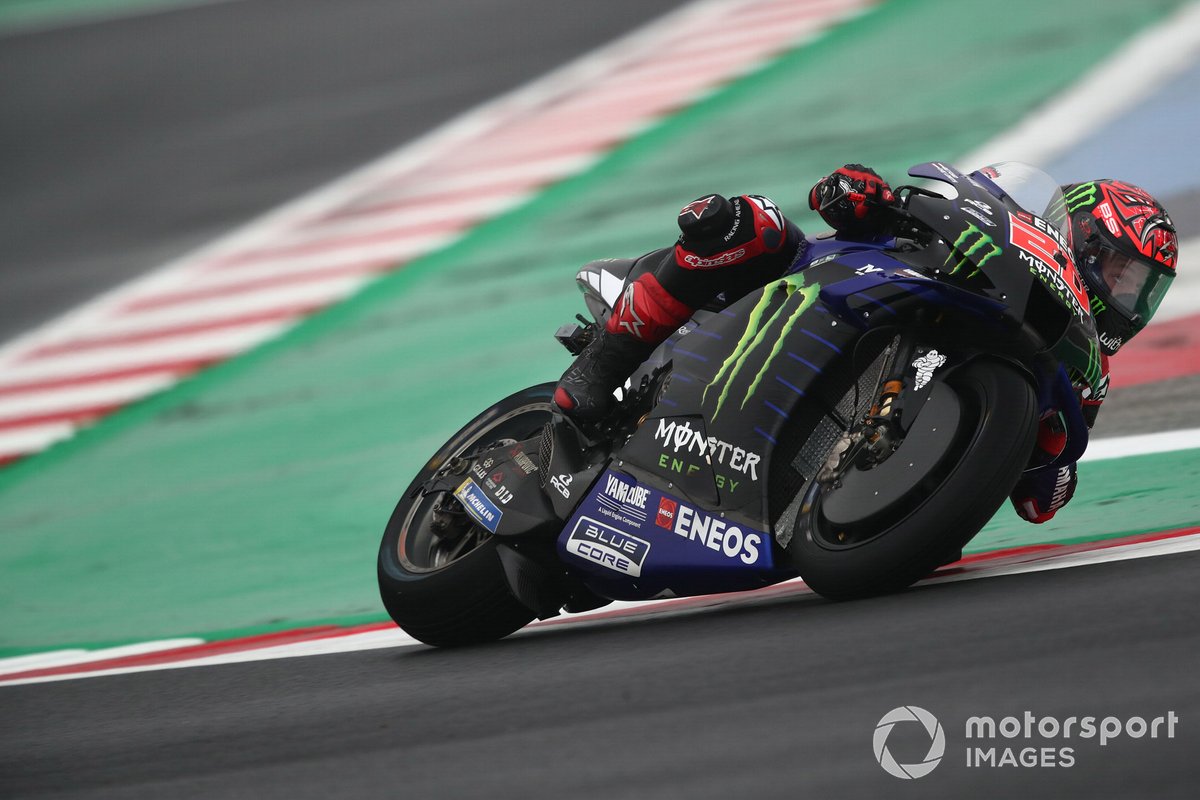 He added: “It was dry conditions with wet patches on slicks, but it’s something that I need to improve myself.

“But what I can say is I think unconsciously I’ve been not risking a lot in the wet patches, because if you look at my sector one I’m the second fastest of Q2 even if I was not there.

“But the conditions weren’t improving and I’m still really fast.

“The only sectors where I lost a lot was the last two and it was the two where there were wet patches, so I’m not worried too much.”

When asked by Autosport if his risk management in Q1 was the first instance of him finally thinking about his championship permutations this weekend, he said: “Yeah, I mean of course.

“First of all I tried everything in FP3 to try to be in the Q2 straight away and we finished not so far, I think three tenths or something, and we made a massive improvement in the wet.

“But this afternoon the conditions were exactly what I hate and I did my best, so P13 is the best result I could get in Q1.

“We will see which tyres to use for tomorrow’s race because I had to use the soft front and soft rear, which are two tyres I don’t like.

“But in these conditions they were tyres that I needed to use. So, tomorrow morning we will start with different tyres.”

Quartararo also noted that he doesn’t want his team updating him on the championship situation during Sunday’s race with Bagnaia on pole, as he feels it will unnecessarily add pressure.