The Italian fell from a motocross bike while training during the summer break, and while he reported that his ribs had not troubled him in the aftermath, that changed when he climbed aboard his Desmosedici GP for practice on Friday.

"I had a big pain in my ribs because of a training crash I had a few days ago on a motocross bike," he said.

"I have to thank Dr [Michele] Zasa of the clinica mobile, who helped me a lot today and thanks to painkillers I was able to do the first part of the session without suffering too much.

"Luckily at this circuit there aren't too many changes in direction, so I'm not suffering that much.

"We have the speed and this is very important in view of the race, but we have to try and reduce the sliding with the rear tyre in the long fast corners, because this could become a problem over the distance.

"In any case we are working well and we must continue on this path. 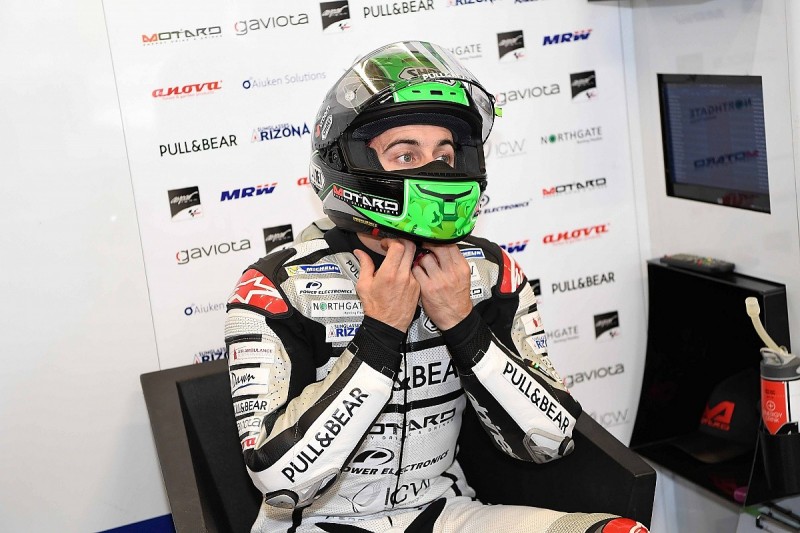 Iannone's day finished with a heated exchange with Aspar Ducati rider Eugene Laverty as they lined up for practice starts at the end of the second session.

The pair crossed paths on their final flying laps, with Iannone passing Laverty, who said the Italian lacked respect.

"In the final moments Iannone complained about me, telling me to use my head," he said.

"If I was on a slow lap I would have accepted the blame, but I was on my fast lap and I don't think that his complaint was correct."

Iannone countered that he had to pick his bike up to avoid a collision in the process.

"When I stopped the bike, I talked with him that 'next time, you look a little bit more, because it's a fast lap' but he went completely crazy and I don't know why," Iannone told motogp.com.

"I don't have a problem with him, I think Eugene is a very good rider, but sometimes I think he has a very strong reaction."