Ducati 'pretty confident' over Dovizioso deal, no Lorenzo talks yet

Both Dovizioso and Lorenzo are on two-year contracts that expire at the end of this season, and it is the former who is currently recognised as the marque's benchmark rider.

This is because Dovizioso has won seven races - including the 2018 Qatar season opener - to Lorenzo's none during their time as team-mates.

Dovizoso's performances have left Ducati in a difficult spot regarding contract renewals, with its leading rider reportedly earning a base salary of less than two million euros compared to Lorenzo's 12 million.

Speaking in Argentina ahead of this weekend's race at the Autodromo Termas de Rio Hondo, Ducati team manager Davide Tardozzi revealed there's a growing optimism that the manufacturer will manage to keep hold of Dovizioso.

"We already started to have some negotiations with Andrea's manager, and we are pretty confident that we [will] finalise soon," Tardozzi told MotoGP.com.

"Soon doesn't mean one or two days, but we are talking about details."

Tardozzi did confirm that the negotiations with Lorenzo - who previously said he was "not wasting a minute" with thoughts of his Ducati future - are yet to get underway.

"On Jorge's side, we haven't started yet because mainly he doesn't want to do it because his situation at the moment is more [to] focus on results, like we would like him to be, too.

"Anyway, as we always said, we are happy about both riders. 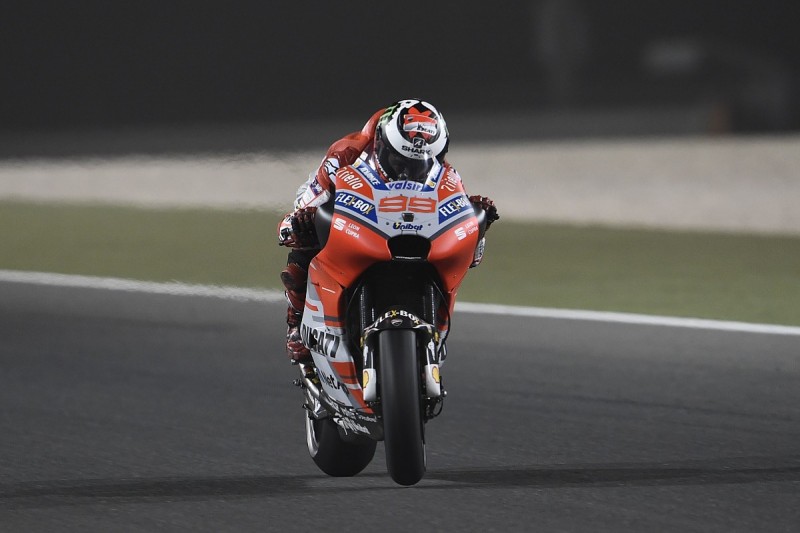 Dovizioso, who has also been exploring options with Honda and Suzuki, remained tight-lipped about his current contract situation.

When asked why he was yet to sign a new Ducati deal, he said: "You're asking the wrong person. In Ducati they'll have their reasons, so I don't know how to respond.

"I'll talk when a decision is made. Everyone wants the right thing for themselves. I have my own ideas and visions. Marriages are made together."

Dovizioso added that he is relishing his place as Ducati's leading rider, as he and the manufacturer have gone through some challenging times since he joined in 2013.

"I'm pleased to be the central point for Ducati," he said.

"It was my goal, especially after all these years in which we've also had many difficulties.

"Now to be able to be Ducati's top rider and to have won their trust, which in the past was not like it is now, is for me a great satisfaction.

"Of course, this doesn't make a contract, but we'll see."