Dovizioso worked his way through from sixth on the grid at Silverstone to take his fourth win of the season, capitalising on Marc Marquez's engine failure to retake the lead in the riders' standings with six races to go.

"Now I feel that I've definitely entered the fight for the championship," said Dovizioso after the race.

"Up until now, I have been part of it, but always with the doubt that sooner or later I would drop back.

"[Because we have] never fought for the championship, our rivals didn't think we could fight to the end.

"But winning a very different race, on a track this difficult, without being fast in practice, they will now consider us 100% in the fight."

Dovizioso added that it was hard to highlight why he and Ducati have come on so strong this year, because of the unpredictable nature of the season.

"We didn't expect to be in this situation, and to win four races," he said.

"But it's difficult to answer [why], for me it's not so clear.

"We improve a little bit, but it's difficult to know what the competitors did.

"It looks like some have a lot of up and downs, and that is strange for us - normally we don't see this, especially from Yamaha.

"I don't know how much is good work we did, or how much is some work the competitors did in a bad way.

"But it's wrong to talk too much about the championship, especially because we're talking about a season that has been very unpredictable." 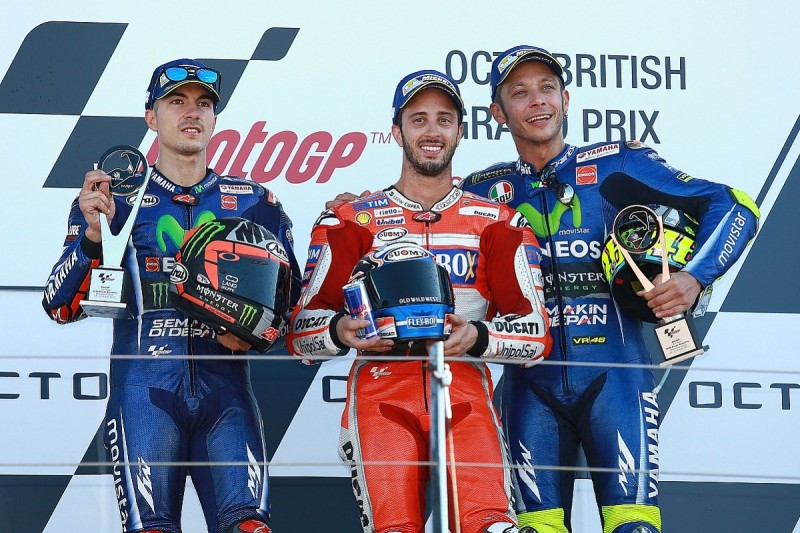 "After so many years of not winning, I told him it seems like he has a taste for it now," said Rossi.

"It surprises me a little bit, but he has always been very dedicated to his work and also talented, so it seems his time has come.

"I get on well with him, because we have mutual respect.

"He's a fair rider, in the sense that he's aggressive, but never overly so. He's a worthy adversary."