Andrea Dovizioso believes he is close to being able to challenge for the MotoGP title, as Ducati continues to improve its Desmosedici

Dovizioso joined a struggling Ducati in 2013 and finished eighth in the points, before taking two podiums on his way to fifth in '14 and five more with seventh last year.

Preferred over team-mate Andrea Iannone to partner the incoming Jorge Lorenzo in 2017, Dovizioso scored another four podiums this year before taking his first Ducati victory - the second of his MotoGP career - in last Sunday's Malaysian Grand Prix.

Having admitted he needed that result, Dovizioso says his sights are set on further gains beyond multiple wins.

"I know it's in the wet and not in the dry, but it looks like I cooked the competitors," he said of Sepang.

"It's something I don't feel a lot in my career, it's really nice.

"Apart from the victory now, I think this year my competitiveness, how strong we have become - me and Ducati together - is good but it's not enough because we want to fight for the championship.

"What we have now still is not enough, but we are very close."

Dovizioso started the 2016 campaign with second place in Qatar (pictured below), but was taken out of the following races while second in Argentina by Iannone and from third in the United States by Dani Pedrosa.

After he was forced to retire from Jerez due to a water leak, Dovizioso was 11th in the championship after five grands prix. 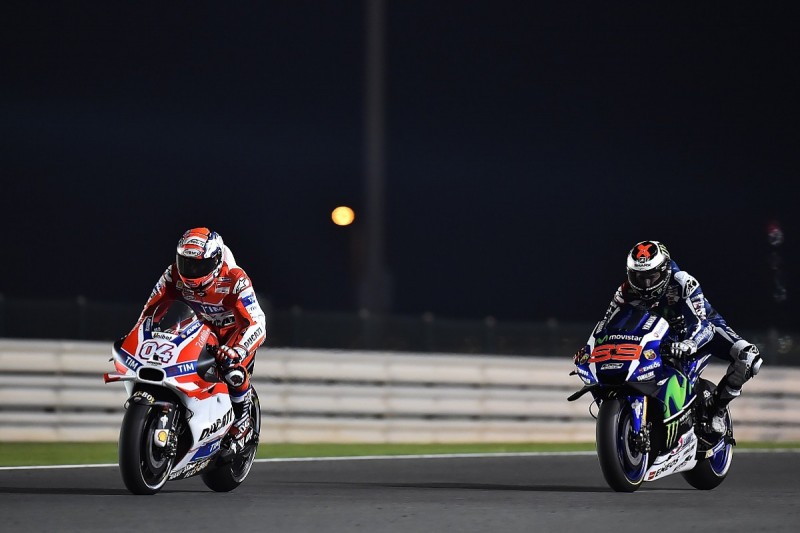 Now back to fifth, he believes his season would feel very different without the early DNFs.

"The second, third and fourth races I had really bad luck because I got three zeros and it was not my fault," he said.

"That was a lot of points, because I was able to make two podiums in three races, which changes everything if you have a lot of points at the beginning of the season.

"That was very bad, because we started with a really good race in Qatar, we had a chance to take more podiums but I stayed just with 20 points.

"After that, the difficult point of this year was Barcelona, I had a wrong tyre in the race, but apart from that we didn't have the speed.

"And when you lose a lot of seconds in the race, this is really bad, because this means you can't fight for the championship - you can arrive out of the podium, but you have to be very close.

"That is very important, to really think about the championship.

"That's why I can say I'm very happy about the improvement of Ducati this year, but still it's not enough.

"What we need is something more, a little bit more, to really try to fight for the championship."

Lorenzo's Yamaha years in his own words

Valentino Rossi: Yamaha has been out-developed in MotoGP 2016