Valentino Rossi: Yamaha has been out-developed in MotoGP 2016

Valentino Rossi believes Yamaha has been out-developed in MotoGP in 2016, including with this year's new control electronics

Yamaha was quick out of the box, with Rossi and Jorge Lorenzo winning five of the year's first seven grands prix, but it has not won since Rossi's Barcelona victory in early June.

Since then, Honda has claimed seven wins through Marc Marquez, Cal Crutchlow and Jack Miller, Ducati two between Andreas Iannone and Dovizioso and Suzuki the other with Maverick Vinales.

Honda started 2016 on the back foot with the new Magneti Marelli ECU, but it has made considerable progress, and Rossi does not believe Yamaha has matched those inroads, while some chassis upgrades have not hit the mark.

"As always, you have to work for the entire package together," Rossi said.

"Always during season, Yamaha brings some new stuff, like the other manufacturers.

"But unfortunately this year we were not able to improve the performance.

"We remained more or less at the same level, but also with the electronics, everybody always improves.

"If you stay at the same, you have some disadvantage."

Rossi will be joined by new team-mate Maverick Vinales from the post-Valencia Grand Prix test on November 15-16, with Yamaha then scheduled to test at Sepang before the winter testing ban starts on November 30.

"From Valencia we can try something new and we can have some more clear ideas for next year," Rossi said.

"It will be an important test, we need to understand if it's the right way to improve, so it will be very interesting." 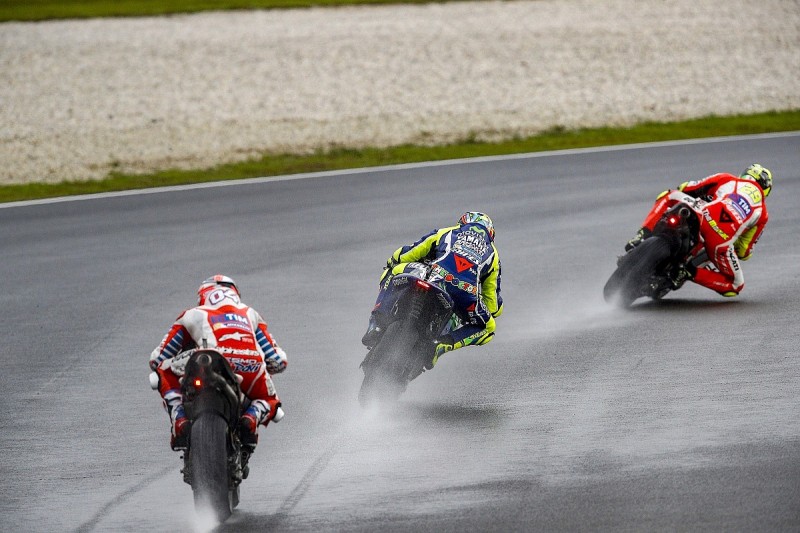 Rossi believes there is also work to be done with Yamaha's M1 in mixed conditions, having fallen away from winner Dovizioso late in the Malaysian Grand Prix.

While Rossi was concerned about the state of his front tyre at Sepang, he is keen to see improvements when a track surface is greasy or drying.

"In the full dry and also the fully wet, we are strong," he said.

"We suffer a little bit more in mixed conditions, we work on it and we try to improve, but our bike on the wet is quite good."

Dani Pedrosa back from injury for MotoGP Valencia 2016 finale