Yamaha test rider Cal Crutchlow says he ‘hasn’t discussed’ replacing Maverick Vinales for the remainder of the 2021 season with the Japanese marque and rubbished rumours the deal is done.

On Thursday Yamaha dropped the bombshell that it had suspended Vinales and withdrawn him from this weekend’s Austrian Grand Prix for allegedly trying to deliberately blow up his bike’s engine in last week’s Styrian GP.

Vinales is unlikely to see out the 2021 season following this incident, having already requested his two-year deal be terminated a season early following June’s Dutch TT.

OPINION: Why Vinales may never ride a Yamaha in MotoGP again

Crutchlow – standing in for the injured Franco Morbidelli at Petronas SRT in Austria – has already been linked to replacing Vinales from the British GP onwards, but denied this when asked about it on Friday at the Red Bull Ring.

“No, it’s not true,” he said. “That’s simply because you’ve been reading the media too much and the situation is I haven’t discussed it with Lin [Jarvis] or Maio [Meregalli] at all.

“So, yeah, that’s your answer and that’s the truthful answer.

“Don’t believe what you read in the news, it’s not always true. But yes, of course, I’m a contracted Yamaha rider, I’m sure I’ll discuss some things with Lin and Maio in due course.

“I have a great relationship with both Lin and Maio and Sumi at Yamaha, it’s going very well, I’m pleased with the way we’re working.

“Been a very difficult two weekends but I’m actually quite confident in the way that I’m riding and maybe if I did have to do some more, then I will be more up to speed.” 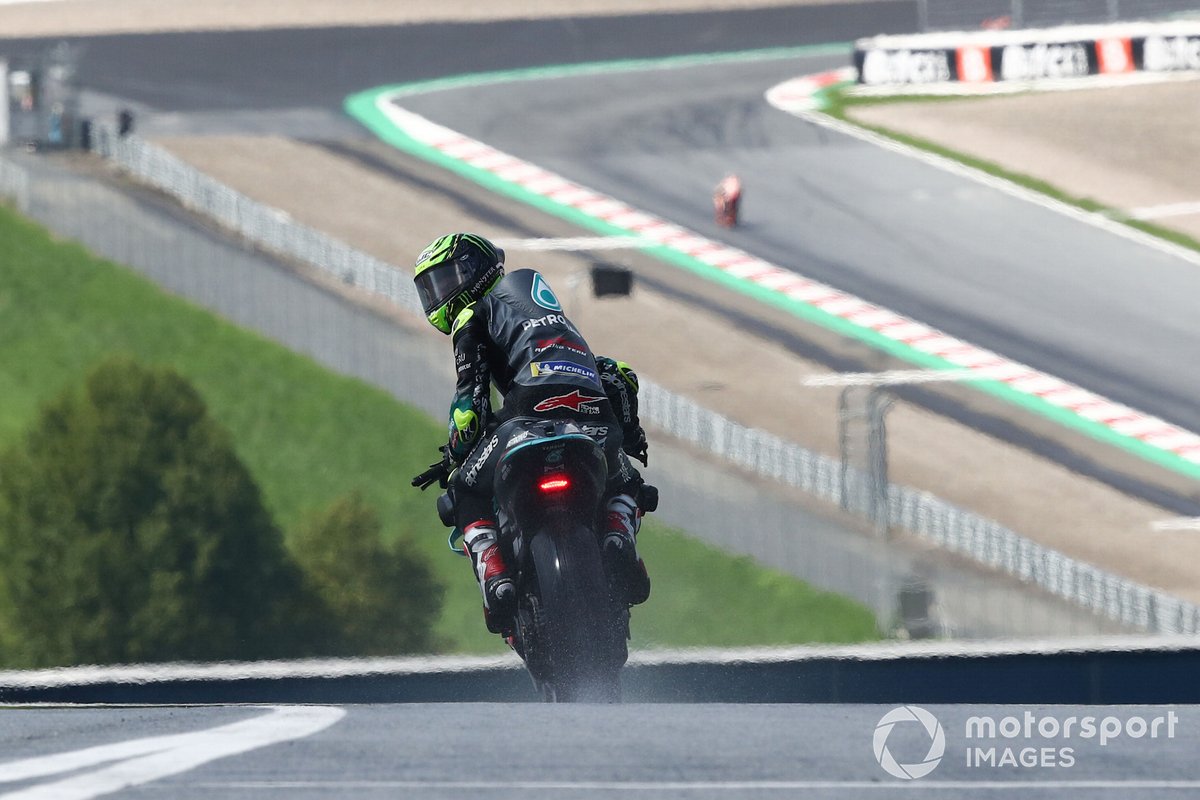 Crutchlow is first reserve to replace any riders within the Yamaha fold in 2021 should he be needed, but he is also free to turn down these appearances if he wants.

When asked by Autosport if racing for the remainder of 2021 on the factory Yamaha would perhaps be a better way to conduct his test programme, he said: “I don’t know. It’s something that’s not been put to me, so there’s no point thinking about it.

“In my eyes it’s not possible to do both, because of the schedule that I have for the rest of the year testing is not hectic or busy, but you can’t do the races and the tests that you want to do in my eyes.

“But like I said, I haven’t spoken to them about it and we don’t know when… I was supposed to test the '22 bike, so all these things at the moment, everything, even the tests – I know I’m testing, but what am I testing?

“But I wanted to be a test rider, if I wanted to race I would have raced. But I don’t know all the options available, I will discuss it in due course.”

Crutchlow – who retired from racing at the end of last season - also stressed any decision on him replacing Vinales would be first have to be discussed with his family.