MotoGP championship leader Fabio Quartararo admits he has a “problem we can’t fix” in wet conditions on the Yamaha following a soaked FP2 for the Austrian Grand Prix.

The French rider complained last Friday during a wet Styrian GP practice that conditions were a “nightmare” for him because he completely lacked confidence on his M1.

A sudden thundery downpour left the Red Bull Ring sodden for the start of FP2 on Friday, though the track would dry out by the end of the session.

It’s in these drying conditions where Yamaha riders really struggle, with Quartararo admitting he now has to try something “really different” to improve his form in the conditions as his problems continue.

“Yes, today was not the best because my feeling in the morning was great in the dry conditions,” Quartararo said when asked by Autosport if he felt any better in wet conditions this week.

“But still in the wet I have no confidence. I mean, we have a problem in the wet that we can’t fix and we will try something really different, trying to find if there is an improvement.

“But in the wet I don’t feel good, even in the end I could make ninth position but the feeling is not great. So I will try to do my best to improve that feeling.”

When asked by Autosport if he could explain exactly where the problem lies in wet conditions, Quartararo added: “Yes, it’s rear feeling that I have no grip going into the corner, I have no confidence to make corner speed.

“We know in the wet the corner speed is so important. From the straight to the lean angle, it’s a horrible feeling.

“We need to improve that to be even faster on the wet.” 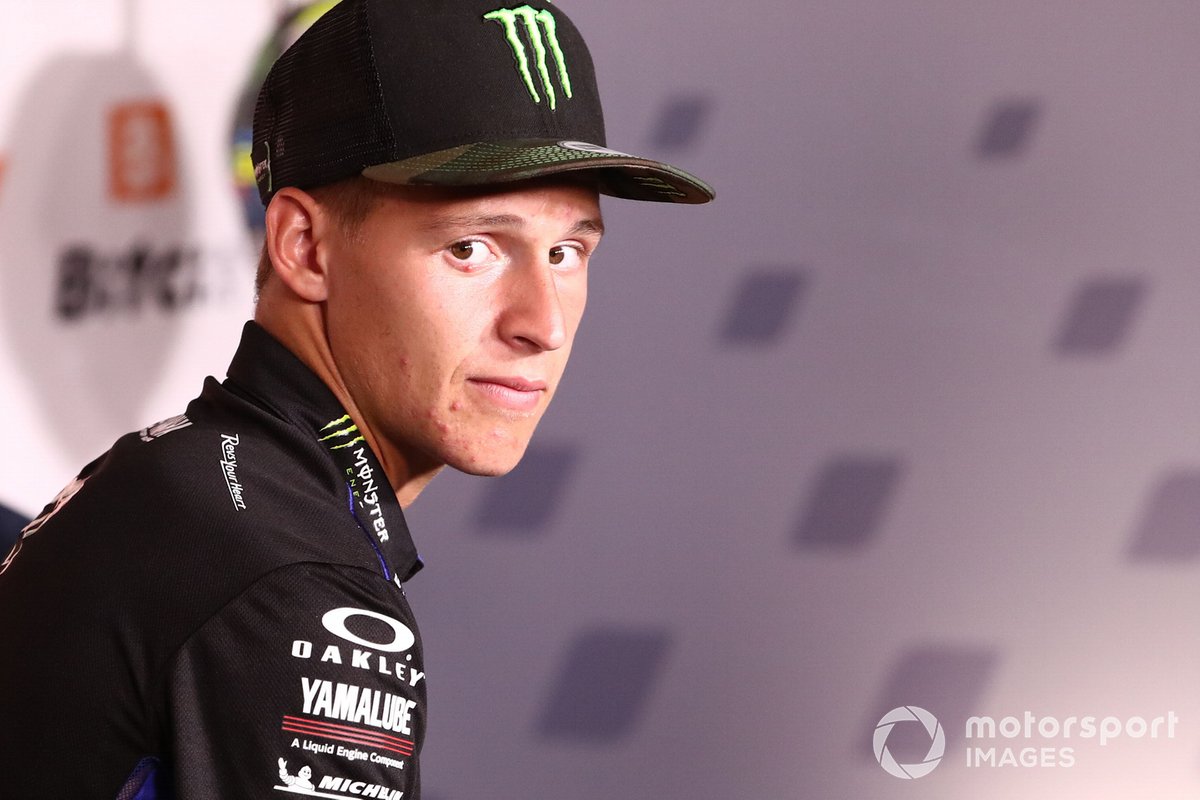 Quartararo parked up his bike at Turn 9 towards the end of FP1 on Friday morning, but said he had no real issue with his Yamaha – a missed gear change giving him an odd feeling on the engine, which forced him to stop as a precaution.

“Yes, I have been there and in the change of direction of seven to eight, I’m shifting two gears and one gear didn’t go on,” he explained.

“I remained in third gear and in this corner, third gear is not used and on the electronics it was low power.

“So, I felt a drop of performance and I stopped because I felt like the engine was going lower and lower.

“I had nothing on the dashboard, I felt something strange so I stopped. I looked over everything and it was ok, so I decided to go again.

“But we didn’t have an engine problem or gearbox, it was just one time I pressed the [gear] leaver not hard enough and it didn’t change.”