His LCR Honda will line up 13th after fellow satellite riders Johann Zarco and Danilo Petrucci beat Crutchlow to the Q2 places.

Crutchlow had pipped the Ducati of Andrea Dovizioso in Friday afternoon's second practice to end the opening day fastest, but an early fall at the Biondetti esses on Saturday morning prevented him from improving his time and staying inside the top 10.

After qualifying, Crutchlow conceded the crash "hindered" him for the rest of the day, as it forced him to spend the rest of practice three on a number two bike that was not was well sorted as the one damaged in the accident.

"I went out of the pit faster than I did in all the other practices this weekend," recalled Crutchlow of his crash.

"I heated the tyre perfectly and the pressure was good. But it was used from yesterday.

"We know sometimes when you go back out with a used tyre, it's a disaster.

"I had a new rear tyre, I was going a lot slower than yesterday, and just crashed out on the out-lap.

"This hindered us the whole day, and it was my own fault, so I can't really complain.

"We never got through to Q2 direct, because my other bike was not set up anywhere near [as well] as the other one. It was a bit of a gamble.

"I just never had the lap time of yesterday after what happened."

Crutchlow still felt Q2 was achievable without a mistake on his final Q1 effort.

"I had a big wobble in the last sector and I lost four tenths," he explained.

"If I lost two tenths, I would have been in. And the pace in the next qualifying was not that fast.

"We just got hindered through me crashing in practice and that's it.

"I don't blame anyone, I was pissed off with myself and with the situation." 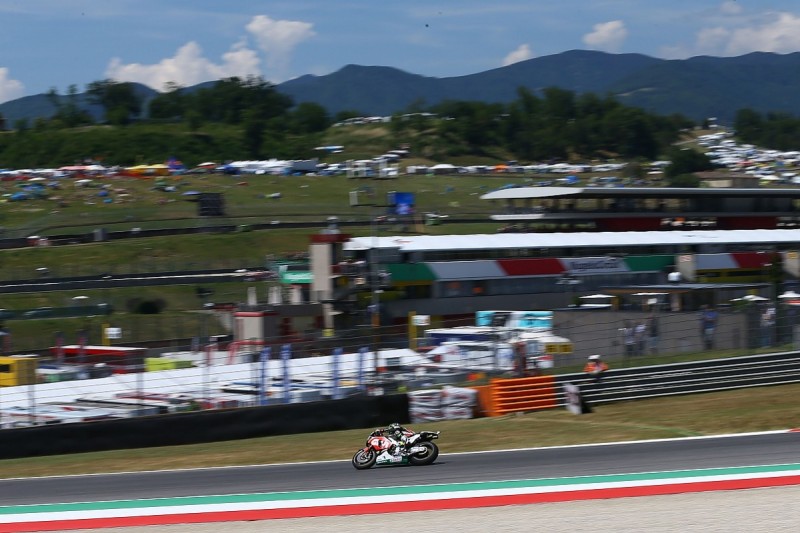 Having predicted on Friday that the Mugello race would be Dovizioso's to lose, Crutchlow now believes Tech3 Yamaha rider Zarco is the favourite going into Sunday - even though the rookie starts only 11th.

"It's now Zarco's race to lose, not anybody else's," said Crutchlow.

"He has better pace than anyone, probably half a second on most riders.

"Then he used a used tyre from yesterday afternoon this morning, and he was doing 1m47s.

"It's his race to lose now. We're all impressed, he's done really well."