Rossi lines up on the middle of the front row for Sunday's Italian Grand Prix after being shaded by Yamaha team-mate Maverick Vinales by 0.239 seconds during qualifying.

It followed a crash during fourth practice at Correntaio for Rossi, which he admitted was the result of a "stupid mistake" and left him missing "a bit of feeling" heading into qualifying.

But the 38-year-old, who last week spent a night in hospital after a motocross crash, said the crash meant salvaging second was a strong result, despite the fact he had topped third practice earlier in the day.

"From the morning I had a good pace, also with the race tyres, and at the end I did a very good lap and I was at the top," said Rossi.

"This afternoon I had a good feeling, but unfortunately at the end [of practice four] I did a mistake at Correntaio, I went wide and slid on the dirt.

"Fortunately I damaged just the second bike, I had the best bike ready.

"But I lost a bit of feeling, qualifying was difficult, so this second place is more important than normal.

"From me to the second row, we are all very close." 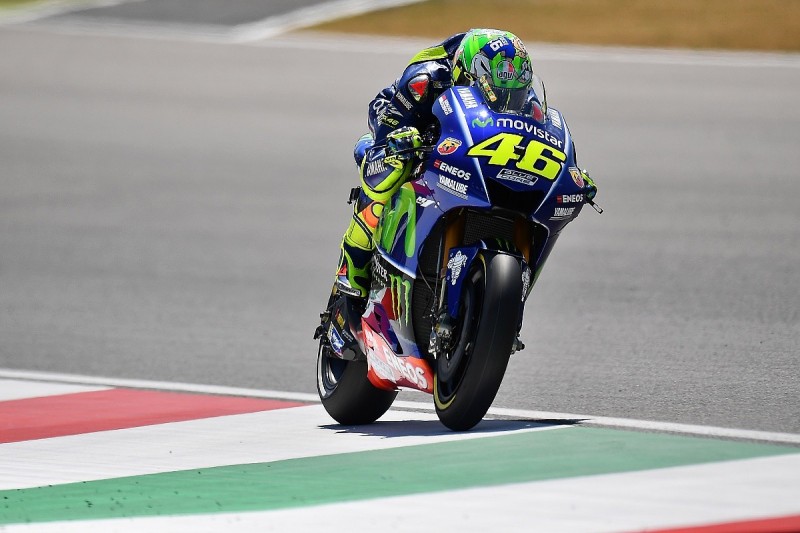 Having suffered with arm pain on a low-key Friday, Rossi said he was no longer suffering any after-effects from his motocross crash on Saturday, although he still expects the race to be "harder than normal".

"I don't have any pain when I ride, this is so important. I needed more time to recover.

"I think tomorrow the race will be harder than normal but I hope I can improve from today to tomorrow like from yesterday to today."