Binder: KTM “not in a terrible place” despite MotoGP struggles

Brad Binder says KTM is “not in a terrible place” despite a tough start to the 2021 MotoGP season for the Austrian manufacturer.

KTM had a torrid time in the Qatar double-header, with Binder and team-mate Miguel Oliveira languishing outside the top 10 in 14th and 13th in the Qatar GP. Although Binder improved to eighth in the Doha round, Oliveira struggled to 15th.

At Portimao, where Oliveira dominated on the RC16 in 2020, Binder emerged best of the KTMs in fifth having started from 18th – but was unable to get involved in the podium battle - and Oliveira crashed on his way to finishing 16th.

KTM’s struggles this season emanate from Michelin’s front tyre allocation, which is proving to be to be too soft for the RC16 – with both factory riders unhappy at the decision from the tyre supplier to remove the front option which won last year’s Portuguese Grand Prix.

Binder, who ran the symmetric medium front instead of the asymmetric hard at Portimao, says KTM still needs to find something on the front-end but doesn’t feel the marque’s situation at present is as bad as it looks.

“I definitely feel like we need something on the front, for sure,” he said.

“I do feel like there’s something there we could improve. It’s clear the first three races have not been what we wanted, for sure, it’s been super-tough for us.

“But I think the important thing is to keep really working at it and I think we will get it right.

“The amount of brain power we have here in KTM is huge and I’m sure they’ll figure it out. I hope sooner than later, but we’re not in a terrible place anyway.” 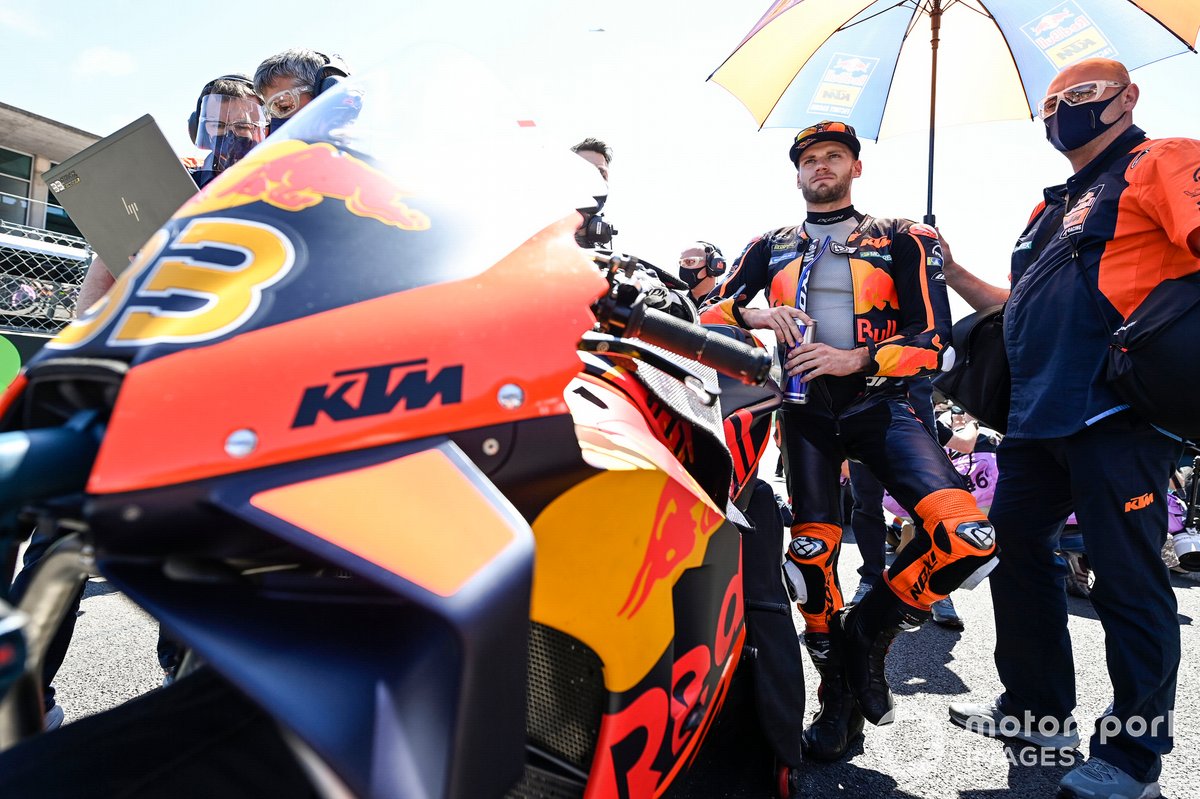 Binder says KTM did make a small improvement on the front-end in Portugal, but notes he currently has to be “super-cautious” under braking and in the first part of turning – two areas the KTM needs to exploit to make its lap time.

While improving this remains the focus, Binder also concedes KTM has to accept the situation with the tyres and adapt to it.

“We really struggle a little bit with the softer compound but we’ve done a bit of work on the bike to help ourselves out and I think we made a small step for that,” he added.

“But the problem is we need to be very, very cautious on the front; you can’t brake super-hard and throw it in because it does just disappear on you.

“It’s a difficult situation at the moment but we’re working hard to try and adapt our bike to make it work.

“For race pace we’ve definitely found something, but we just need to try and make a step for that one-lap pace.

“We did play with the front-end a little bit. Nothing too crazy to be honest, just try to make it a bit stable for us.

“That’s about the only change we’ve made, it’s very close to what we’ve been using. It’s just more accepting what we have and trying to work with it.”

Safety devices in MotoGP: airbags, helmets, boots and other gear