Suzuki refugee Aleix Espargaro admits he was surprised with how good Aprilia's MotoGP bike is, during his first test at Valencia

Having been delayed in development, Aprilia's RS-GP only turned a wheel for the first time five weeks before the 2016 season opener in Qatar.

Espargaro got his first taste of the bike last Tuesday and Wednesday, setting the 14th and ninth fastest times - lapping within one second of the pace on day two - and was impressed with what he found.

"I was expecting something a little worse but the bike is really competitive.

"From the first impression I really like it a lot. We know the direction we have to work in.

"It's a really stable bike. It's turning a little bit better than I expect.

"Obviously we have to improve but that's not my biggest worry.

Espargaro spent the last two years with Suzuki as it returned to MotoGP in 2015.

It won a race and recorded three other podium finishes with Maverick Vinales this year, but Espargaro's best result was a fourth. 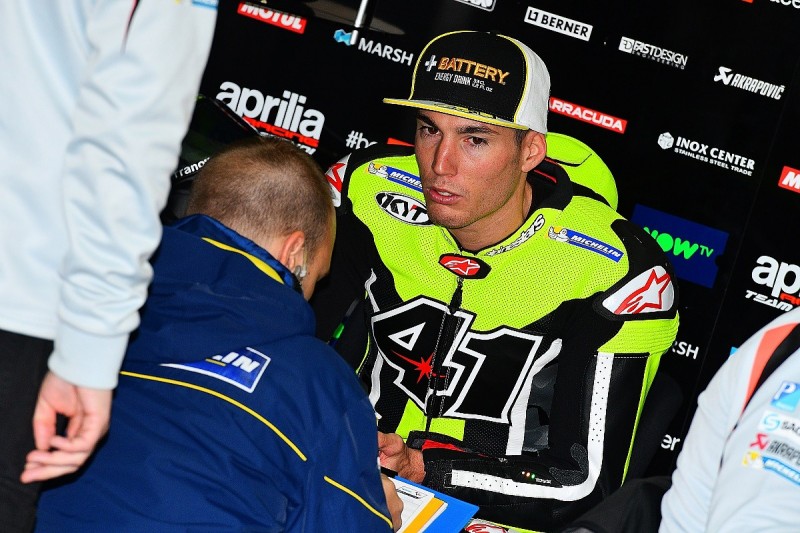 Alongside rookie Sam Lowes, stepping up from Moto2, Espargaro will serve as Aprilia's experienced hand next year in his eighth full season in MotoGP.

"In the electronics we need to improve a little bit," he said.

"The first run out of the pits I liked the bike. It's really comfortable. It's bigger.

"The most important thing is all the crew with me are really enthusiastic.

"They are really focused on improving the bike, listening to all my comments, so this for me is unbelievable.

"It obviously puts a lot of pressure on me but I'm really happy."

Having started his Aprilia testing programme mid-year, Lowes was 24th fastest on Tuesday but crashed late in the day at Turn 12.

With neck pain his primary concern after hitting the tyre barrier, Lowes decided to sit out Wednesday's session, in order to ensure he's fit for this week's test at Jerez.