Lowes was called up after Smith suffered knee ligament damage in a crash in practice for the Oschersleben 8 Hours race in August.

He made his debut in his home race, the British Grand Prix, last weekend and the San Marino race was the second of his two confirmed starts.

Having scored points on debut at Silverstone with 13th, Lowes crashed out of the Misano race on Sunday, but he will get another opportunity at Aragon in a fortnight, with Smith still sidelined.

Between the two MotoGP events, Lowes will contest the World Superbike round at the Lausitzring next weekend.

"I've enjoyed this event but it's never nice to end with a negative result in the GP, especially as I am getting more competitive on the Yamaha," Lowes said of the Misano race.

"I have to say again that this experience has been fantastic and I have been able to enjoy the time because there is no pressure with regards to the championship standings.

"I wish that I was able to repay the team's efforts with a good finish today, but we made a good step up from Silverstone. 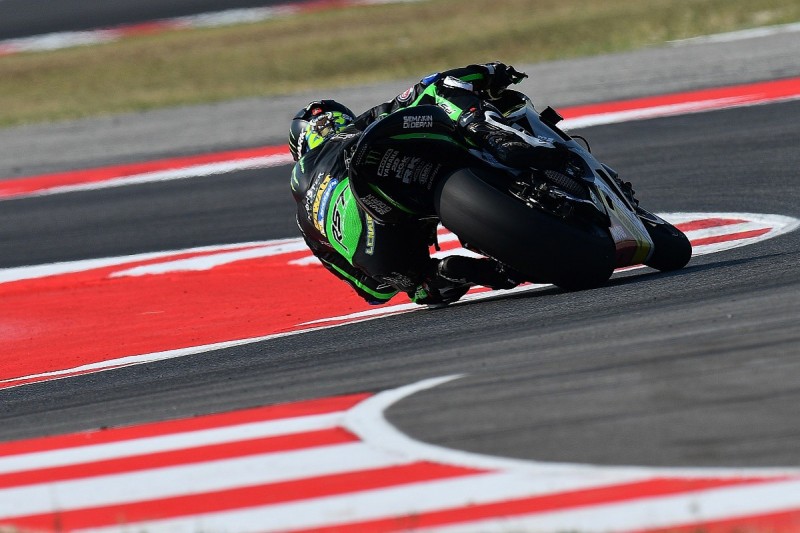 "I am thankful to have another opportunity [at Aragon].

"Yet, first of all, I have to concentrate now on my own championship targets in WSBK with next week's race in Lausitzring and I am very confident that the experience gained in MotoGP will enable me to fight for the podium."

The 25-year-old was targeting team-mate Pol Espargaro's pace at Misano, and qualified five places behind the Spaniard with a Q1 time six tenths slower than Espargaro managed in Q2.

Espargaro ultimately finished in ninth place, while Lowes was running 16th when he fell.

"I was very pleased with Alex in every practice session including qualifying," Tech3 boss Herve Poncharal said.

"He has been doing a great job and I was very sorry to see him crash.

"His performances have impressed Yamaha Europe, Yamaha Japan and the Tech3 team.

"We are really happy with this news and we hope that another MotoGP appearance will continue to boost his career."