Ducati sporting director Paolo Ciabatti believes it will be "impossible" for MotoGP to begin its season before June or July given the worsening coronavirus situation in Europe.

After the Qatar opener was run earlier this month for Moto2 and Moto3 only in light of the worsening COVID-19 crisis, the three following races in Thailand, Austin and Argentina have all been rescheduled for later in 2020.

It means, as things stand, the campaign will commence at Jerez in Spain on 3 May - although this scenario looks increasingly doubtful given the measures being taken by governments across Europe to try and stem the tide of the pandemic.

Ciabatti told Moto.it: "I follow all the statistics closely: I think we will soon see the numbers we have seen in [Italy] in the rest of the continent, which is taking advantage of our experience and implementing drastic decisions.

"Studying the numbers, I'm afraid it's impossible to think that the world championship will start before June or July.

"In China, very strict measures have been taken, in an authoritarian way: it has locked down everything and that's it, without exceptions.

"They're coming out of it now, after two months. With our democratic system it will take even longer." 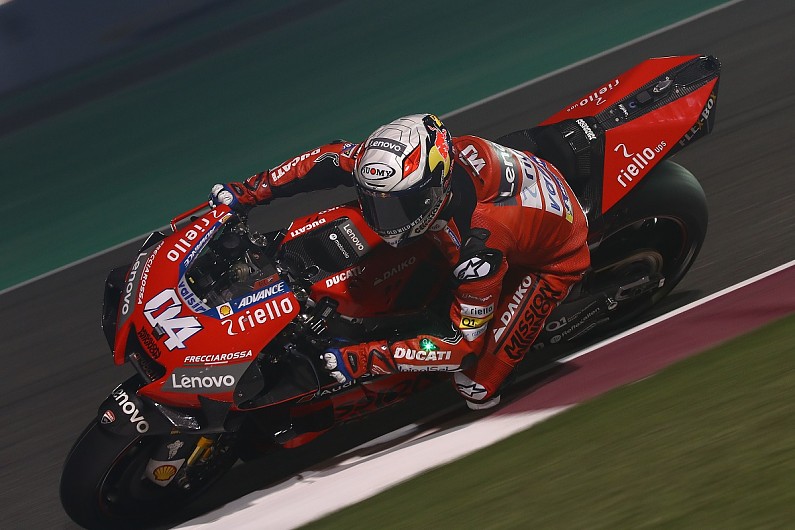 Ciabatti expects the traditional summer break to be axed in MotoGP, as it has been in Formula 1 in a bid to fit in more races when competition can finally resume.

"At the moment, the championship has a three-week break in July: conditions permitting, a couple of GPs could be held during that time," he said.

"The championship will be more compact, it will be possible to race also in December in some circuits.

"I think there is a possibility to hold 17 or 18 GPs, as was the case until a few years ago [when the calendar was expanded], trying to keep the commitments with the TV, the sponsors.

"But this in theory. Nobody can say when the situation will return to normal."

Earlier this week, the Isle of Man TT was cancelled due to the outbreak, while Northern Ireland's North West 200 has been postponed - though it is unlikely it will be rescheduled.

On Thursday, organisers for July's Southern 100 - also held on the Isle of Man - announced it had cancelled the 2020 event.