© 2021 Motorsport Network. All rights reserved.
TV Tickets fashion Giorgio Piola jobs
Previous / How Ducati has been left behind in the MotoGP rider market Next / Ducati thinks starting the 2020 MotoGP season in May is "impossible"
MotoGP / News

Vinales: Lorenzo MotoGP wildcard will be "important" for Yamaha

Maverick Vinales says Jorge Lorenzo's Barcelona MotoGP wildcard will be "important" for Yamaha to allow it to properly test new parts, and hopes the three-time champion will do further races

Yamaha announced earlier in the month that Lorenzo will make his MotoGP race comeback at his home Catalan Grand Prix (currently slated for June), just seven months after he retired from racing following a miserable sole season on the factory Honda.

Lorenzo, who spent nine years with Yamaha during which he won all three of his MotoGP crowns, returned to the Japanese marque's fold in the winter as its official test rider and rode in last month's Sepang test.

Commenting on the news in an interview with motogp.com, Vinales says Lorenzo will be able to test items more effectively as it is typically harder for the race riders to offer feedback during post-race test outings - of which there will be in Barcelona - due to the abundance of grip on track.

"I think it's important for Yamaha [for Lorenzo to wildcard at Barcelona] because they can try many things during the race [weekend]," Vinales said.

"Sometimes when we test things, the mistake is that on Monday there is a lot of grip on the track because all the Michelin rubber is there [from the race].

"So, the laptimes are very fast, [because there is] always fantastic grip. So, it's difficult to test new parts.

"I think for Yamaha it's very important with Jorge - not even at Montmelo - if they can make more wildcards. 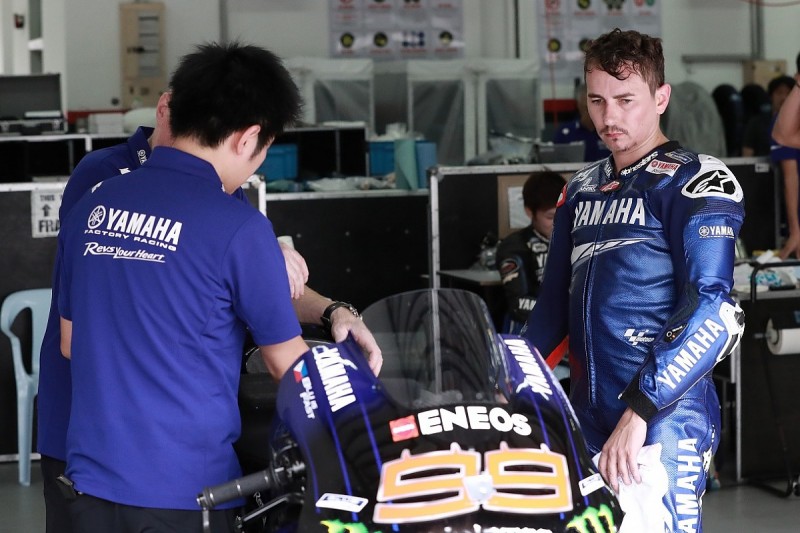 "[It] will be really good because they can test new items, many things, really prove that it's working well on a race weekend."

The enforced current two-month layoff due to the coronavirus pandemic has offered riders added preparation time ahead of the season beginning properly.

Vinales, who is remaining "quite calm" through the current situation, says he is out on a bike as much as he can in order to improve his riding and braking style for when he jumps back on his M1.

"We are trying to be on the bike the most days I can, because it's very important to keep riding, to keep that intensity we bring from the pre-season," he added.

"We need to improve the riding style still. I think we are not at the best right now, so there is a point where I have to improve.

"Also a little bit the braking area, I have to be stronger.

"So, I think in this month I can make another step on the riding style and I think I can ride much better the Yamaha.

"So, for us it was very important to keep riding on a bike, so that's the plan.

"We can't wait to be on the M1 and race, because we prepared everything this year very good."

How Ducati has been left behind in the MotoGP rider market

Ducati thinks starting the 2020 MotoGP season in May is "impossible"