New quarantine procedures for those travelling from Italy in Qatar led MotoGP to cancel to the first race of the season, while the second round in Thailand was postponed due to a countrywide ban on large public gatherings.

A new calendar has confirmed Austin - originally round three - as the first race of the season, with Thailand moved back to October 4.

However, the continued rise in cases worldwide poses further threats to racing as the season goes on.

Speaking in a press conference ahead of the Qatar Grand Prix - which will only have Moto2 and Moto3 present - Ezpeleta says "everything is possible" in terms of ensuring events are run, with races held behind closed doors an option.

"Everything is possible," he said when asked if he would consider behind-closed-doors races.

"The most important thing for us is to have a solution together for everything.

"We say always that Dorna with its agreements with FIM and IRTA, it's a company process and this is our obligation. 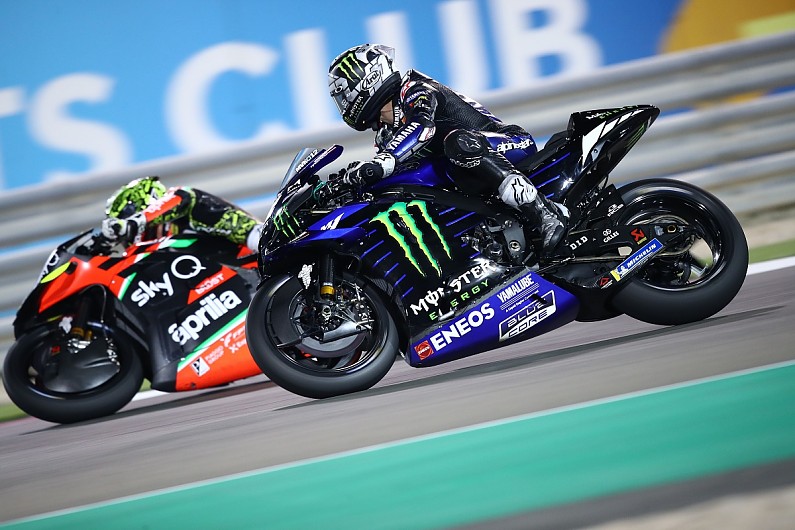 "This most important thing - more important than economical things - is to make races and I assure you with the collaboration of all the people of IRTA, of all the Moto2 and Moto3 managers, we will try to do as many races as we can.

"Right now I will not say I am optimistic or not, but the only thing I promise to you is we will work hard for whatever solution is happening to make the remaining races happen - the 19 remaining races."

Ezpeleta revealed Dorna had attempted to organise a charter flight from France to get all Italian riders as well as enough crew for each team to viably run the race to Qatar, and were close to succeeding before the country announced new restrictions.

Dorna issued a revised calendar on Thursday confirming Austin as the new MotoGP opener, with Thailand moved back to 4 October.

Ezpeleta confirmed that, because of track works being carried out at Losail, there would be no room for Qatar at any point this year.

It was also confirmed that the minimum number of races Dorna can contractually run is 13.