Cal Crutchlow admits the Phillip Island crash which badly broke his ankle last year has "haunted" him all season, as he claimed second in the MotoGP Australian Grand Prix.

The LCR Honda rider shattered his right ankle when he fell during practice at Phillip Island's first corner last year, with the injury so severe his career hung in the balance for some time.

He led the 2019 edition of the event for a handful of laps early on, having moved ahead of Valentino Rossi at the start of the fourth tour, before fading later on with rear tyre troubles and finishing second.

Crutchlow said he was "scared" all weekend of repeating his Phillip Island crash, having struggled to remove it from his mind, but "proved" that fear wrong with his third podium finish of the season. 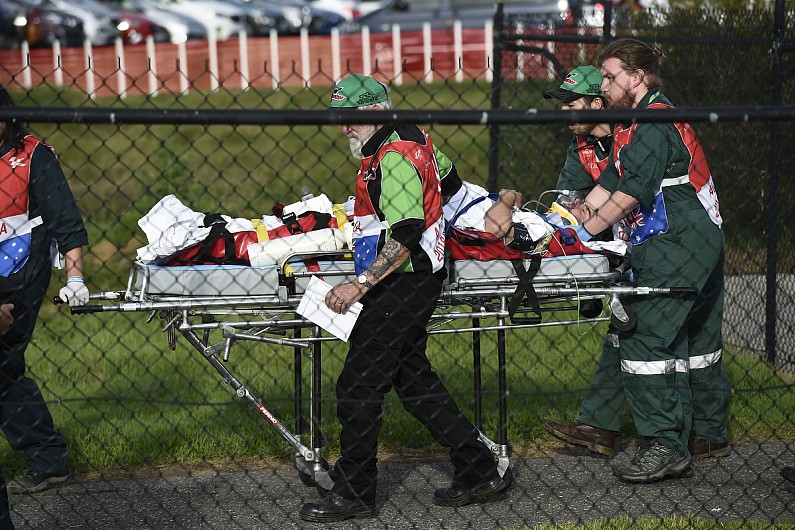 "What a year it's been, to come back after the injury, to sit all winter to get the rehabilitation going thinking 'will I ever be able to ride a bike again?'," Crutchlow said.

"And now to stand here on the podium... the funny thing is, I've never had a crash I've thought about.

"I just get back on and I don't really care. This one has haunted me for a year, honestly.

"I said to [my wife] Lucy before, I was scared, worried and you never know if it's going to happen again because you're thinking about it.

"I think we proved that wrong today and it was nice to be here today.

"I actually had the surgeon here who did the operation, because he saved my career.

"The whole LCR Castrol Honda team today deserve this, to be stood on the podium."

Pramac's Jack Miller, who is a close friend of Crutchlow's and was third at Phillip Island, expressed his delight at sharing a podium with him for the first time given the events of last year.

"This is our first time on the podium together, " said Miller.

"I'm stoked to be on the podium with Crutch, because this time last year I was driving down to St Kilda to go and sit with him in the hospital when he was drugged out of his mind and yelling at the nurses and whatnot.

"So it's a lot better to be here than up there." 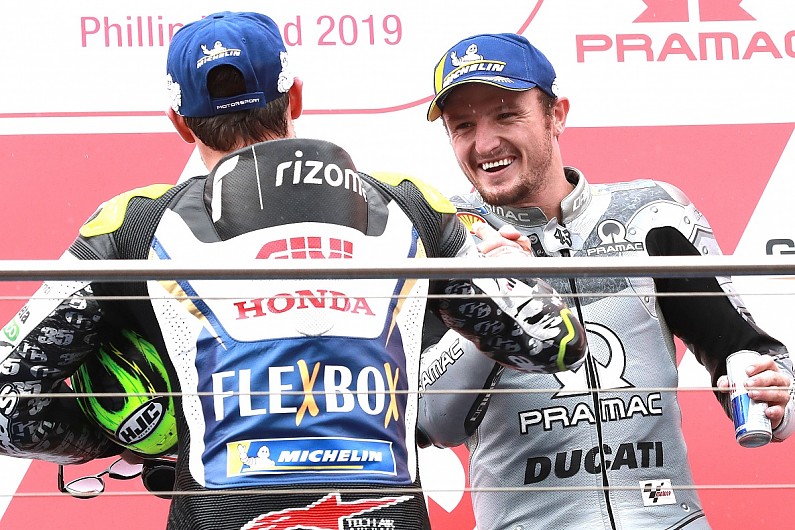