Aprilia's Aleix Espargaro edged Marc Marquez by just 0.005 seconds in what could prove to be a decisive second MotoGP practice session at Phillip Island.

Friday's second 45-minute session was run in sunny conditions, making it a crucial shootout for Q2 slots ahead of an expected shift in the weather on Saturday.

Times quickly dipped under Marquez's practice one benchmark, Espargaro jumping to the top at the 10-minute mark with a 1m29.225s.

Remarkably, Espargaro's early time proved good enough for top spot. Marquez did his best to chase down the Aprilia rider, going second quickest with a 1m29.307s, before finding more time on his final run at the end of the session.

Title contender Andrea Dovizioso was third quickest, and right among those to have safeguarded themselves against the changing weather with a 1m29.322s.

Last year's Australian Grand Prix winner Cal Crutchlow did likewise with his 1m29.329s just 90 seconds from the end of the session. 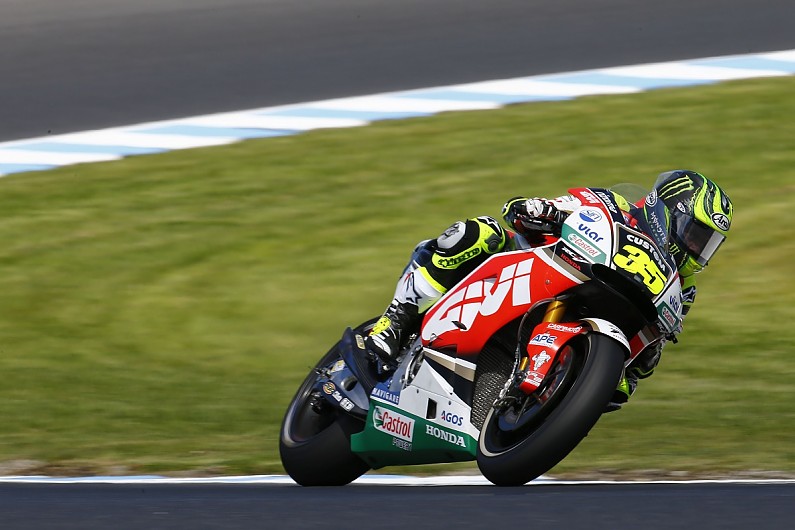 Maverick Vinales finished fifth, despite a high-speed crash 25 minutes into the session.

The Yamaha rider lost the front end heading into Hayshed, forcing a change of leathers and a change of bike for the final 15 minutes.

He didn't improve in the final scramble, but his 1m29.423s was still good enough to leave him with a provisional spot in Q2.

Andrea Iannone was next, ahead of Johann Zarco and Dani Pedrosa.

Pol Espargaro was 10th, last of those to already have a foot in Q2 should the weather deteriorate overnight.

Jorge Lorenzo is the first of the big names that will need to improve on Saturday to avoid Q2, the Ducati rider finishing up 11th quickest.

Valentino Rossi heads into Saturday in the same position, having only been 12th quickest on the Yamaha.