Sam Lowes has signed a deal with Thomas Luthi's long-time Moto2 team CarXpert Interwetten for 2018, after a single season in MotoGP 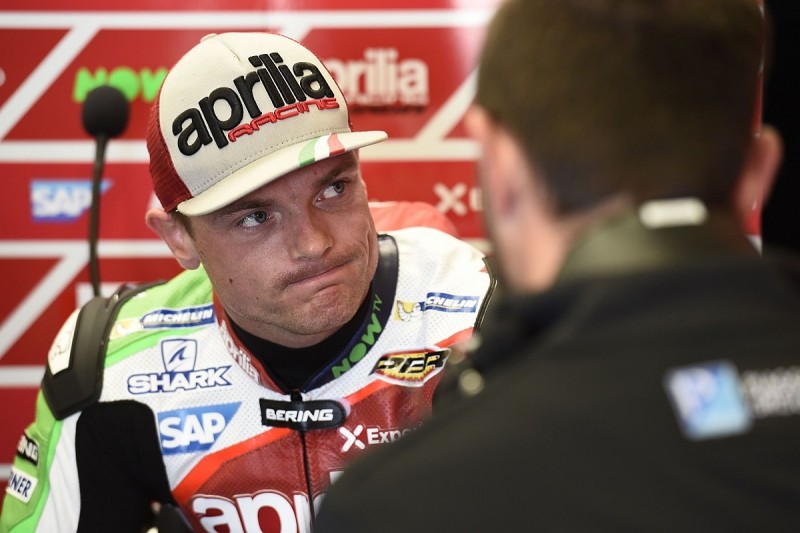 Lowes signed a multi-year deal with Aprilia starting this year, but a tough rookie season in MotoGP's top class led the team to terminate the contract after a single campaign.

Following that announcement, Lowes hinted he could return to Moto2, the championship he raced in between 2014 and 2016.

The Briton will replace Luthi in the Interwetten Moto2 squad, with Swiss rider moving up to MotoGP with Marc VDS for 2018.

"The goal at the start of the year was to do a good job in MotoGP and stay here," said Lowes.

"The back-up plan, what I'm trying to do now, is going back to Moto2, try to become world champion, try to win the British Grand Prix which is something I've not done.

"Everything happens for a reason, I'm going to go back there, hold my head high and try to do a great job.

"Thank you to the team for putting their faith in me to bring them the championship and that's what we're going to try to do.

"But now, I've still got six races to do in MotoGP and I want to enjoy it as much as I can.

"I want to pay Aprilia back for the opportunity, and hopefully at their home race in Misano [next] we can do a good job.

"Things aren't going very well so there's nowhere to hide from that, it's obvious.

"I need to go back, refresh, recharge, and come back in a better way and show people what Sam Lowes can do.

"I feel like I'm joining the right situation to do that and we'll keep working hard."

Apart from Lowes, Avintia Ducati rider Hector Barbera is also rumoured to be heading to Moto2, after his ride with his current team, the last one with available seats for 2018, is in jeopardy.

His team-mate Loris Baz is also in danger of losing his place, as Tito Rabat is set to sign with the team and the second bike is in high demand among several other riders.

Moto3 rider Bo Bendsneyder has been confirmed to move up to Moto2 today, the Dutchman joining Tech 3 Racing.