Dries Vanthoor described his Le Mans 24 Hours qualifying performance to beat the factories to the GTE Pro pole in his privateer HubAuto Porsche as the "lap of my life".

The Belgian, who is part of Audi's factory GT3 roster, explained that he got the maximum out of his Porsche 911 RSR-19 on the way to beating Ferrari driver Daniel Serra to the top spot in Thursday evening's Hyperpole session by nearly two tenths of a second.

"Normally I would always say I could go a little bit faster, but no, I don't think there was a lot more," said the 23-year-old, the younger brother of Porsche factory driver Laurens Vanthoor.

"We were told to go as fast as we could, and that's what I did."

Vanthoor took the pole on his second appearance at Le Mans with a 3m46.882s, which compared with Serra's 3m47.063s aboard the best of the factory AF Corse Ferrari 488 GTE Evos.

Nick Tandy was only three hundredths further back in the only Chevrolet Corvette C8.Rs to make it through to the Hyperpole session for the fastest six cars from first qualifying on Wednesday in each of the World Endurance Championship's four classes. 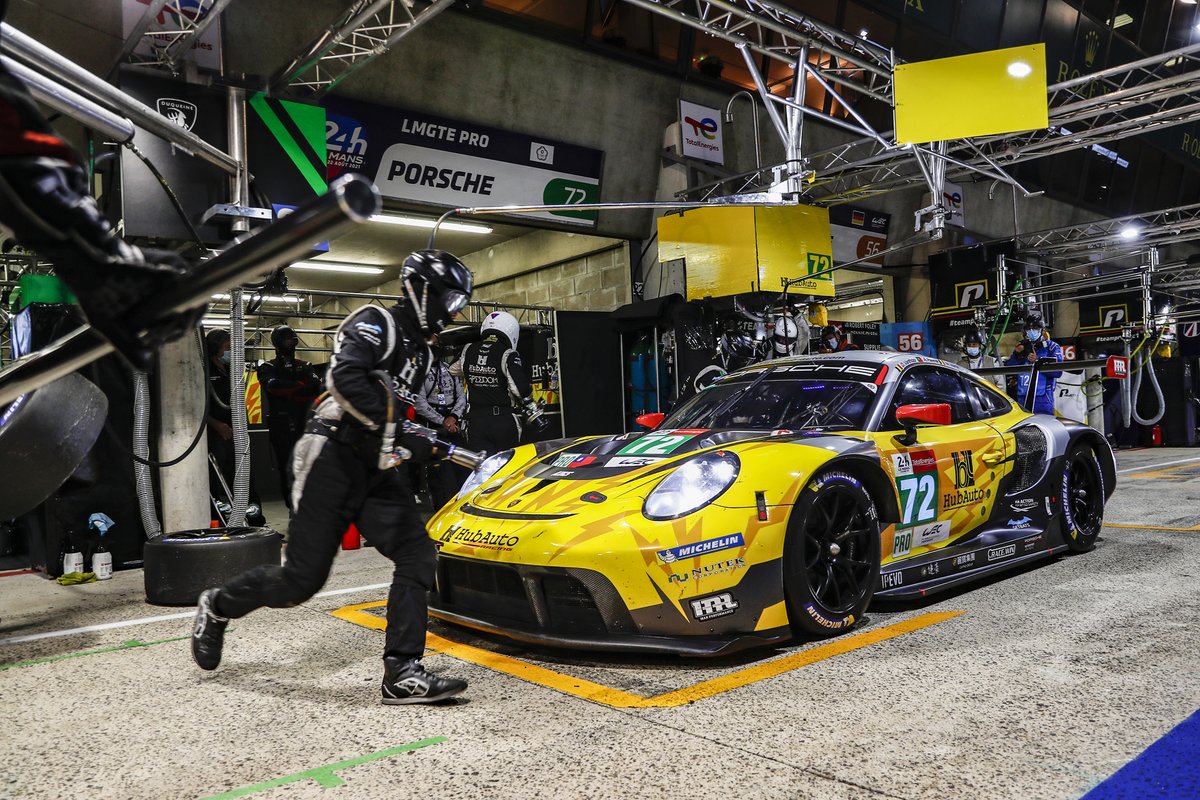 Vanthoor set his time on his second flying lap after the restart that followed a red flag, resulting from Kevin Estre's crash at Indianapolis in the #92 factory Manthey-run Porsche.

Serra set his mark right after the resumption, before going for a second run that failed to yield an improvement in his time.

Vanthoor described being on pole for the Taiwanese HubAuto squad ahead of the factory Porsches, Ferraris and Chevrolets as "pretty cool".

"I don't know what to say about how it feels, I have no words," he said.

"It is pretty crazy actually if you are fighting against the factory Porsches, Ferrari and Chevrolets that a private team can be on pole.

"It is a good thing for Porsche to show their customer thing is working."

Vanthoor's only previous Le Mans start came back in 2017 when he won the GTE Am class for the JMW Ferrari team together with Will Stevens and Rob Smith.

His accolades in the GT3 arena with Audi include winning the Nurburgring 24 Hours in 2019 and the Bathurst 12 Hours in 2018.

What could have been: When a rally king's Le Mans debut was scuppered