Ferrari factory GT driver Davide Rigon has been ruled out of the Le Mans 24 Hours while he continues to recover from his recent crash in the Spa 24 Hours.

The Italian was one of four drivers involved in accident in the early laps of the GT World Challenge Europe blue riband, joining Franck Perera and Kevin Estre in hitting the stranded Lamborghini of Jack Aitken at the top of Raidillon.

Along with Aitken, who is recovering from fractures to his collarbone and vertebrae, Rigon was subsequently taken to hospital for evaluation but released later that day. He was seen back at the circuit wearing a back brace.

Rigon was scheduled to share the #52 Ferrari in GTE Pro with Miguel Molina and Daniel Serra, but has been withdrawn on the eve of the pre-event test which begins on Saturday.

A spokesman for Ferrari told Autosport: “Davide is still suffering with his back and our medical team didn't want to take any risks.

“We waited for as long as possible to see if he would be fit.”

Sam Bird has been named as his replacement on the official entry list, but no mention of the Briton was made in an official Ferrari statement.

Bird, who will miss the test day to contest the Formula E championship decider in Berlin for Jaguar Racing, was a full-time member of Ferrari's GTE Pro roster between 2016 and 2019. 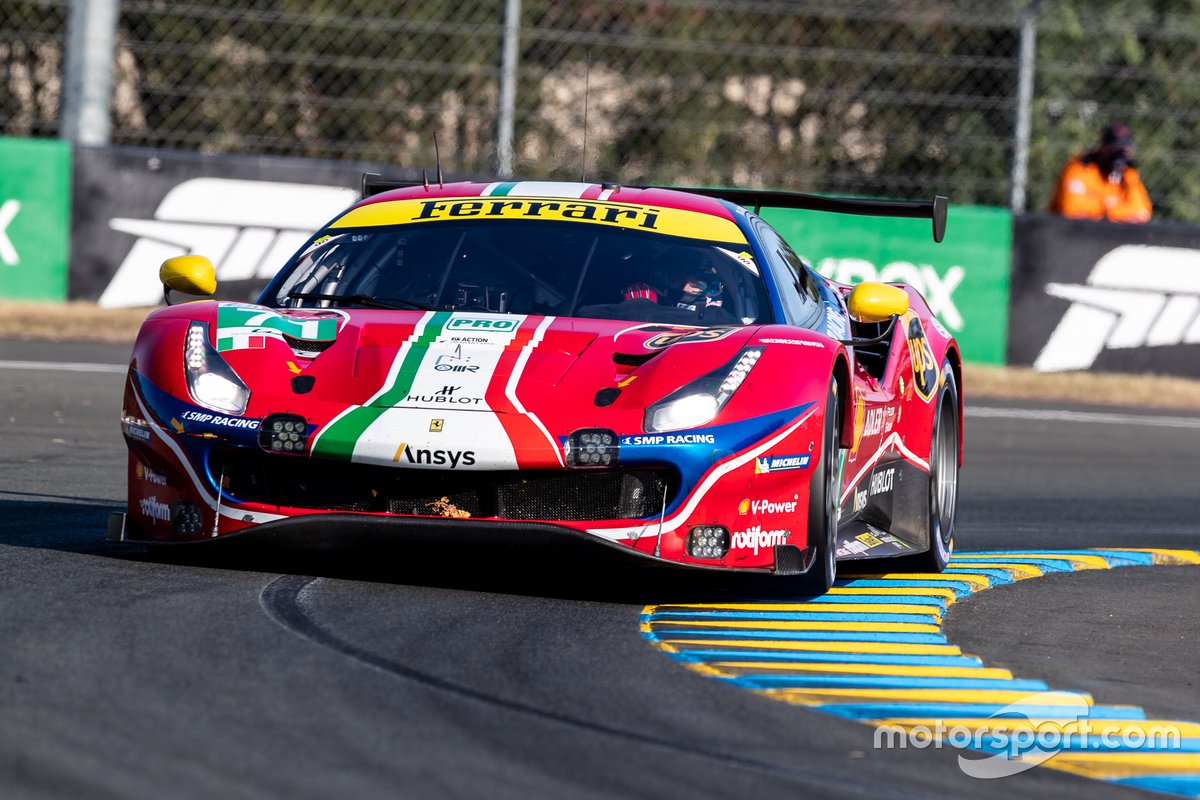 His most recent appearance with Ferrari came at Le Mans last year, when the car he shared with Rigon and Molina ground to a halt with a gearbox failure on its final lap and was not classified.

The 34-year-old Italian, whose best finish at Le Mans in seven starts remains a second in GTE Pro with Calado and Olivier Beretta in 2015, had been switched to a full season programme in GTWCE with Iron Lynx.

Sharing with Antonio Fuoco and Callum Ilott, he had finished fourth in both the Monza and Paul Ricard rounds.