Williams Formula 1 reserve Jack Aitken and Ferrari factory driver Davide Rigon have been transferred to hospital after a major accident in the opening hour of the Spa 24 Hours.

Aitken's Emil Frey Lamborghini and Rigon's Iron Lynx Ferrari were involved in a four-car accident at the top of Eau Rouge on the 10th lap of the double-points round of the GT World Challenge Europe, which resulted in an extended period of yellow-flag running.

The injuries of Aitken and Rigon were described by the race organisation as non-life threatening.

The other drivers involved were Porsche factory driver Kevin Estre, who is racing for the Rutronik team, and Franck Perera, who is competing in another of the Emil Frey Lambos.

They have already been discharged from the circuit medical centre and returned to their teams.

No TV footage of the incident or its aftermath has been shown.

A Williams F1 statement said: "Sending our best wishes to our Reserve Driver Jack Aitken following an accident at the @24HoursofSpa.

"Jack has been taken to hospital for further evaluation and fortunately with no life threatening injuries. Everyone at the team wishes him a speedy recovery."

Explaining his view of the crash, Estre said: "I was behind Nick Tandy and down in Eau Rouge, and there was the Ferrari just in front of him on the normal racing line. I was also normal on the racing line and then suddenly I saw a lot of smoke and a lot of debris in front of me over the crest. 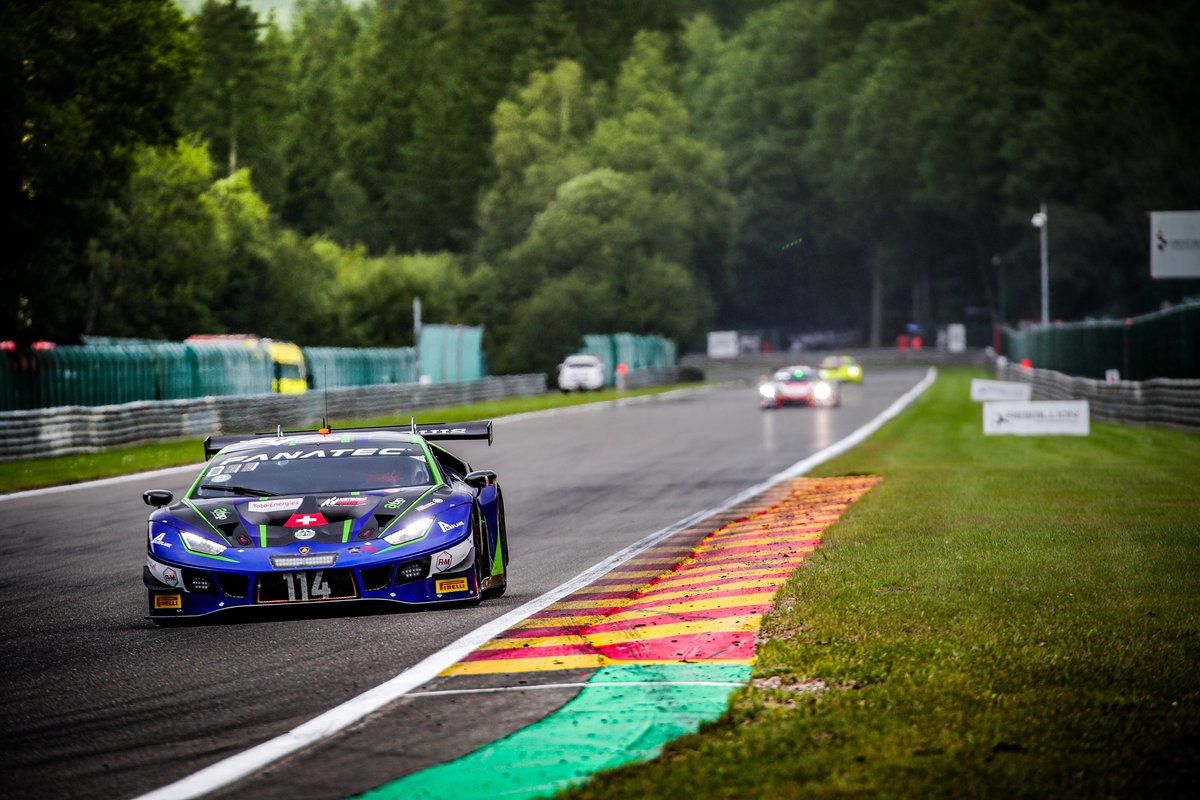 "It was quite a big hit, which spun me and brought me into the barrier. Nick could pass I think on the left side. And then there was Perera, which was just behind Aitken with the other Lamborghini, which hit him basically and brought him into me.

"So I think that's how it happened, but I'm not sure yet. As I said, I couldn't really see - we have to wait for the onboard."

The race was neutralised with a Full Course Yellow, a virtual safety car with an 80km/h speed limit, before the safety car was sent out to bunch up the field ahead of the restart.

The race went green after approximately one hour and 20 minutes of yellow-flag running while the barriers were repaired.

Pole winner Raffaele Marciello was leading the race aboard the #88 Auto Sport Promotion Mercedes-AMG GT3 at the time of the accident.

He continued to lead the field from Mirko Bortolotti's FFF Racing Lamborghini Huracan GT3 Evo through the first round of pitstops, which took place under the yellows.

A sudden downpour on the first lap after the restart then brought nearly the entire field to the pits for a change to wet-weather tyres.