Toyota's #8 entry maintained a healthy lead heading into the final four hours of the Le Mans 24 Hours, while the battle for GTE Pro honours between Ferrari and Porsche heated up.

Following the earlier front hybrid issue for the #7 Toyota GR010 Hybrid that put the car a lap down, Jose Maria Lopez was able to get back on the lead lap after passing Brendon Hartley in the race-leading #8 car with around five hours left on the clock at the Circuit de la Sarthe.

Kamui Kobayashi continued Lopez's charge when he took over at the wheel of the #7, posting a new fastest lap of the race on lap 294, but Ryo Hirakawa was able to keep the advantage for the #8 crew hovering at around the three-minute mark.

With four hours remaining, Hirakawa was 2m55s ahead of compatriot Kobayashi, with Franck Mailleux still circulating four laps down in third in the best of the two Glickenhaus 007 LMHs, the #709 car.

Alpine's race went from bad to worse when Matthieu Vaxiviere suffered an off at the Porsche Curves while trying to negotiate the GR Racing GTE Am class Porsche.

"I went around the outside of the Porsche but he moved just when I arrived," said Vaxiviere. "I think he thought I was on the inside, he didn't see me. Then I went for the outside. He went completely on the left.

"To avoid him I had to go on the grass and then I touched the wall unfortunately. It's a shame. We were working quite well during this night, to crash like that is a shame but it's part of the game."

The Alpine lost around six minutes in the incident itself, and after trailing back to the pits, spent 20 minutes in the garage being repaired, leaving the grandfathered LMP1 car 17 laps down and 27th overall. 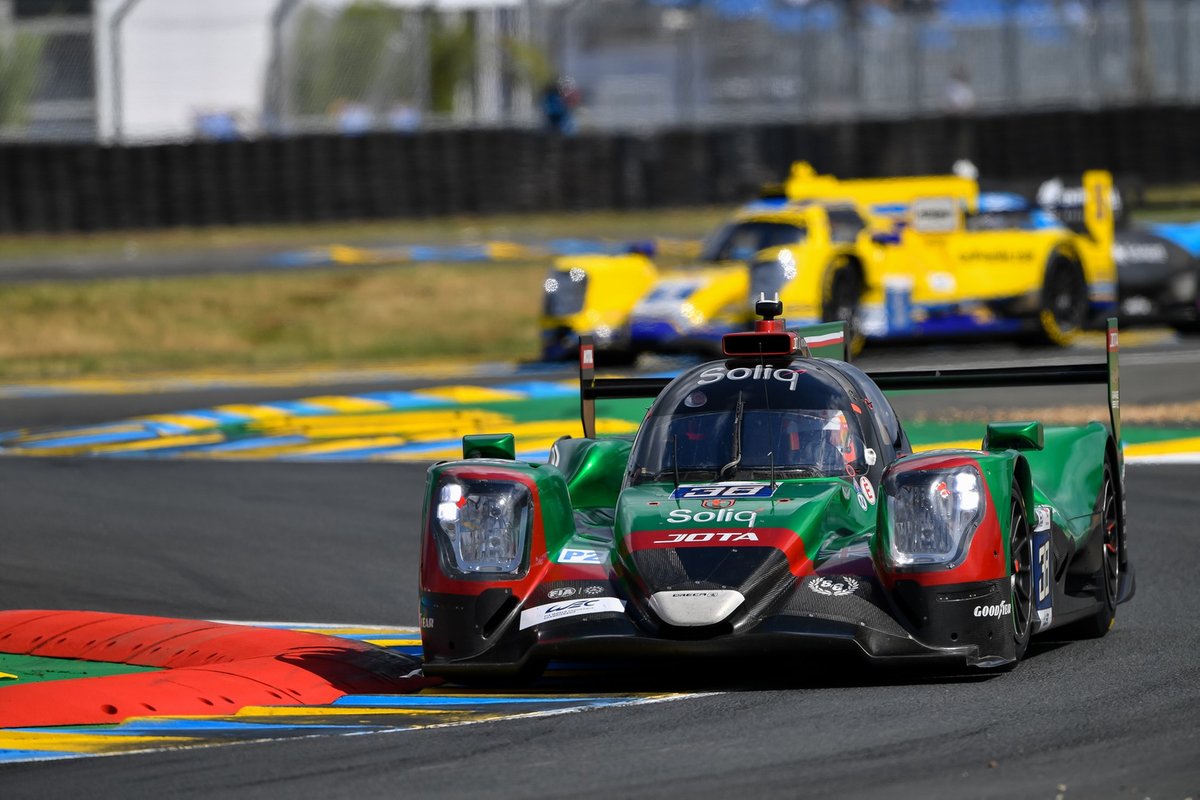 In LMP2, the first safety car period of the race put a significant dent in the advantage of the long-time class-leading #38 JOTA ORECA 07-Gibson.

The intervention came when Robin Frijns lost control of his WRT ORECA exiting Indianapolis, spearing into the barriers on the left-hand side.

Will Stevens was a lap ahead of the opposition when he came into hand over to Antonio Felix da Costa, but lost considerable time held up by a red light at the end of the pitlane as a handful of cars waited to rejoin the next safety car train.

However, JOTA was still comfortably on course for class honours with four hours remaining, as da Costa ran 2m06s clear of the second-placed #9 Prema ORECA driven by Lorenzo Colombo.

JOTA's second car, the #28 of Oliver Rasmussen, managed to tighten its grip on the final podium spot, running the best part of a lap clear of the #13 TDS Racing ORECA and the #5 Team Penske ORECA car.

The complexion of the GTE Pro race was transformed by the crash that eliminated the class-leading Corvette C8.R of Alexander Sims, who emerged unscathed after being wiped out by Francois Perrodo's AF Corse LMP2 car. 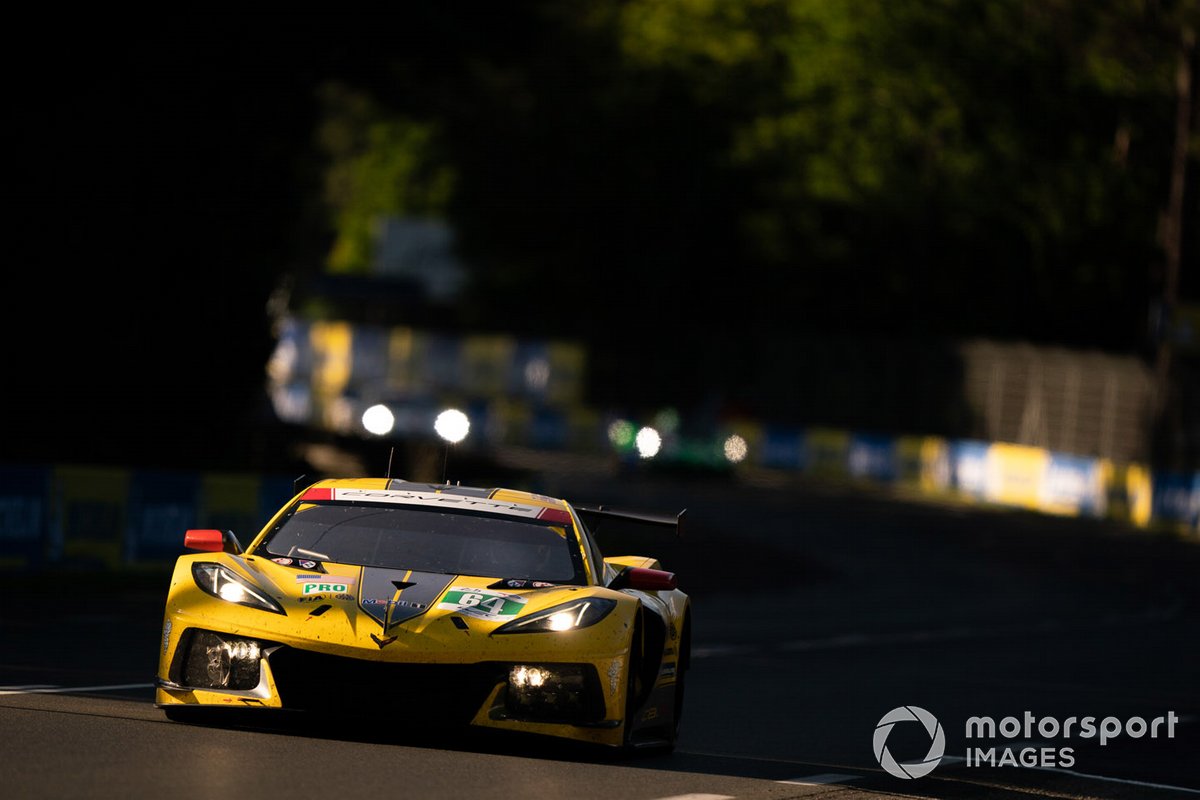 At the time, James Calado in the #51 Ferrari 488 GTE Evo led Frederic Makowiecki's Porsche 911 RSR-19 by around eight seconds, but the gap was reduced to nothing by the safety car period, putting the two leaders nose-to-tail.

Alessandro Pier Guidi was now aboard the class-leading Ferrari with Makowiecki breathing down his neck, escaping with a warning as he cut the track at the Dunlop chicane, but the Italian was forced to pit early due to a right-rear puncture, putting the #51 car off-sequence.

At the 20-hour mark, the #91 Porsche, now with Gianmaria Bruni at the wheel, was 40s to the good ahead of Pier Guidi, with the second Ferrari, the #52 car of Antonio Fuoco, barely clinging on to the lead lap.

The delayed #92 Porsche had recovered to fourth in class in Kevin Estre's hands ahead of the struggling Riley Motorsports Ferrari that had ex-factory driver Sam Bird on board.

In GTE Am, Ben Keating held a solid two-minute advantage aboard his #33 TF Sport Aston Martin Vantage ahead of Julien Andlauer in the #79 WeatherTech Racing Porsche.

Harry Tincknell was a further minute behind in third place aboard the #77 Dempsey-Proton Porsche.