Corvette Racing's hopes of scoring the final GTE Pro class win in the Le Mans 24 Hours were destroyed as Alexander Sims was side-swiped by an errant LMP2 car with just over six hours to go.

Corvette Racing's hopes of scoring the final GTE Pro class win in the Le Mans 24 Hours were destroyed as Alexander Sims was side-swiped by an errant LMP2 car with just over six hours to go.

Sims was leading comfortably in the #64 C8.R he shares with Nick Tandy and Tommy Milner when he was taken out of the race by the #83 AF Corse LMP2 car driven by Francois Perrodo.

Gentleman racer Perrodo was trying to pass the #47 Algarve Pro Racing car along the Mulsanne straight after the first chicane when he jinked to his left, making contact with Sims and sending the Corvette driver spearing into the barriers at high speed head-on.

The incident marks the ends of Corvette's hopes of scooping GTE Pro honours in the final outing for the class at the Circuit de la Sarthe.

Sims's incident followed hot on the heels of the American marque announcing the retirement of its #63 entry shared by Antonio Garcia, Jordan Taylor and Nicky Catsburg. 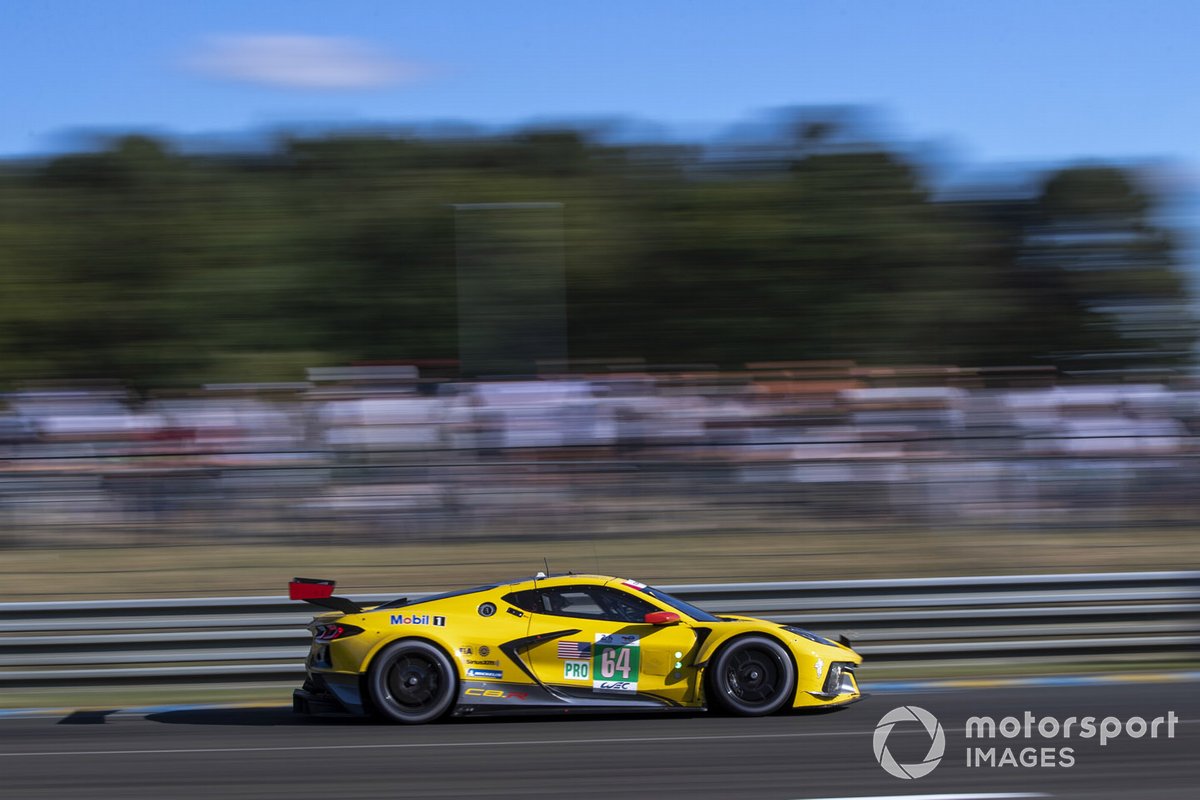 The #63 car had been leading in the early part of the race, but lost considerable time with a left-rear suspension failure that sent the car into the garage for lengthy repairs.

Further time was then lost with checks to inspect a vibration and a subsequent diffuser change, before the decision was made to pull the car from the race due to what the team called "significant mechanical damage - seen and unseen - at the rear of the car".

With both Corvettes now out of the running, the #51 AF Corse Ferrari of James Calado, Alessandro Pier Guidi and Daniel Serra holds a 20-second lead over the #91 Porsche of Gianmaria Bruni, Richard Lietz and Frederic Makowiecki with a little under six hours of the race left to run.