Ferrari has suffered a power reduction in a revised GTE Pro Balance of Performance for the Le Mans 24 Hours, issued by event organiser Automobile Club de l'Ouest on Wednesday.

The Italian manufacturer's 488 GTE Evo has had its turbo boost pressure curve revised downwards as part of a series of changes made ahead of the opening practice session at the Circuit de la Sarthe.

It has had its boost ratio reduced by 0.07 across the rev range, making its power curve comparable to the 2021 edition of Le Mans - albeit with slightly more power at low revs and less power at high revs.

In addition, the Ferrari has had its fuel capacity cut by three litres to 87 litres, while both the 488 and the Porsche 911 RSR-19 have had their minimum rear wing angles adjusted.

The Porsche has had no changes to its power curve or minimum weight, while the Corvette C8.R has not had any changes in the latest BoP. The minimum weight for the Ferrari also remains untouched.

Ferrari has also had a power reduction in the GTE Am class, but the adjustment of the boost ratio is slightly less than in the Pro category. The fuel tank has likewise been cut by three litres to 84 litres.

The same rear wing angle adjustments also apply for both the Ferrari and Porsche in GTE Am.

Like the Corvette, the Aston Martin Vantage GTE, which now only competes in Am, has seen no adjustments.

On Sunday's official test day, all three GTE Pro manufacturers were relatively closely matched, with the best respective cars from Corvette, Ferrari and Porsche all split by under three tenths of a second. 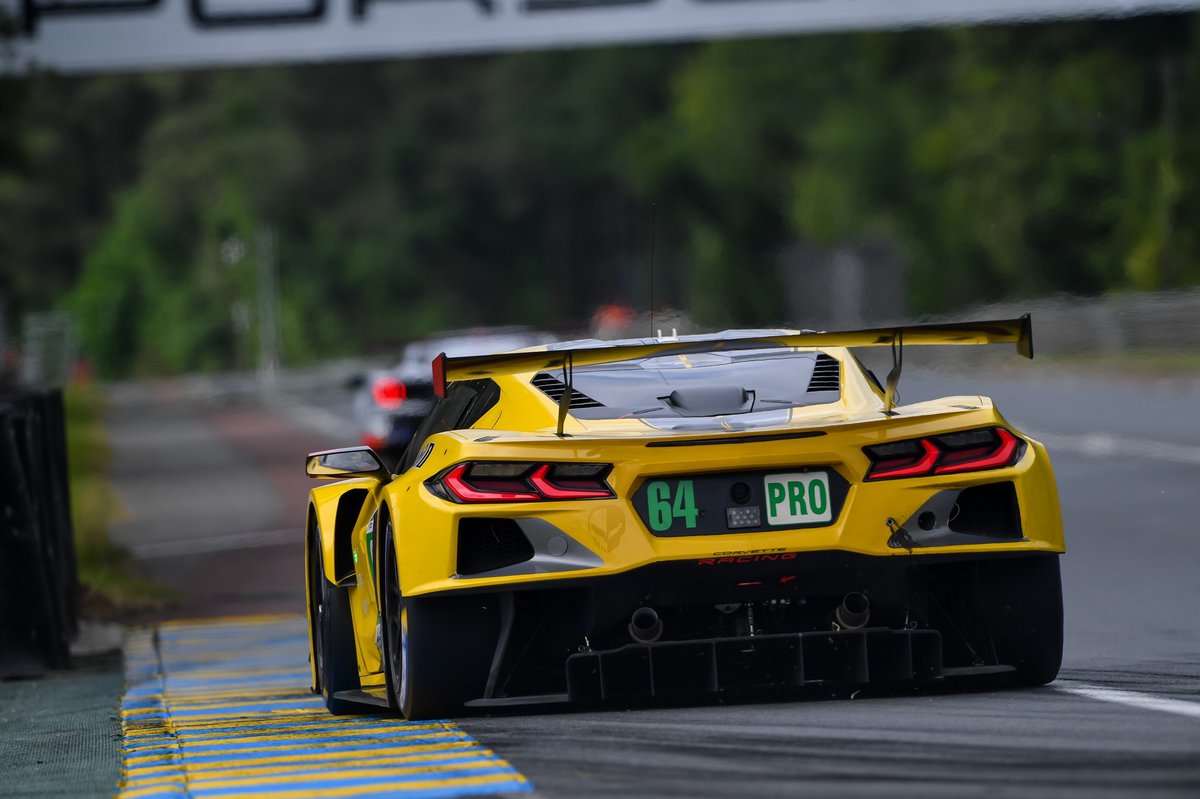 The BoP for Corvette is unchanged, while Porsche has had a minor rear wing tweak

Ferrari won the GTE Pro class at Le Mans last year from Corvette, with the Porsches finishing a distant third and fourth.

Porsche drivers had warned ahead of practice that without a BoP change it would struggle to compete on its swansong GTE Pro Le Mans swansong before switching attentions to LMDh next year.

Gianmaria Bruni stated: “Nothing has changed from last year in terms of our performance. We’ll see how we go in practice and qualifying, but I don’t see a big difference from last year, because nothing has been changed.”