Porsche drivers Gianmaria Bruni and Frederic Makowiecki fear the German marque could be on for another tough Le Mans 24 Hours based on the Balance of Performance in the GTE Pro class.

Since the introduction of the current 911 RSR-19 in time for the 2020 edition, Porsche has never been in contention for honours at the Circuit de la Sarthe, struggling for performance in comparison to rival marques Ferrari and Corvette last year.

While Porsche has expressed its intention to atone for its poor showings of the past two seasons with a win on its GTE Pro swansong outing, Bruni says the lack of BoP changes for the RSR-19 this time around makes it hard to be optimistic.

That’s despite the #91 car the Italian shares with Richard Lietz and Makowiecki setting the third-fastest time on Sunday’s test day, 0.262 seconds behind the pace-setting Corvette C8.R.

Afterwards, event organiser Automobile Club de l'Ouest issued a bulletin that said Ferrari's performance would be trimmed by a revised turbo boost pressure curve and a reduction in fuel capacity.

“It’s hard to say where we will be,” Bruni told Autosport ahead of Wednesday’s opening practice session. “Also last year at the test day we looked competitive and then in the race we didn’t have any chance at all.

Makowiecki added that he was “surprised” that the power and weight of the 911 RSR-19 remain unchanged from the 2021 race.

“I have not such high expectations, because we were also optimistic for the last two years, and then in the race we were not in the game,” the Frenchman told Autosport.

“In the first two hours of the race, we will clearly discover if we are there or not. 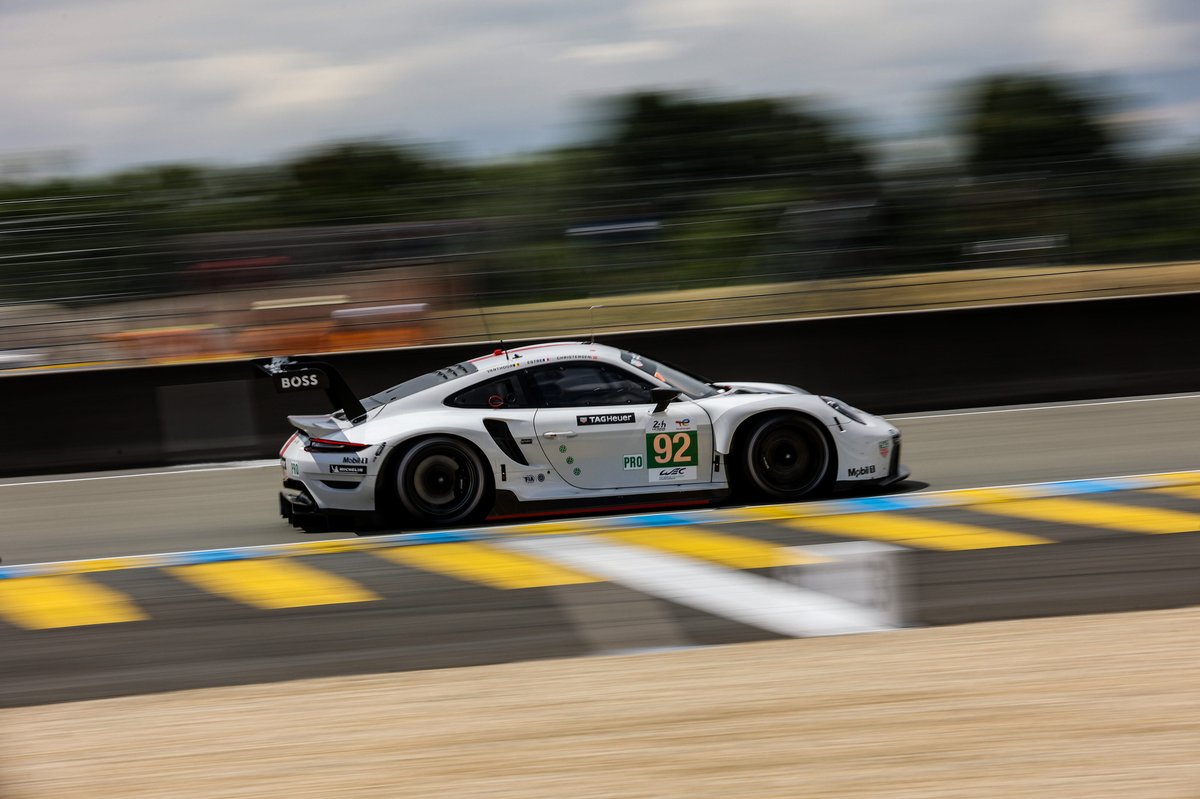 “When you have been disappointed several times, you approach things in a different way. You try to concentrate on the things you can have an impact on.

“We expected to be there the last two years, and if you see the same BoP this year, then it’s normal to think it can be hard.

“I have learned in recent years to be satisfied just to do a good job for yourself, because there are too many parameters that are not in your hands.”

Laurens Vanthoor, who was part of the last Porsche crew that won in the GTE Pro class in 2018, struck a slightly more optimistic note on his return to La Sarthe after a one-year absence.

The Belgian, who shares the #92 car with Kevin Estre and Michael Christensen, said he trusts the rulemakers to give Porsche a fighting chance.

“I always try not to think about the BoP, because it can consume a lot of energy and create negativity,” Vanthoor said. “It’s not something we can control as drivers.

“This year there have been some rule changes which I think have some influence on how the BoP is working. I think the ACO is doing the best they can to give us a chance.

“I don’t want to go into the race with the mindset of ‘the BoP is shit, so we’ll have a shit race’, or I might as well stay at home.”

Pressed on the rule changes giving him some hope of an improved showing, he added: “As far as I understand, it’s the way they look at how manufacturers perform, how things are measured, to stop people not showing their cards. But it’s so hard to know what the others are doing.

“That’s the difficult thing, you don’t really know until the race starts, and by then it’s too late. That’s what happened the last two years, and then it ends up being a very long 24 hours.”