Corvette Racing's return to the Le Mans 24 Hours has been confirmed with the publication of a capacity 62-car entry for this year's rescheduled race in August.

The mid-engined Chevrolet Corvette C8.R that came on stream for last year's IMSA Sportscar Championship will make a delayed Le Mans debut on 21-22 August after the team withdrew from last year's event.

Chevrolet cited the rescheduled date for the double-points round of the World Endurance Championship in September as one of multiple factors behind its decision to end an unbroken run of participations in the 24 Hours dating back to 2000.

The two GTE Pro class C8.Rs, which will carry their traditional #63 and #64 race numbers, will be driven by their regular line-ups.

Full-season Corvette drivers Antonio Garcia and Jordan Taylor will be joined in #63 by Nicky Catsburg.

Nick Tandy and Tommy Milner will be partnered by Alexander Sims in #64.

The return of the Pratt & Miller-run Chevrolet squad to Le Mans has been facilitated by a rejig of the IMSA schedule that followed the publication of the new date for the 24 Hours last week.

A clashing IMSA race at the Virginia International Raceway has been pushed back to 9 October, the original date for the Petit Le Mans series finale at Road Atlanta, which will now run on 13 November.

Chevrolet served notice of its intent to return to Le Mans by entering one C8.R for the Algarve WEC round, which has now been pushed back from April to June. 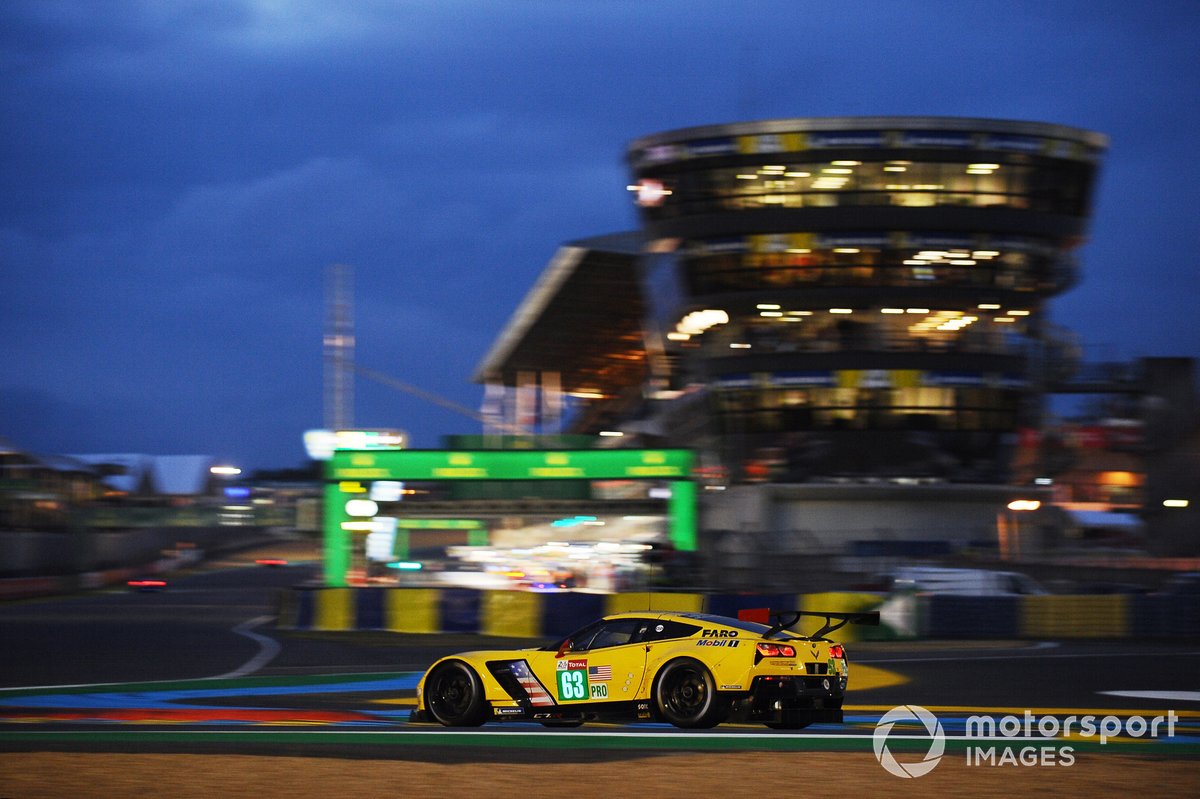 The confirmation of the return of Corvette Racing and the entry of the Proton Competition-run WeatherTech Racing Porsche 911 RSR increase the GTE Pro entry to seven cars.

The US entrants join the two AF Corse Ferrari 488 GTE Evos and the Manthey-run Porsches contesting the full WEC.

Five entries in the new Hypercar class, 25 in LMP2 and 24 in GTE Am bring the field up to the record 62 cars that started Le Mans in 2019 after the addition of two garages at the beginning of the pitlane.

Last year's grid dropped to 59 cars after a series of withdrawals.

The five cars in the top Hypercar category on the entry announced on Tuesday is the same number that took part in LMP1 last year.

The class is made up of the two Le Mans Hypercars fielded by Toyota and Glickenhaus, plus the solo P1 Alpine-badged ORECA-Gibson run by Signatech, which are all contesting the full WEC.

LMP2 is numerically the strongest class, with 11 of the 25 cars entered in the new Pro-Am sub-category for line-ups including a bronze driver.

Risi Competizione, which has three Le Mans class wins with Ferrari to its name, is returning to the race in LMP2 for its first prototype appearance since racing at the 2001 Daytona 24 Hours with a Ferrari 333SP.

Its move from the GTE ranks comes in the wake of Ferrari's announcement that it is developing an LMH contender for 2023.

Former Audi LMP1 driver Oliver Jarvis, who raced in GTE Pro for the team in 2019, and European Le Mans Series regular Ryan Cullen are listed against the Risi ORECA-Gibson 07. 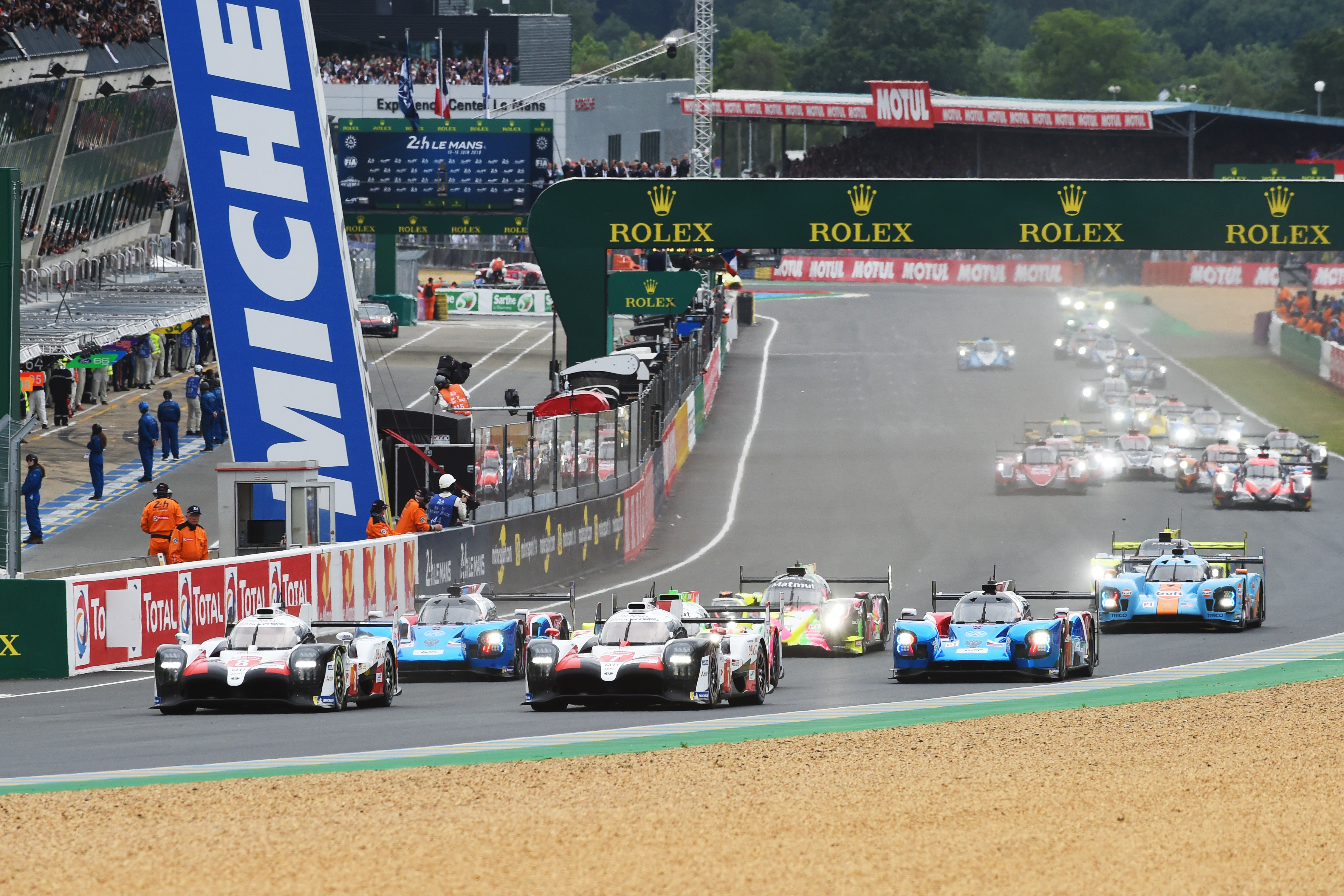 United Autosports has taken up two of its automatic invites for Le Mans, which together with its full WEC entry bring its entry to three cars.

Ex-Formula 1 racer Paul di Resta and Nico Jamin, who is racing for the team in the 2021 ELMS, are the only drivers confirmed for the additional cars.

The Belgian WRT team has landed a second entry to race alongside its WEC car.

The extra ORECA will be raced by Alfa Romeo F1 reserve Robert Kubica, Louis Deletraz and Yifei Yi, who will also drive the car in the ELMS.

Ex-F1 driver Narain Karthikeyan will return to Le Mans in a Ligier-Gibson JSP217 entered under the Racing Team India banner and run by the Eurasia team.

Top Asian GT3 team Absolute Racing is set to make its Le Mans debut in GTE Am with a Porsche 911 RSR.

The Garage 56 entry slot for an 'innovative car' will be taken by the SRT41 squad run by quadruple amputee Frederic Sausset, who raced at Le Mans in 2016.

He has revived his plans to field an ORECA LMP2 car for a line-up of three disabled drivers after being forced to withdraw last year on financial grounds.

Due to the race's postponement until 21-22 August, the ACO hasn't put together a reserve list yet.

Instead, it will open a two-week registration period next week for competitors wishing to join the reserve list.

Here is the full entry list for the 89th running of the Le Mans 24 Hours, including drivers confirmed so far.