Penske driver Power's third pole of the 2018 IndyCar Series season at Pocono on Saturday elevated him to joint second with Foyt in the combined statistics on 53 poles, 14 behind record-holder Mario Andretti.

"I never thought I'd be up in that sort of company, to be next to AJ Foyt's name.

"I wouldn't have expected that when I started my career; it's so amazing."

Asked if he thought Andretti's mark was reachable, Power replied: "I thought about that, and I thought about how many times I've lost pole by like a hundredth of a second this year.

"It is possible to reach that, but I'm just happy to be next to AJ Foyt."

Power has already signed a multi-year deal to extend his relationship with Penske, which began in 2009, beyond this season.

His maiden pole came at the Surfers Paradise Champ Car race with Team Australia in his first full season of US single-seater racing in 2006. 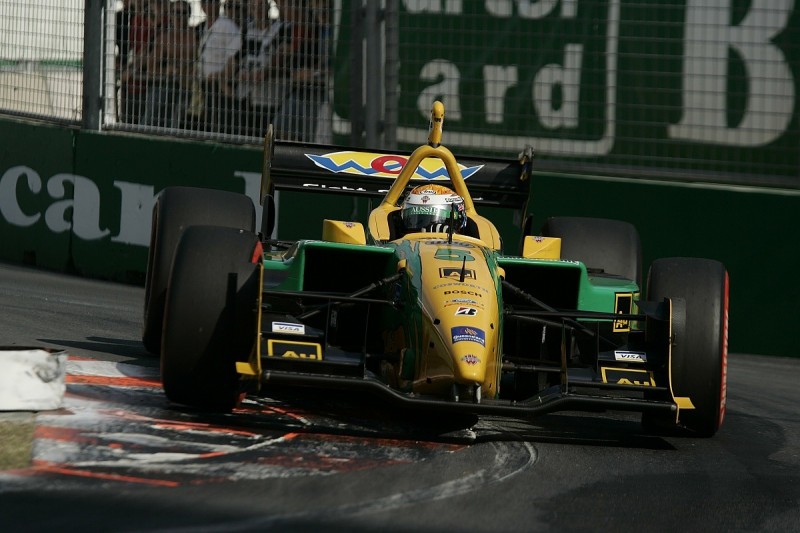 The 2014 champion said his Pocono pole was a result of taking out more wing than his team-mates.

He turned a first lap 1.3mph faster than anyone else's, and a second lap above the 219mph barrier gave him pole by 0.7mph.

"I trimmed out a bit more," Power explained. "Obviously the car was handling reasonably well. A very, very good, solid first lap, a big first lap. Obviously drop-off in the second lap - I had to lift out of Turn 1 - but it was still fast.

"We just nailed the gear and everything for that run."

Power is currently fourth in the championship, 86 points behind leader Scott Dixon - who only qualified 13th at Pocono.

"We just need to have a good day in relation to Scott, because that's the points deficit that we need to close," said Power.

"The couple of guys in front of me [Alexander Rossi and Josef Newgarden] are easily able to be caught, but Dixon's lead is pretty big for me.

Power believes "they nailed it in a lot of respects" and expects "good racing", adding that the passing difficulties in this year's Indianapolis 500 - which he won - were more the result of very hot temperatures than the aero configuration.

"Indy this year was the worst-case scenario as far as grip goes," he said.

"Doesn't matter what bodykit you have on a hot day like that."

The field will go into Sunday's 500-mile race without a final practice session after rain hit on Saturday afternoon, leaving just the hour-long Saturday morning session and qualifying as pre-race running.