Power set a stunning two-lap average speed of 219.511mph on the 2.5-mile triangular oval circuit, which was close to 2mph quicker than the previous best at that point. His first lap nearly beat the 220mph barrier at 219.942mph.

He has won the last two IndyCar Pocono races as well as triumphing in the previous 500-mile superspeedway race, the Indianapolis 500.

Power's team-mate Josef Newgarden ensured an all-Penske front row with a 218.802mph average and was just ahead of second in the standings Alexander Rossi of Andretti Autosport, who set a 218.758mph mark.

Dixon could only manage 13th in the starting order with a 216.410mph average. He complained about understeer afterwards. He can take some comfort from having won the 2013 Pocono IndyCar round from 17th on the grid.

Ryan Hunter-Reay of Andretti Autosport was fourth with a 217.806mph mark that pipped the third Penske driver Simon Pagenaud, in fifth with an average of 217.769mph. 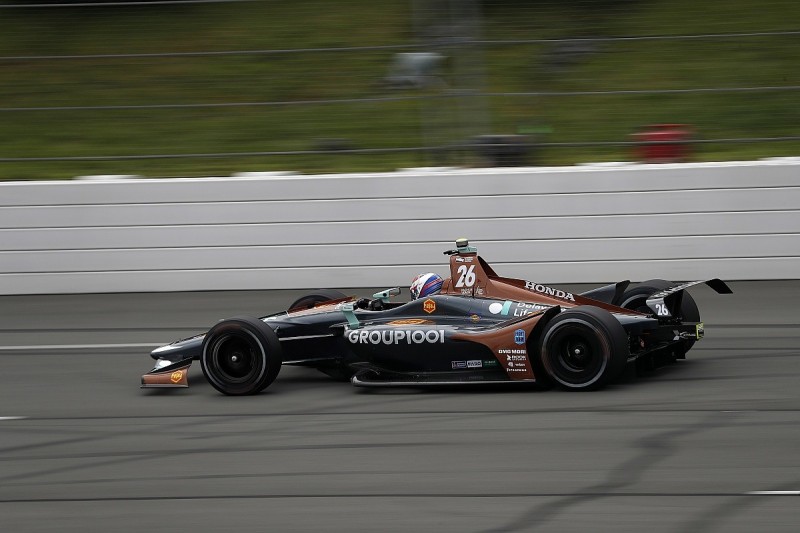 Hunter-Reay's Andretti Autosport team-mate Zach Veach, the fifth to run of 22 in the one-by-one qualifying, topped the times for much of the session with a 217.587mph mark having also led practice running earlier in the day.

He was edged down by those higher in the championship table running later in the order, to end up seventh.

The qualifying session at 'The Tricky Triangle' Pocono track was held in difficult gusty conditions with variable cloud cover, and was the teams' first qualifying using IndyCar's revised superspeedway package.