New IndyCar winner Rinus VeeKay admitted he was in tears after the Ed Carpenter Racing driver scored the biggest victory of his career in the Grand Prix of Indianapolis.

VeeKay, who was accompanied for the result by his parents, said the result felt “surreal” as he became the first Dutchman to win an Indycar race since Robert Doornbos at San Jose in 2007.

“I've never cried when I won a race, but I have done today. So did my parents,” VeeKay said.

“It's just amazing. Their lives have revolved around me for a very long time to make this possible for me, and I'm extremely grateful.

“I think I will kind of get the feeling more once I wake up tomorrow morning, but it's just great that they can be here and enjoy this moment with me.” 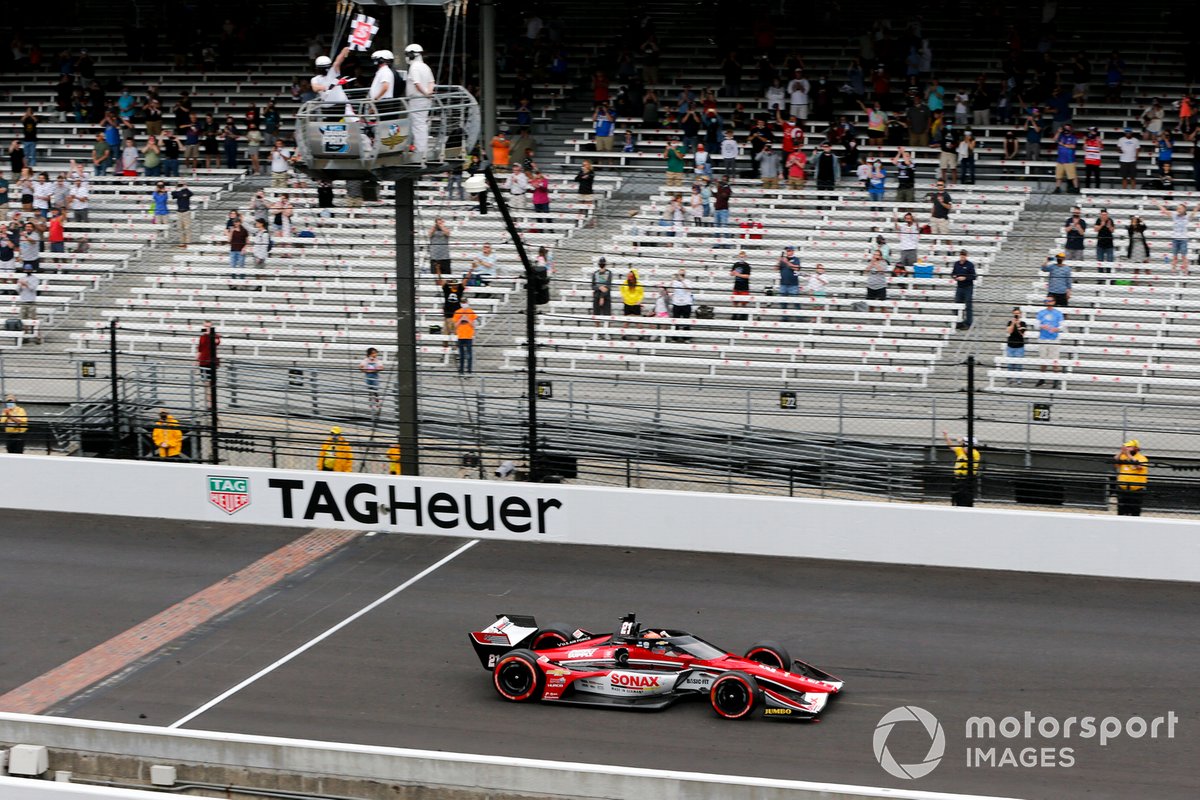 Regarding his success on the 2.439-mile IMS roadcourse, VeeKay said: “I like this track, especially when you have a good car. It's always more fun. This is a track that really suits me. Got to be quick, but you can also attack and pass, and there's many, many opportunities to move forward. That's exactly what I could do today, so I'm very happy. Really have to thank the team.

“This morning, we started in the warmup fastest lap time. Of course, doesn't say too much, but the car felt amazing, very good on the long run, even though we only ran blacks. But then we went to the reds, learned from last year because we had many races here, that the reds were very good in the long run, and [we] had a great ability to pass other cars, and strategy was amazing by the team. So everything was just on it.

“An amazing day, and definitely one I will remember for the rest of my life.”

Following an early second pitstop, VeeKay was on alternate compound Firestones when he encountered one of his prime rivals Alex Palou being inadvertently held up by his Chip Ganassi Racing-Honda teammate Jimmie Johnson who emerged from his second stop at the same time. Palou on cold primary compound tires was struggling to get them up to temperature and get around Johnson as the trio headed onto the back straight.

Johnson moved right to let Palou past, but Palou had to move hard left as he was warned to defend from the rapidly-approaching VeeKay. The Ed Carpenter car had just enough momentum to drive between them and pass Palou around the outside into Turn 7.

Describing the moment, VeeKay said: “I saw they were coming out of pit lane, but I knew they were teammates, so they have cold tires. I had just hit kind of the peak of my tires on the reds, so I knew I had to get by and kind of get a gap.

“Alex defended on the back straight. Jimmie drove the normal line. There was just about one car width space between them and I went for it. I knew there were a lot of marbles on track, so didn't want to get the tires too dirty, so I stuck it between there, and I know Jimmie is a smart driver, same for Alex, and yeah, kind of hoped they would see me, and they did.

“I was very happy that I could stick that move, and definitely gave me a big adrenaline kick!… I like passing. As spectacular as possible would be nice!…I'm very, very happy that I've got the car to do it with. Definitely makes passing a whole lot easier.”