IndyCar rookie Romain Grosjean says traffic cost him a shot at his first series victory in the Grand Prix of Indianapolis, after the pole-sitter finished second to Rinus VeeKay.

VeeKay, who had started on primary compound Firestones, had stopped six laps earlier and his softer compound red-walled tyres were fully up to temperature as he came up to Grosjean on primaries.

However, Grosjean felt that uncooperative backmarkers had been more decisive in his defeat to first-time winner Veekay than tyre strategy, as he had to battle past Juan Pablo Montoya (Arrow McLaren SP), lost time to Takuma Sato (Rahal Letterman Lanigan) when the Japanese unlapped himself and then spent several laps stuck behind Sebastien Bourdais (AJ Foyt Racing) on new tyres.

Grosjean eventually came home 4.95s adrift and lamented that blue flags hadn't been utilised more to allow the leaders through.

“In Formula 1, I was shown the blue flags quite a bit over the last few years and it was terrible for us!” he said.

“[But] the leader complained that it wasn’t good enough. Today I wish [blue flags were shown] more often because I was the guy that was chasing them, but it’s the rule that IndyCar use.

“Is there room for improvement? Probably. Is there a perfect solution, but definitely traffic cost us the win today.” 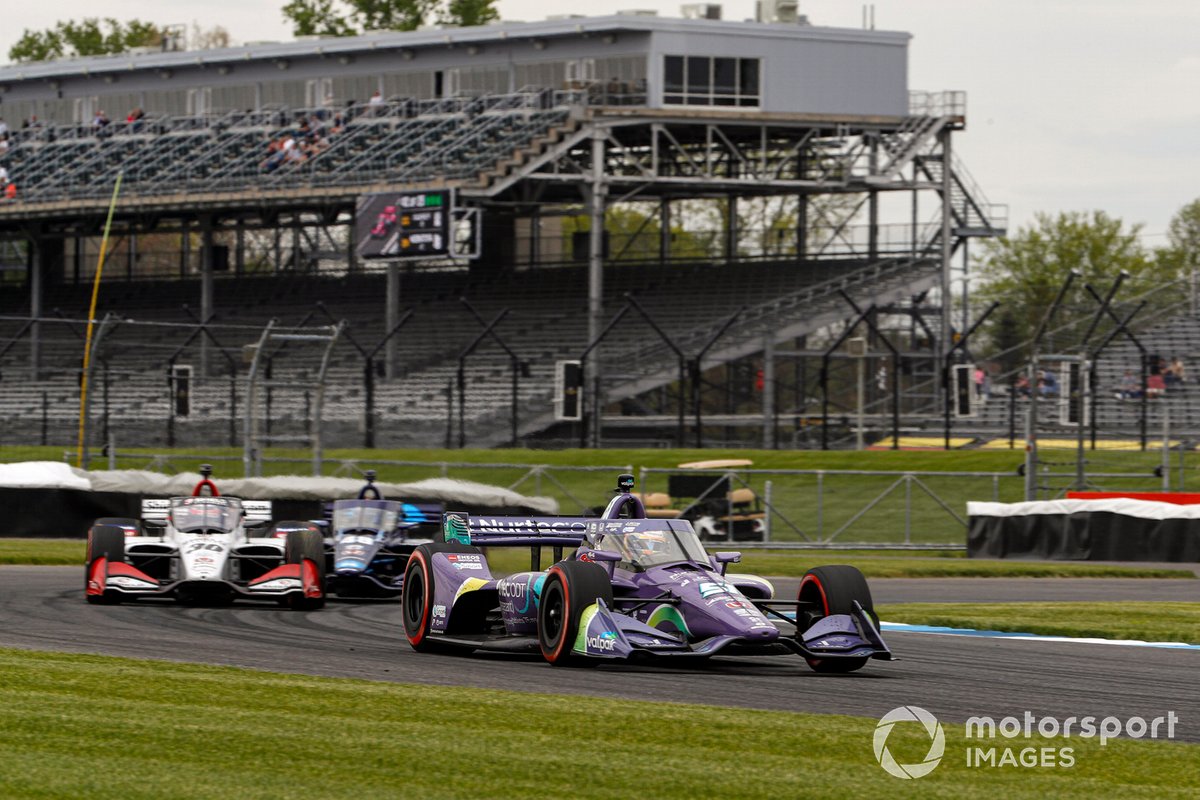 Asked if the extensive build up of marbles off-line had discouraged drivers from going off line in the heavy brake zones, Grosjean said that it wasn't “the biggest issue”.

“I think the fact that the backmarker can use the push-to-pass to defend from the leader, that’s a bit more annoying,” he said.

“You use your push-to-pass… well you should use actually use it to fight Rinus or Alex [Palou] today. You don’t want to use it [on a backmarker].

“I think we were also a bit short in sixth gear because the wind changed a bit direction so I was actually hitting the limiter. Didn’t make my life easier to overtake the guys.

“With Takuma it was a bit on the limit, I would say, and another car as well. If you lose three seconds over two laps and another couple of seconds passing a guy – that’s five seconds – and that would have been more than enough to keep Rinus behind us.”