Rinus VeeKay, who scored his first IndyCar victory on Saturday, has paid tribute to the education he received from the Road To Indy junior formulas and from former Indy car star Arie Luyendyk.

The Ed Carpenter Racing-Chevrolet driver led 33 of the race’s 85 laps, carving through from seventh on the grid to beat polesitter and early race pace-setter Romain Grosjean and dominate the final stint.

VeeKay’s triumph means he’s the first driver since the Road To Indy was formalised in 2010 to win in all three junior categories – USF2000, Indy Pro 2000 [née Pro Mazda] and Indy Lights – and then win at the top level.

In 2017, VeeKay scored three wins and nine other podiums on his way to second in USF2000, driving for Pabst Racing.

The following season in Pro Mazda, he delivered the championship to Juncos Racing with seven wins and three podiums, while for Indy Lights in 2019 he remained with Juncos and scored six wins and seven other podiums to finish runner-up. 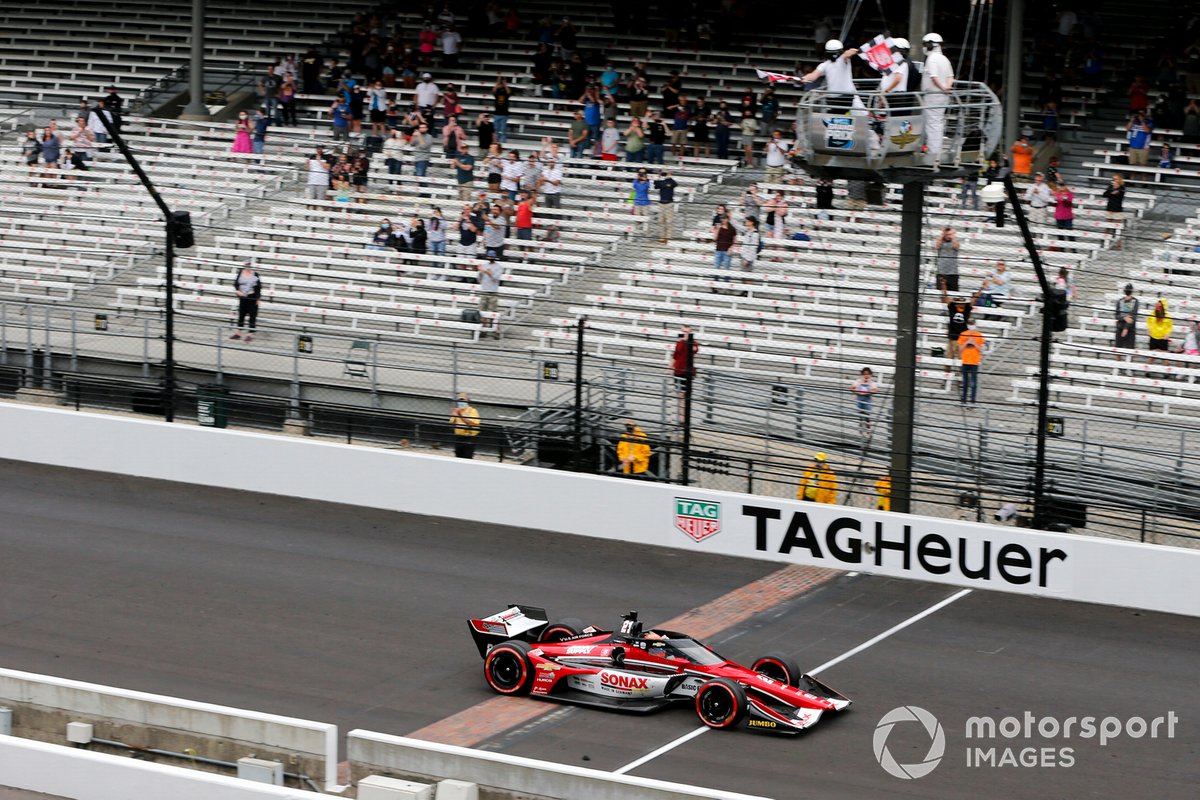 VeeKay has also been consistently strong on the Indianapolis Motor Speedway’s 2.439-mile road course, taking podiums there in all three Road To Indy categories – including a win in Indy Lights. Then in his rookie IndyCar season with Carpenter’s team last year which eventually resulted in the Rookie of the Year title, he scored his first top-five finish on Indy Road course in July, while in October’s double-header there, the Harvest Grand Prix, he took his first pole and first podium.

“It's amazing,” said the 20-year-old Dutchman. “Of course my first-ever test in USF2000 in that new car was here. That was the Chris Griffis [Memorial] test in 2016. So yeah, just amazing to have so much experience on this track and go through all the ladder systems and win races and know how to race here… I'm very grateful for what the Road to Indy has done to me.”

He later expanded on the point, stating: “It's definitely unique that there's a scholarship system. It really prepares you. You're always driving before IndyCar in the same weekends, and you see the IndyCars going and you can see the races in real life but you can also race on the tracks you're going to race in an IndyCar.

“I have done many passes, many laps on this track before in all sorts of cars, and it definitely prepared me. I knew everything that could happen in every corner, every scenario, just because of the Road To Indy. So very grateful that I had the opportunity to do that and be successful in the Road to Indy, and yeah, show that if you can win in Road to Indy, you can win an IndyCar race.”

VeeKay also acknowledged the help he received from fellow Dutchman Arie Luyendyk, who now works as a steward in IndyCar Race Control. Luyendyk, now 67, scored seven wins, including two Indy 500 triumphs, and five poles – three of which came in the 500.

“Arie has been around for a very long time,” said VeeKay. “I actually met him at the Indy 500 in 2016, here in Indianapolis at the Union Jack's Pub in a meet-and-greet!

“It's great to have Arie here, and yeah, he has given me a lot of tips but also very good guidance about watching out for any rule changes. Him being an official or steward, he gives me good tips and many reminders that really help me out. Yeah, just little tips and a lot of good atmosphere he gives to me so I can win the race.”

His victory, just a day before the fifth anniversary of Max Verstappen’s first Formula 1 win, would mean a lot to his compatriots, said VeeKay.

“I could already see many VeeKay fans here,” he said, “but I think this is definitely a big step forward. I kind of proved myself today, so I think Dutch people are always very proud of their countrymen, and yeah, I think this is the best thing I could do today to get the Dutch army bigger than ever.

“Of course I kind of had to show that I could win. That was kind of a pressure. But now that I've done it, I think I would like to continue doing it! Dutch fans love Dutch success, so I think because of this, more fans are going to follow me.

"I've showed that I can win, and yeah, I can do it more often. Very happy and very happy that so many Dutch people are following me already.”