Sebring times traditionally mean little, especially with most teams being cautious in revealing when they were running a qualifying lap simulation.

But Dixon's 51.13-second lap time on Tuesday and Ganassi's monopoly of the leading positions suggests good progress for the team as it adjusts to the Honda aerokit, having swapped from Chevrolet over the winter.

Charlie Kimball, Max Chilton and Tony Kanaan were next up behind Dixon.

Will Power narrowly edged his reigning champion Penske team-mate Simon Pagenaud for fifth, with Helio Castroneves turning 86 laps, the most of anyone, in seventh. 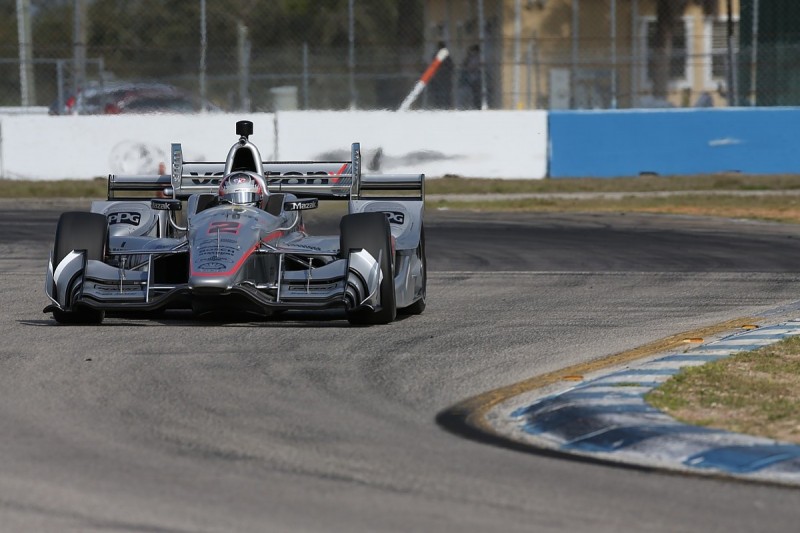 Ed Jones lost over two hours of track time while the Dale Coyne Racing team searched for an electrical gremlin, and was not accompanied by his team-mate, as Sebastien Bourdais had completed a test day earlier in the month.

Mikhail Aleshin, in his first road course experience of an IndyCar since last year's season finale at Sonoma, did an impressive job to draw within 0.03s of Schmidt Peterson team-mate James Hinchcliffe as they took 11th and 12th behind AJ Foyt pair Carlos Munoz and Conor Daly.

Andretti Autosport-Honda will run on Wednesday instead, while SPM stays on to test sportscar racer Pipo Derani and AutoGP champion Luis Michael Dorrbecker.