Robert Wickens reckons the DTM is closer to IndyCar performance than people would expect, after trying Schmidt-Peterson's Dallara-Honda in the first part of a 'seat swap' with James Hinchcliffe

Long-time friends Wickens and Hinchcliffe arranged the reciprocal tests in each other's cars last month, with Mercedes DTM driver Wickens getting his IndyCar run at Sebring on Tuesday.

"I think a lot of people underestimate how much downforce a DTM car has," Wickens told Autosport.

"It's not just another touring car. Compared with the IndyCar, the power-to-weight ratio is similar, and I was expecting a bit more poke from an IndyCar.

"It's very impressive at the top end, but I expected more torque, more traction issues.

"The high-speed grip was impressive, but I knew it was going to be so I was mentally prepared for that, but the braking was pretty strong.

"Having said that, in terms of braking references and where I thought I'd have to brake, it was kind of where I would have done the same thing in a DTM car.

"So the similarities are quite surprising considering how different the basic concepts of the cars are."

Wickens lapped in the high 52-second bracket in the IndyCar, compared to Hinchcliffe's 52.0s and Tuesday test pacesetter Scott Dixon's 52.1s. He predicted a DTM lap of the Sebring short course would be "a 56s or a 57s. For a tin-top, that's pretty good".

Hinchcliffe will get his outing in the DTM Mercedes at Vallelunga on March 17. 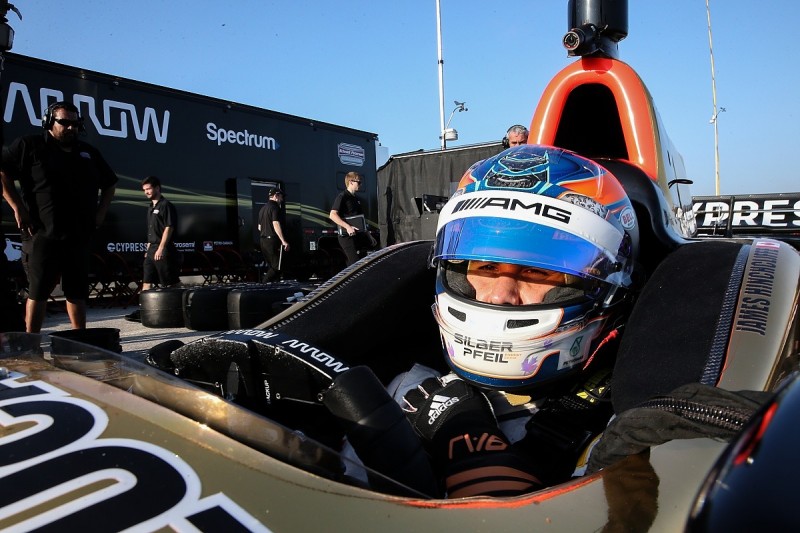 His European career then included runner-up finishes in Formula 2 and GP3, plus the 2011 Formula Renault 3.5 title, before his DTM move.

The IndyCar run was his first time in a single-seater since a Marussia Formula 1 test at the end of 2011.

"I still have a lot more experience in single seaters than in closed-cockpit, so it wasn't too hard to get back," said Wickens.

"When I had the seat fitting at Schmidt Peterson's base at Indy, it was weird sitting in a cockpit with my arse lower than my legs again, but as soon as I left the pits on an out/in installation lap, it felt natural again.

"The most amazing part of the F1 experience is releasing the pitspeed limiter because the acceleration is just insane, and then so are the brakes.

"I was expecting a little bit of that with the IndyCar because when you put it in gear from rest in pitlane, it really clunks in with authority, but actually releasing the pitlane speed limiter... I don't want it to say it was a bit flat, but there wasn't that instant 'Wow.'

"There's less torque than you expect, the delivery's more smooth." 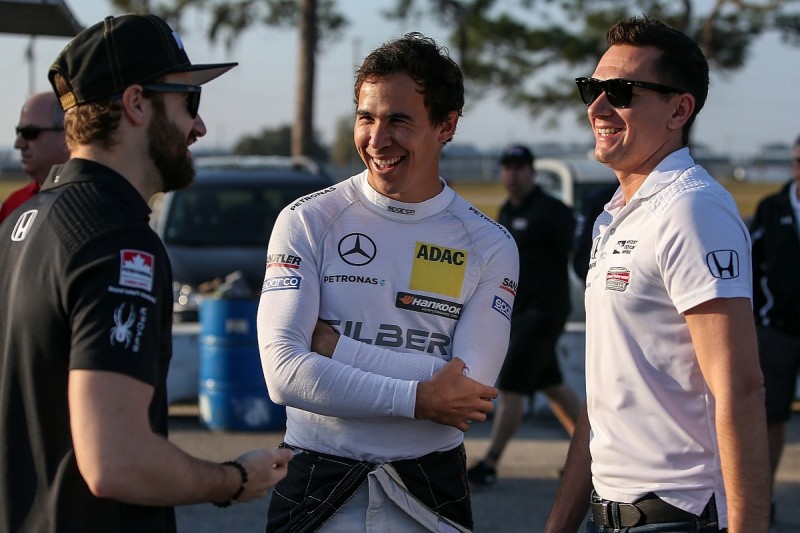